Sotheby’s will auction a $60-million Francis Bacon triptych in New York in May.

Francis Bacon, Triptych Inspired by the Oresteia of Aeschylus, 1981. Est. in excess of $60 million. Courtesy Sotheby’s.

Francis Bacon’s large-format Triptych Inspired by the Oresteia of Aeschylus (1981) will hit the auction block during Sotheby’s evening sale of contemporary art on May 13th in New York, where it is expected to fetch at least $60 million.

The work is one of 28 large-format triptychs that Bacon created between 1962 and 1991. It measures 78 inches tall and is only the sixth large-scale Bacon triptych to ever go to auction. It is based on Aeschylus’s trilogy of Greek tragedies from the 5th century B.C.E, the same text that Bacon mined for his 1962 work Three Studies for Figures at the Base of the Crucifixion, which launched the artist to international acclaim. It is the first Bacon triptych to come to auction since 2014; a year earlier, another of his triptychs, Three Studies of Lucian Freud (1969), set a new auction record for the most expensive artwork ever sold when it fetched $142.4 million at a Christie’s sale in New York.

Alex Branczik, Head of Contemporary Art for Sotheby’s Europe, described the work in a statement:

Francis Bacon is the great tragedian of his age. In this ambitious triptych, the painter confronts Aeschylus, the progenitor of tragedy, so that the timeless power of the Ancient Greek genre is brought to bear on the human condition in the 20th century. The result is an arresting and original vision, a true masterpiece that confirms Bacon’s standing in the pantheon of modern masters.

The work comes from the estate of the Norwegian collector Hans Rasmus Astrup. The businessman first bought Triptych in 1984, and it later entered the care of Rasmus’s private museum in Oslo, Astrup Fearnley Museet, after its founding in 1993. In 2013, Astrup donated his commercial holdings and art to the Hans Rasmus Astrup Foundation. Proceeds from the work’s sale will go to benefit the foundation and its support of Astrup’s museum. 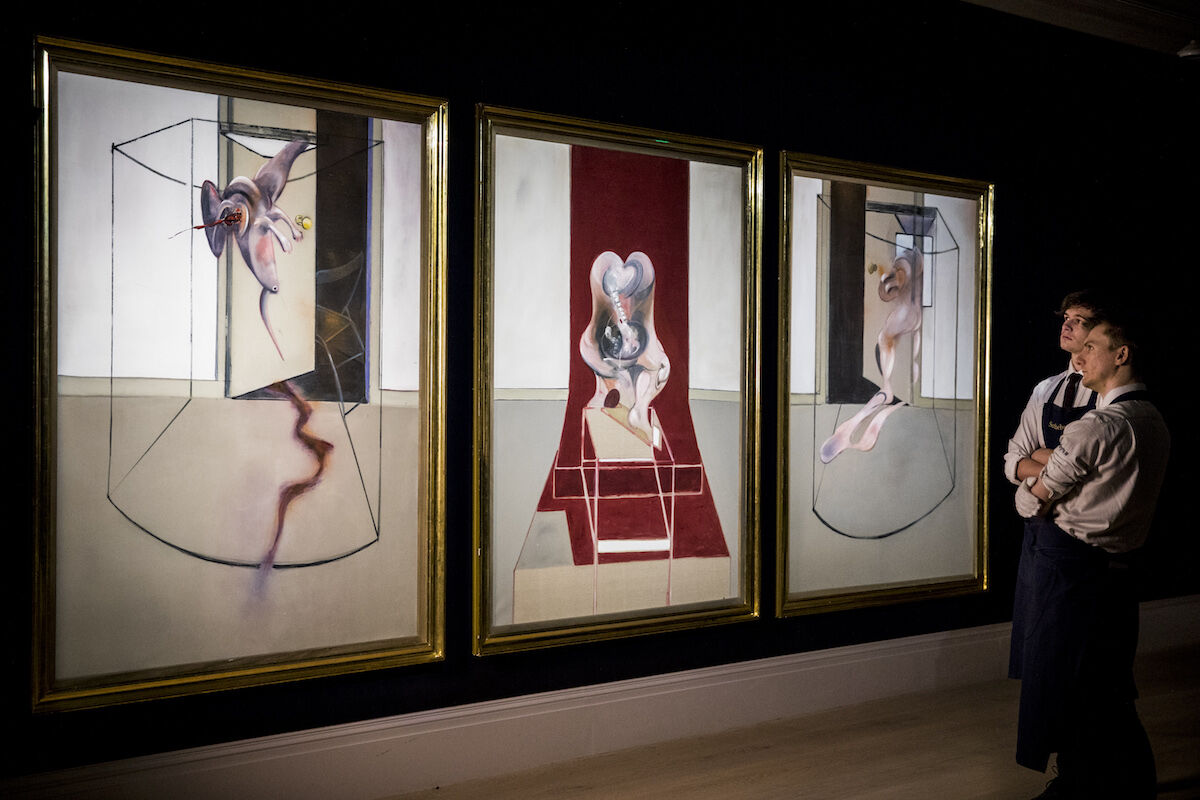 Francis Bacon, Triptych Inspired by the Oresteia of Aeschylus, 1981. Est. in excess of $60 million. Courtesy Sotheby’s.