Sotheby’s will restructure as its new owner and CEO clean house. 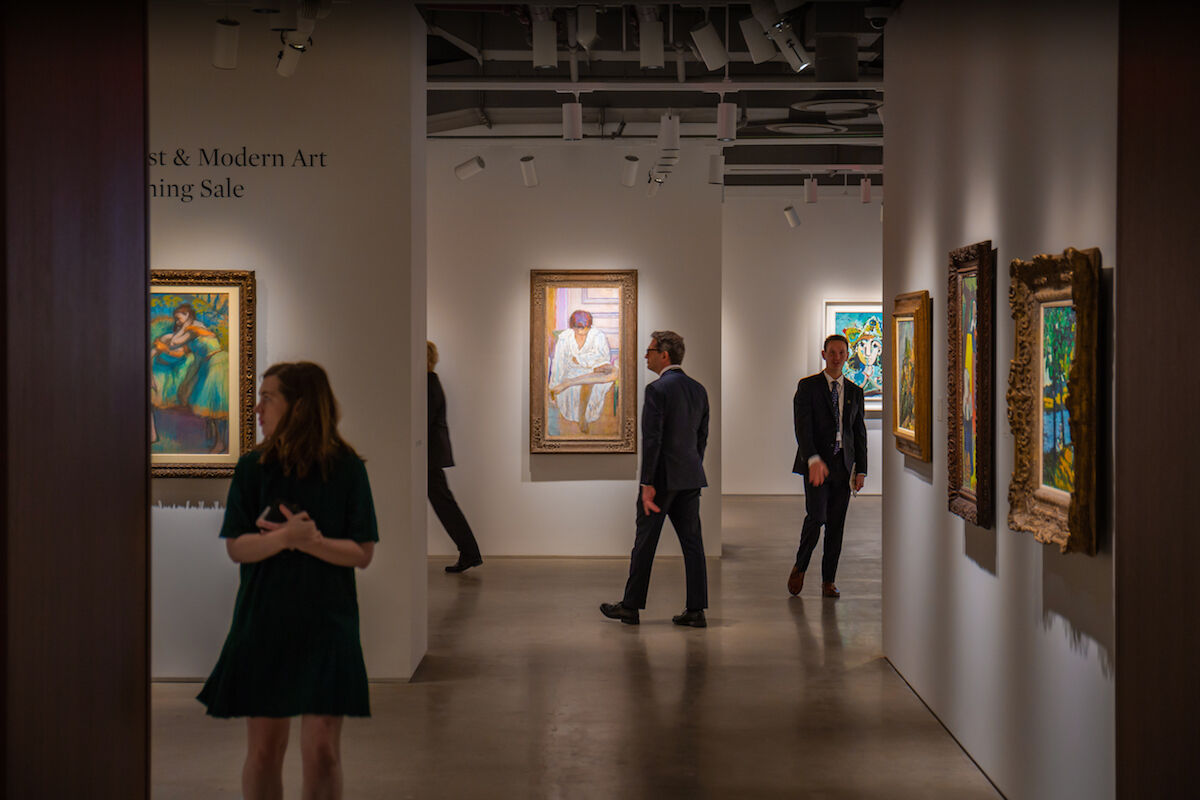 The Impressionist and modern art galleries at the New York headquarters of Sotheby’s. Photo courtesy Sotheby’s.

Amy Cappellazzo, chairman of the current Fine Art division, will oversee the expanded Fine Arts division. She was a founder of the advisory firm Art Agency, Partners, which Sotheby’s acquired in 2016. A newly created Product and Technology unit will aid both departments; it will be headed by Stefan Pepe, who comes from 10 years of working at Amazon.

By streamlining the auction house into two divisions, Stewart hopes to “reduce the current silos that exist between fine arts, business development, and regional organizations,” according to The Art Newspaper.

The French-Israeli telecom billionaire Patrick Drahi acquired Sotheby’s earlier this year in a deal worth $3.7 billion, took the company private, installed Stewart as CEO, and is now looking to cut costs. Estimates vary, but he may try to cut $66 million to $100 million in expenses next year.