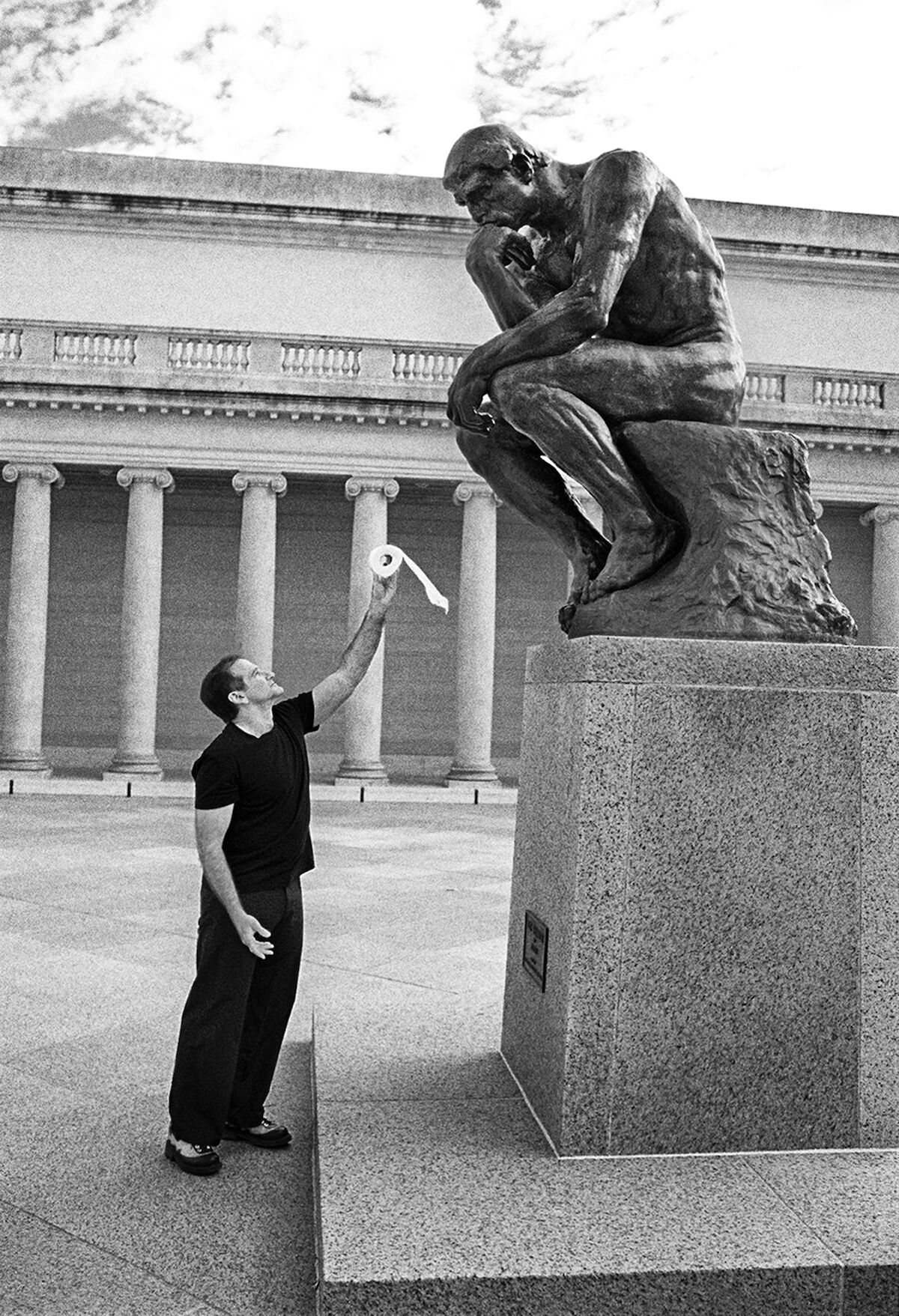 Contemporary art, film memorabilia, furniture and watches once owned by Robin Williams—the beloved actor and comedian who committed suicide in 2014—will be auctioned by Sotheby’s in a dedicated sale at its New York headquarters on October 4. The comedian and his wife, the producer and philanthropist Martha Garces Williams, had assembled the collection over the course of decades. A selection of six items previewed on the Sotheby’s website for the sale—which is entitled “Creating a Stage”—include a Franck Muller watch owned by Williams estimated to sell for $25,000 to $35,000; Deborah Butterfield’s sculpture Madrone (Cody) (2000), estimated to sell for $220,000 to $280,000; and his first-edition copy of Samuel Beckett’s Waiting for Godot (1952), estimated at $1,500 to $2,500.

A heartwarming trailer for the sale splices stills from Williams’s beloved film roles with home movie footage of Williams playing with his children in his homes, and of the artworks that adorned them—including pieces by Niki de Saint-Phalle, and street artists including Banksy, Invader, and Shepard Fairey. The sale will also include personal items such as bicycles and sports memorabilia, and the proceeds will go to a variety of charities, including the Juilliard School, Wounded Warrior Project, the Challenged Athletes Foundation, and the Christopher and Dana Reeve Foundation.