A Spanish billionaire was fined $58 million for trying to smuggle a Picasso out of the country on his yacht. 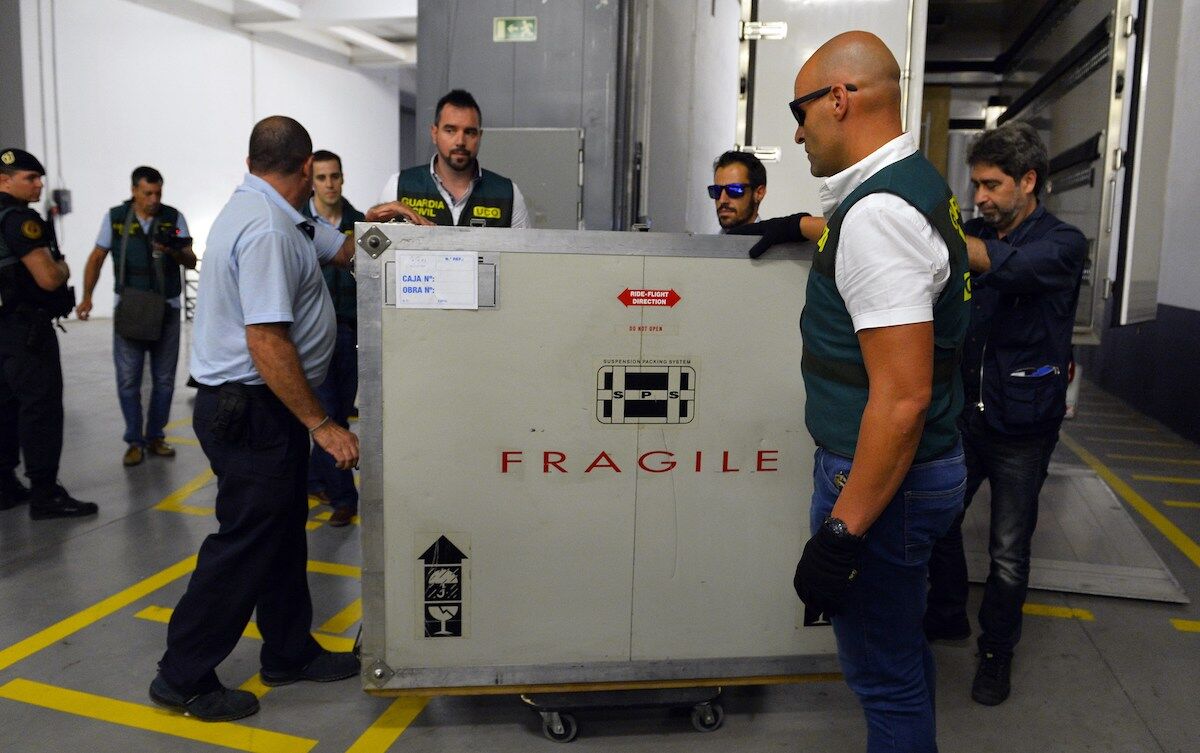 Spanish Civil Guards unload a box containing the Picasso painting Head of a Young Woman at the Reina Sofia museum in Madrid. Photo by Gerard Julien/AFP via Getty Images.

A Spanish billionaire was fined €52 million ($58 million) and sentenced to 18 months in prison after being convicted of trying to smuggle a Picasso painting out of the country. The Spanish master’s work Head of a Young Woman (1906) was seized from Jaime Botín’s yacht in 2015 by French customs officials. It is valued at €26 million ($28 million). Prosecutors allege that Botín was trying to sell the work despite a ban on exporting culturally significant artworks from Spain, while the billionaire argues he was merely taking it to Switzerland for safekeeping.

Botín purchased the work in 1977. A ruling from Madrid’s High Court revealed that Botín consulted a Christie’s auctioneer in 2012 about the work; the specialist said he would need official permission to sell the painting. Botín then took the painting to Valencia and ordered his yacht’s captain to “hide it from the authorities,” according to Reuters.

At age 83, Botín, the ex-chairman of Spanish financial institution Bankinter, is unlikely to serve his prison sentence due to his age and his lack of a previous criminal record (he also still has the option to appeal the verdict). As for Head of a Young Woman, the work is now in the Reina Sofía museum in Madrid, since the Spanish state gained custody of the work. The Reina Sofía is also home to Picasso’s most famous work, Guernica (1937).