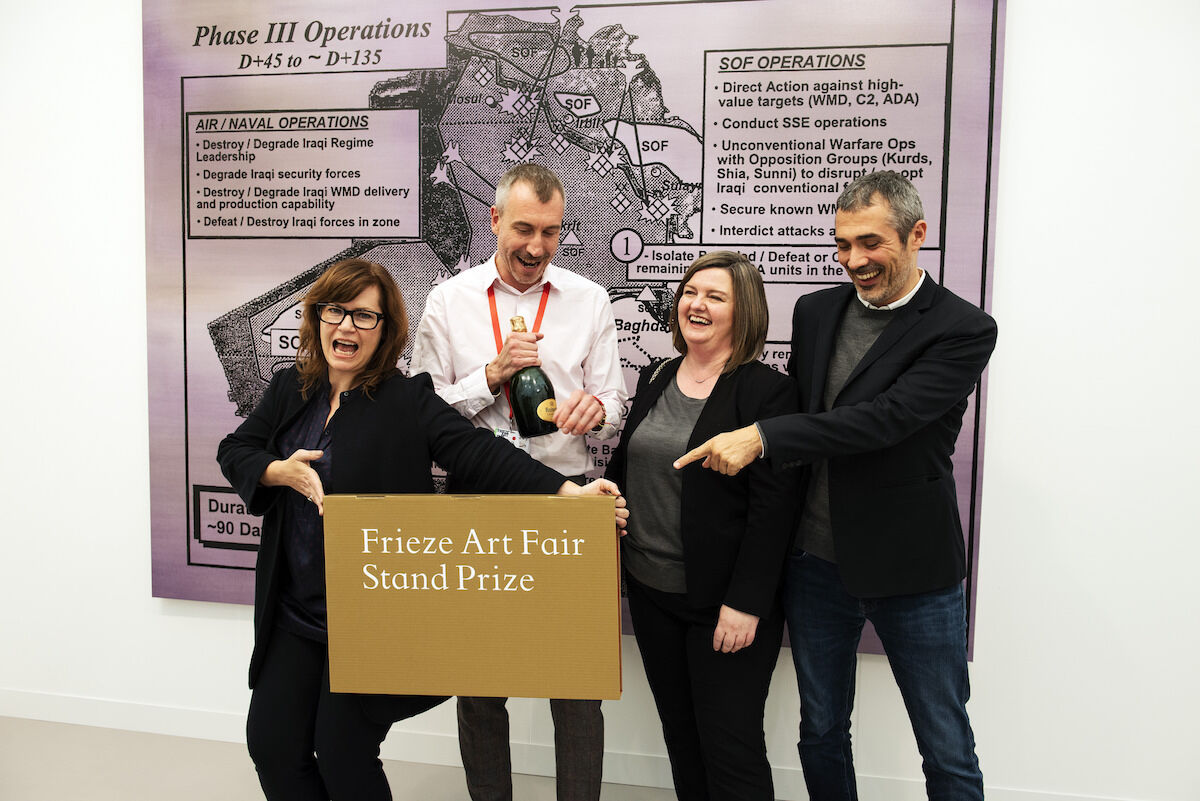 Some news from London, where Frieze and Frieze Masters opened to the public Thursday after a day of invitation-only previews. The fair awarded the 2018 Frieze Stand Prize to Sprüth Magers, the gallery run by dealers Monika Sprüth and Philomene Magers that has spaces in Berlin, London, and Los Angeles. The booth is anchored by Jenny Holzer, and works by the artist at the fair include an LED light banner, paintings based on redacted government documents, and marble footstools inscribed with truisms.

The fair also announced that the inaugural Camden Arts Centre Emerging Arts Prize at Frieze would go to Wong Ping, the Chinese artist who has a solo booth with Edouard Malingue Gallery, which is based in Shanghai and Hong Kong. The prize comes with the guarantee that Ping will get a solo show at the Camden Arts Centre in the next 18 months. 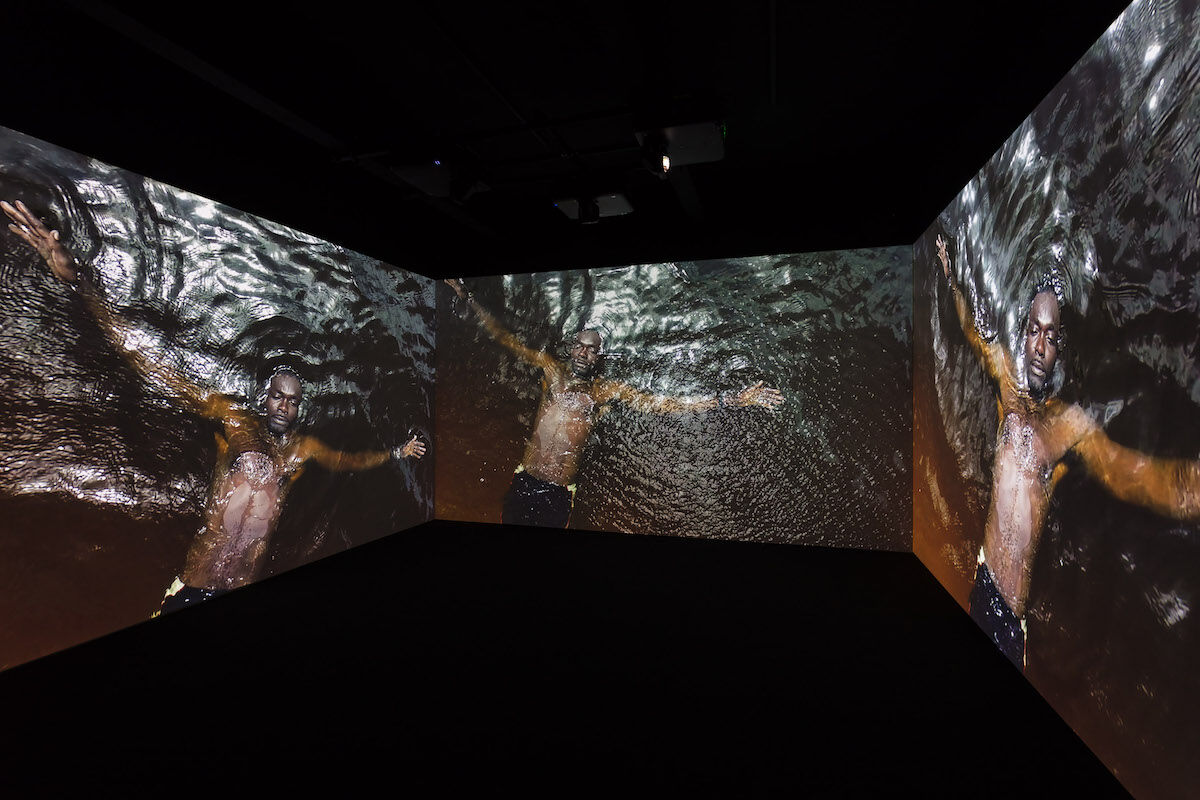 In addition to the prizes, several institutional acquisitions have already occurred at the fair. The Contemporary Art Society bought Kehinde Wiley’s first film installation as well as two works by Zadie Xa. And the Frieze Tate Fund, which is supported by Endeavor, announced four works that it would purchase and donate to the Tate. They are pieces by:

The Frieze Tate Fund has made an important contribution to the national collection of contemporary art at Tate. We are once again excited to be able to select work from Frieze so that a broad public at Tate can experience new art as it emerges. We are extremely grateful both to Endeavor and to Frieze for their support.