Sri Lanka will repair a 175-year-old church damaged in the recent terrorist attacks. 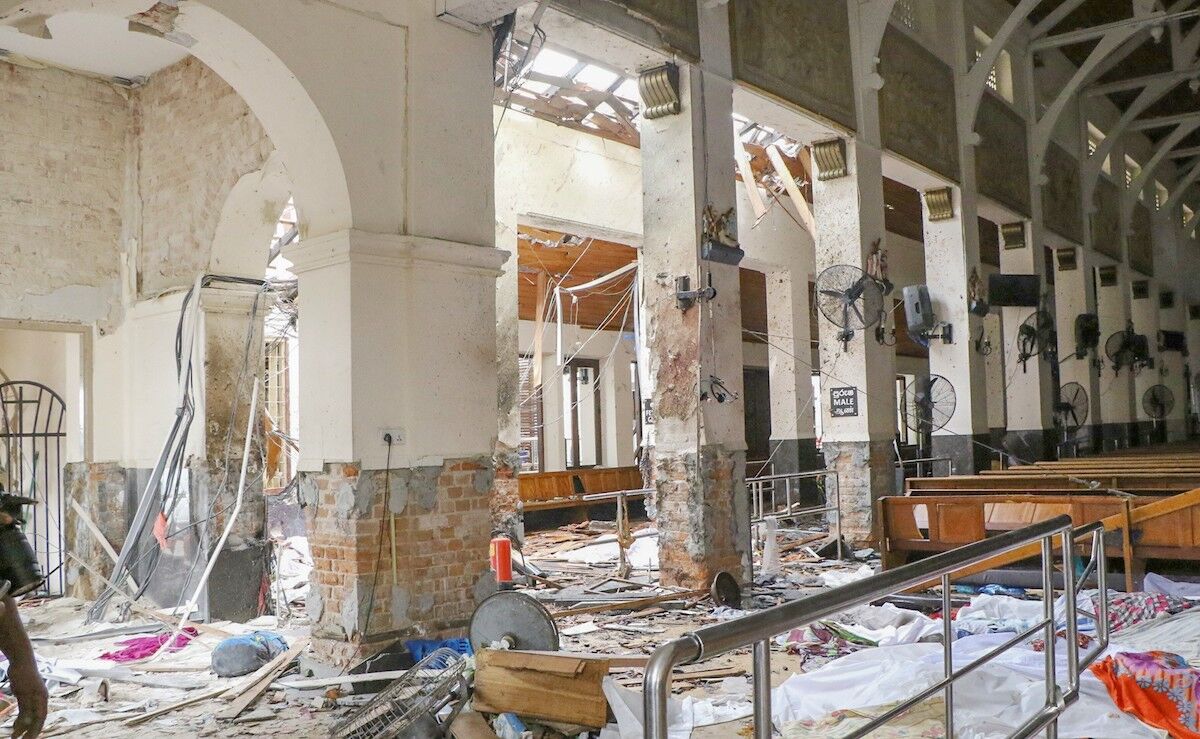 On Easter Sunday, a series of bombings in Sri Lanka killed over 350 people and injured at least 500 at churches across the country and high-end hotels in the capital city. The attacks come just weeks before the 10-year anniversary of the end of Sri Lanka’s Civil War and mark the first suicide bombing since the end of the 25-year conflict, during which public places including a major bank, busses, and railways stations were targets of suicide bombings by the Tamil Tigers separatist organization.

Despite Sri Lanka’s history of violence, the Easter attacks have little to do with residual ethnic tensions on the island— which, historically, have existed between the Sinhalese Buddhist majority and Tamil minority. On Tuesday, ISIS claimed responsibility for the bombings targetting Christians celebrating Easter. Authorities on the ground in Sri Lanka also identified the leader of a local extremist group, Mohammed Zaharan, in videos related to the attack.

As the country begins mourning the devastating loss of hundreds in the days following the attacks, Sri Lanka’s Minister of housing, construction, and cultural affairs, Sajith Premadasa, has announced plans to rebuild St. Anthony’s Shrine, a Roman Catholic church in Colombo and one of the three bombed in the coordinated attacks. Colombo’s Archbishop Cardinal Ranjith will oversee the reconstruction of the 175-year-old church.

St. Anthony’s is a national shrine and place of pilgrimage for Christians on the island who, today, make up 7.6% of the population. According to Sri Lanka’s Ministry of Christian Affairs, while Sri Lanka was under colonial rule British Governor Henry Edward McCallum tried to acquire the church’s land for a port, but the Colombo Port Improvement Commission fought back, noting: “the Church is held in peculiar veneration by the native Roman Catholic population, not only of the western littoral but of the whole Island.”

Protestant Zion Church in Batticaloa (about 187 miles east of Colombo) and St. Sebastian’s Church in Negombo (20 miles north of Colombo) were also bombed in the attacks. In the hours after, images of rubble, blood-spattered walls, and mangled religious figurines surfaced on social media. Dharisha Bastians, editor at Sri Lanka’s Sunday Observer newspaper, tweeted photos of the ruins from St. Sebastian’s.

The Knights of Columbus have sent $100,000 in aid to Cardinal Ranjith for the “rebuilding and repair of his Christian community” in the aftermath of the terror. On Monday, Minister of Economic Reforms and Public Distribution Harsha de Silva tweeted about the reconstruction: “we as a nation shall rise from the ashes. Stop hate. Spread peace.”