A statue of a child in a hazmat suit has riled residents of Fukushima. 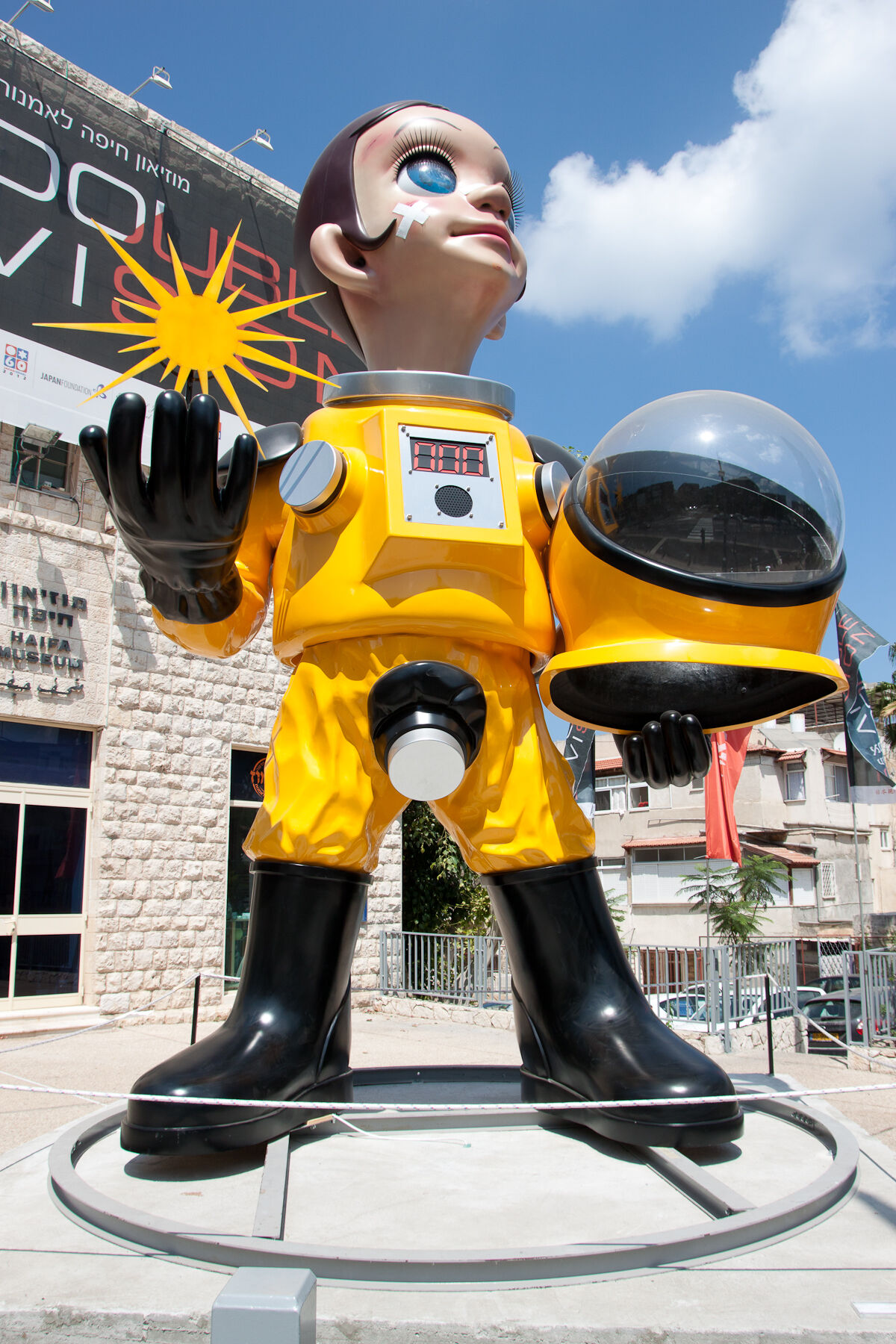 Kenji Yanobe's "Sun Child" (2011) outside the Haifa Museum of Art in 2012. Photo by Oren Rozen, via Wikimedia Commons.

Three Mile Island, Chernobyl, Fukushima—each site evokes a certain anxiety about the dangers of nuclear energy, and it is exactly this stigma that has residents of the Fukushima Prefecture up in arms about a newly unveiled statue outside Fukushima’s train station featuring a child in a hazmat suit.

Sun Child (2011), created by artist Kenji Yanobe, was installed by city government on August 3rd and has since faced a backlash from citizens calling for its removal.

Yanobe has taken the criticism well saying, “I wanted to make a work that encourages people [in Fukushima] … and made the statue of a child standing up bravely and strongly against any difficulties it faces,” but, he admitted, “I should have paid more attention to the fact that accurate knowledge about radiation is needed much more now than before the disaster.”

“It shows a boy smiling after taking off his protective helmet in an environment where the amount of radiation is zero. It symbolizes hopes for reconstruction and rebirth,” Fukushima Mayor Hiroshi Kohata said at a July 6th press conference. On Monday, Kohata said he would listen to residents’ complaints and consider next steps.

The 2011 disaster, which forced more than 200,000 people to leave their homes due to concerns about nuclear contamination, has been fodder for artists before, including an inaccessible 2015 show inside the exclusion zone.