A stolen $15,000 wooden monkey was returned to a Danish art museum. 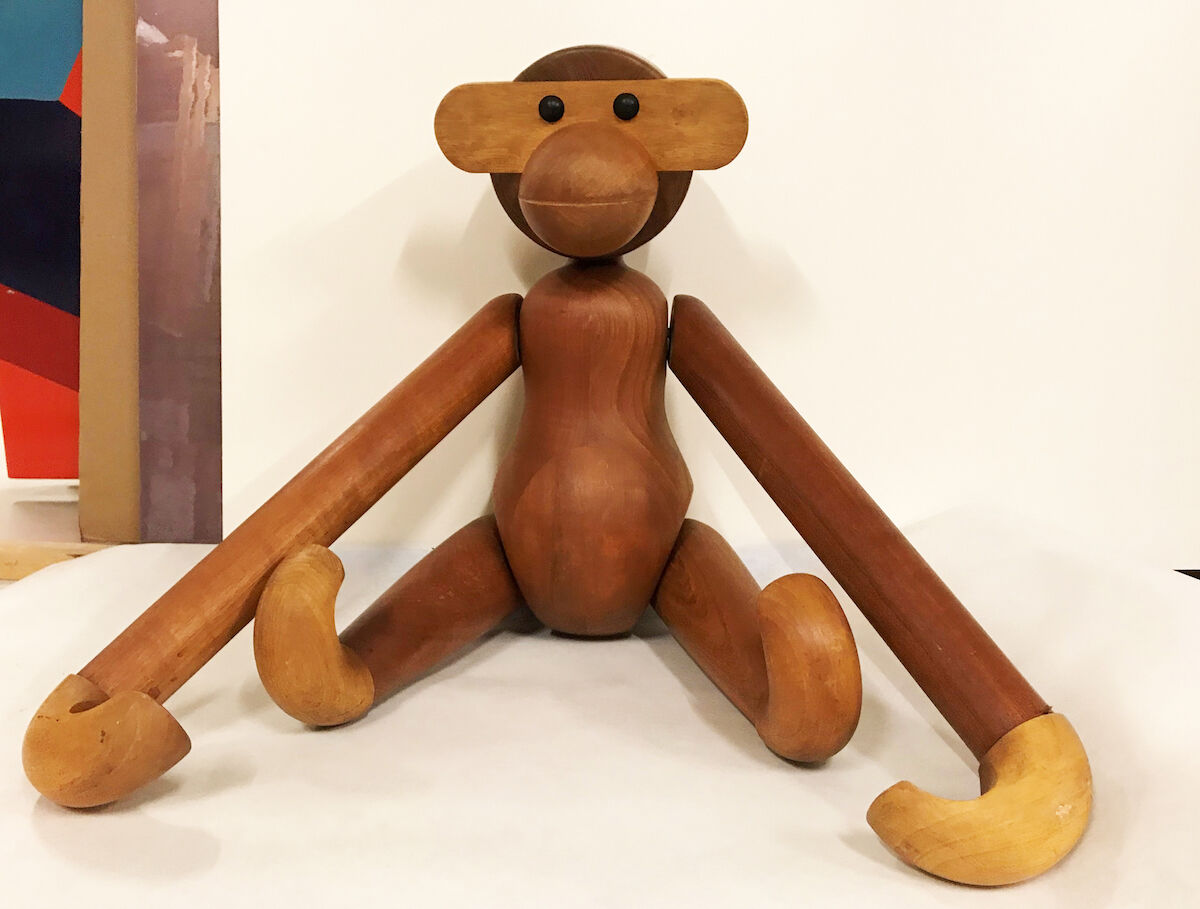 Danish design-lovers can finally rest easy, as Kay Bojesen’s iconic wooden monkey—which was stolen from the Trapholt Art Museum in Kolding, Denmark during a break-in last December—has finally been returned. The monkey, which weighs in at over 65 pounds and is valued at 100,000 Danish krone (about $15,000), will be reinstalled this week. Museum director Karen Grøn released a statement, quoted by The Local, saying: “It’s an incredible relief that we’ve got the monkey back. It comes from Kay Bojesen’s own workshop and is therefore completely unique and irreplaceable.”

Kay Bojesen (1886–1958) is regarded as one of the greatest Danish designers. He began crafting wooden toys in the 1930s, but it was his 1951 wooden monkey that brought him worldwide fame. The largest Kay Bojesen retrospective yet is currently on view at the Trapholt, and a press release for the show discusses his monkey toys in depth:

The monkey represents Kay Bojesen and every other adult who never gives up playing. Adopted by thousands of Danes, it adorns our homes and follows us throughout our lives. It appears on social media in many guises—made out of beads or wool or simply dressed up in home-made costumes. It is a symbol of a nation known for good cheer.

In January, a 24-year-old man was arrested on suspicion of stealing the monkey, though no specific details have been released regarding its recovery.