A stolen Gustav Klimt painting may have been found hidden in the wall of an Italian museum. 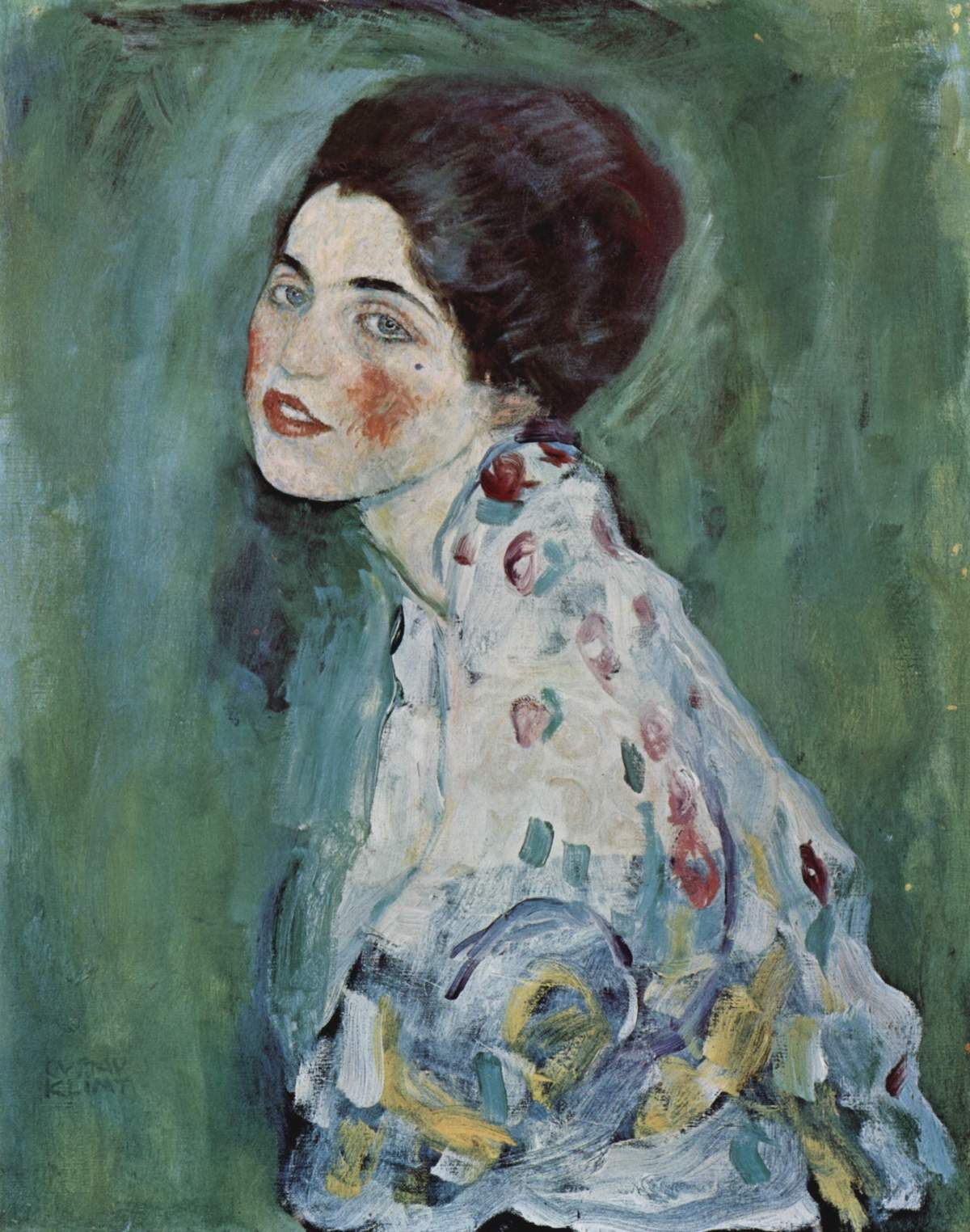 Gustave Klimt, Portrait of a Lady, 1917. Via Wikimedia Commons.

A Gustav Klimt portrait stolen nearly 23 years ago may have been discovered, hidden in the wall near where it had previously been displayed. Although experts are still verifying the authenticity of the work, it might be Portrait of a Lady (1917), one of the world’s top missing artworks. The missing Klimt is valued at €60 million ($66 million).

Portrait of a Lady was stolen in 1997, when the Ricci Oddi modern art gallery in Piacenza, Italy, was preparing a special exhibition focused on the painting. Police at the time believed the theft to be an inside job. Prior to the robbery, an art student had discovered that Klimt had painted over a previous work to create Portrait of a Lady, making it wholly unique among Klimt works.

A gardener discovered the work on Tuesday: While cleaning up ivy on an exterior wall at the museum, he discovered a metal panel which concealed a painting in a bag. Experts are now using scientific analysis to determine if the work is the missing Klimt.

Jonathan Papamerenghi, a member of the Piacenza council with responsibility for culture, told the Italian newspaper La Repubblica, according to The Guardian:

If the findings confirm the authenticity of the painting, it would be a sensational discovery and we would be ready to exhibit it in the gallery as early as January. We are talking about the most sought-after stolen painting in the world after Caravaggio’s Nativity with St Francis and St Lawrence.

That Caravaggio work was stolen from an oratory in Palermo in 1969.

The artwork found in the wall of the Ricci Oddi has been confirmed as the lost Klimt painting, according to a report by The Guardian.