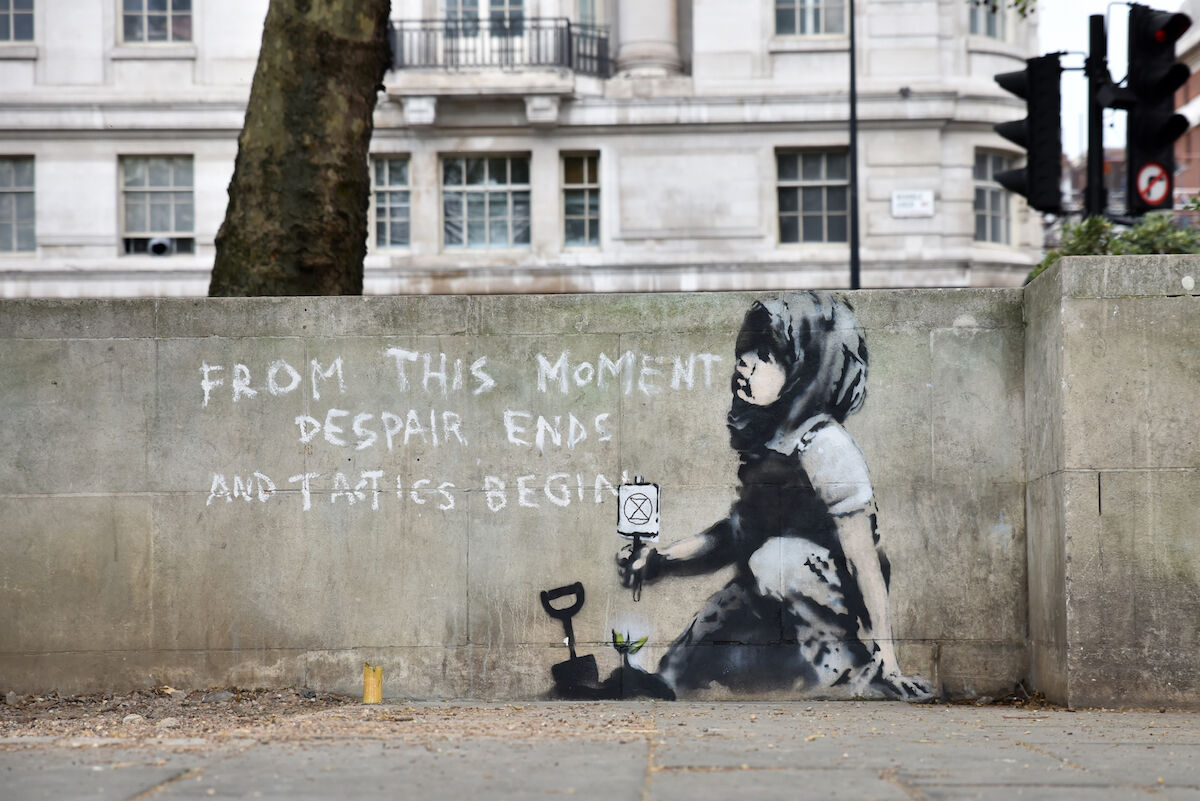 A mural believed to be by Banksy next to Marble Arch in London. Photo by Matthew Chattle / Barcroft Images / Barcroft Media via Getty Images.

A mural some believe to be the work of Banksy has appeared on a low wall alongside London’s Marble Arch, which has been the site of a nearly two-week-long protest by the environmental group Extinction Rebellion. The mural features a young girl sitting next to a small plant and holding a small placard featuring the Extinction Rebellion movement’s logo. Text alongside her reads: “From this moment despair ends and tactics begin.” If confirmed as a genuine Banksy, it would be an earnest show of support for a specific cause from an artist who tends more toward irony and irreverence.

Though Banksy has not claimed responsibility for the work, as he typically does through his Instagram and website, art dealer and professed Banksy expert John Brandler is certain it’s the genuine article. He told The Guardian:

I’m convinced about the one in London for two reasons: it’s a topic that he would support, and it’s a continuation of the Port Talbot piece that appeared in December 2018. [...] The name in the corner is not important, the signature is the work. And this is a Banksy. It’s a wonderful statement and a beautiful piece.

Between April 15 and Thursday, Extinction Rebellion activists staged protests throughout London, using the Marble Arch as their base. The group is calling on the British government to be more honest and transparent about the severity of the climate crisis, and demanding that it pledge to reducing British carbon emissions to zero by 2025.