Takashi Murakami, it seems, is more than a Kanye West collaborator: he’s a fan. The Japanese contemporary art superstar—who created the cover image for Ye’s 2007 album Graduation and his collaborative album with Kid Cudi earlier this year, Kids See Ghosts—posted a photo of himself cosplaying in a rectangular bodysuit reminiscent of the ones worn by West and Lil Pump in their “I Love It” video on his Instagram on Tuesday.

“I found the music video … incredibly shocking,” Murakami wrote in the caption. “Its [sic] like you’re being served a raw, contemporary human being, delivered straight to you via YouTube, iTunes and Spotify.”

That’s one way to describe it. As Garage pointed out, the pattern on the bodysuit Murakami is wearing matches the colorful flower shapes in his print to The Future will Be Full of Smile! For Sure! (2013). Last month, “I Love It” landed at number six on the Billboard Hot 100 chart, so maybe in a few weeks Murakami will catch word of the latest in West news: that Ye has designed a line of shirts and hats promoting a “Blexit”—or “black exit”—campaign for black voters to abandon the U.S.’s Democratic party. 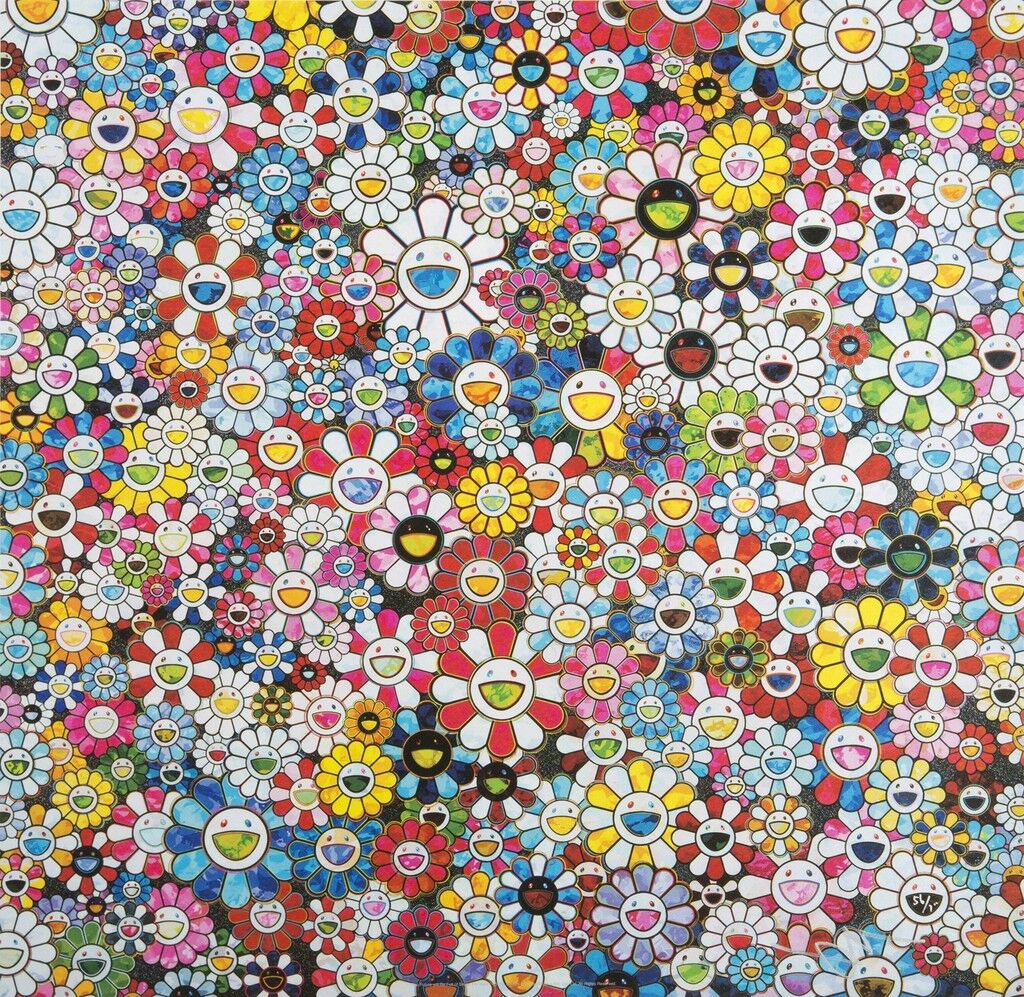