Takashi Murakami has split with one of his longtime galleries. 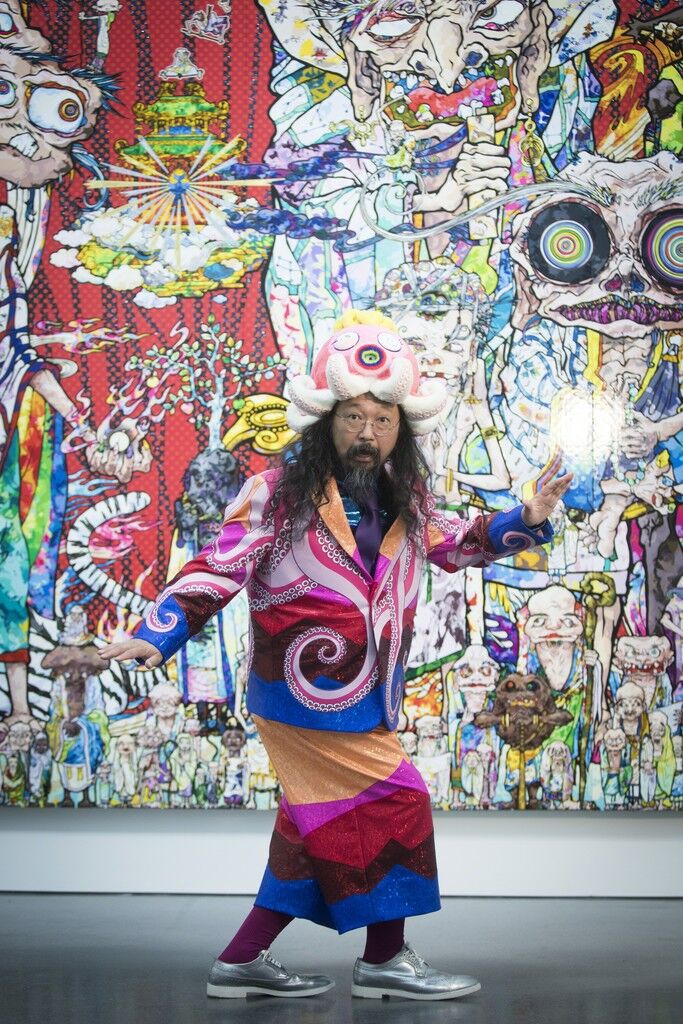 The Los Angeles powerhouse gallery Blum & Poe, founded in 1994 by Tim Blum and Jeff Poe, gave the artist Takashi Murakami his first show in the city in 1997. In 1999, they took the artist’s work to Art Basel in Basel, Switzerland for its first exposure at a grand international fair. Though he had shown in Paris with the dealer Emmanuel Perrotin, who met Murakami in Japan in 1993, and in New York with the dealers Gavin Brown and Hudson, he hadn’t yet broke out in the market. In Basel, collectors who ventured into the Blum & Poe booth greeted the then-shocking blend of post-Koons Pop, classical Japanese painting, and blitzkrieg anime with horror.

Blum told the Wall Street Journal years later that visitors to the fair thought the dealers were “out of our minds, like insane, strange, deluded idiots.” But they sold every last work.

Now, two decades later, Murakami has moved on. He has not had a solo show at Blum & Poe since 2013, and has instead stuck with Perrotin, the dealer who gave him his first show outside of Japan, and was most closely associated with the Murakami market’s rise in the early aughts. From there, Murakami achieved pop culture ubiquity via Louis Vuitton handbags and Kanye West album covers.

In 2007, Murakami had his first solo show at Gagosian, the global mega-gallery, and has shown regularly at Larry Gagosian’s spaces in New York, London, and Hong Kong. Their relationship has been further cemented in the past year, during which time Murakami has staged collaborative shows with the designer Virgil Abloh at three Gagosian locations, and culminated the run with a bombastic show of new work at Gagosian in Los Angeles that regularly drew crowds to Beverly Hills. That show closed last week.

At some point recently, the name Takashi Murakami no longer appeared on the Blum & Poe artist roster posted on its website. When asked why this was, a spokeswoman told artnet News:

After 25 years of a mutually successful partnership, we have come to the decision that it is in both of our best interests that we no longer continue our working relationship. We wish Takashi all the very best moving forward.

After a mutually successful partnership—one of friendship and collaboration—we have come to the decision that it is in both of our best interests that we no longer continue our working relationship. We’d like to highlight our gratitude for those years shared, and to wish Takashi all the best going forward.

Many have known about the conscious uncoupling between Murakami and Blum & Poe, and the six years that had passed without a solo show with the gallery were further indication of the breakup. The artist’s studio did not respond to a request for comment from artnet News.

Further Reading: How Takashi Murakami Got His Start as an Artist