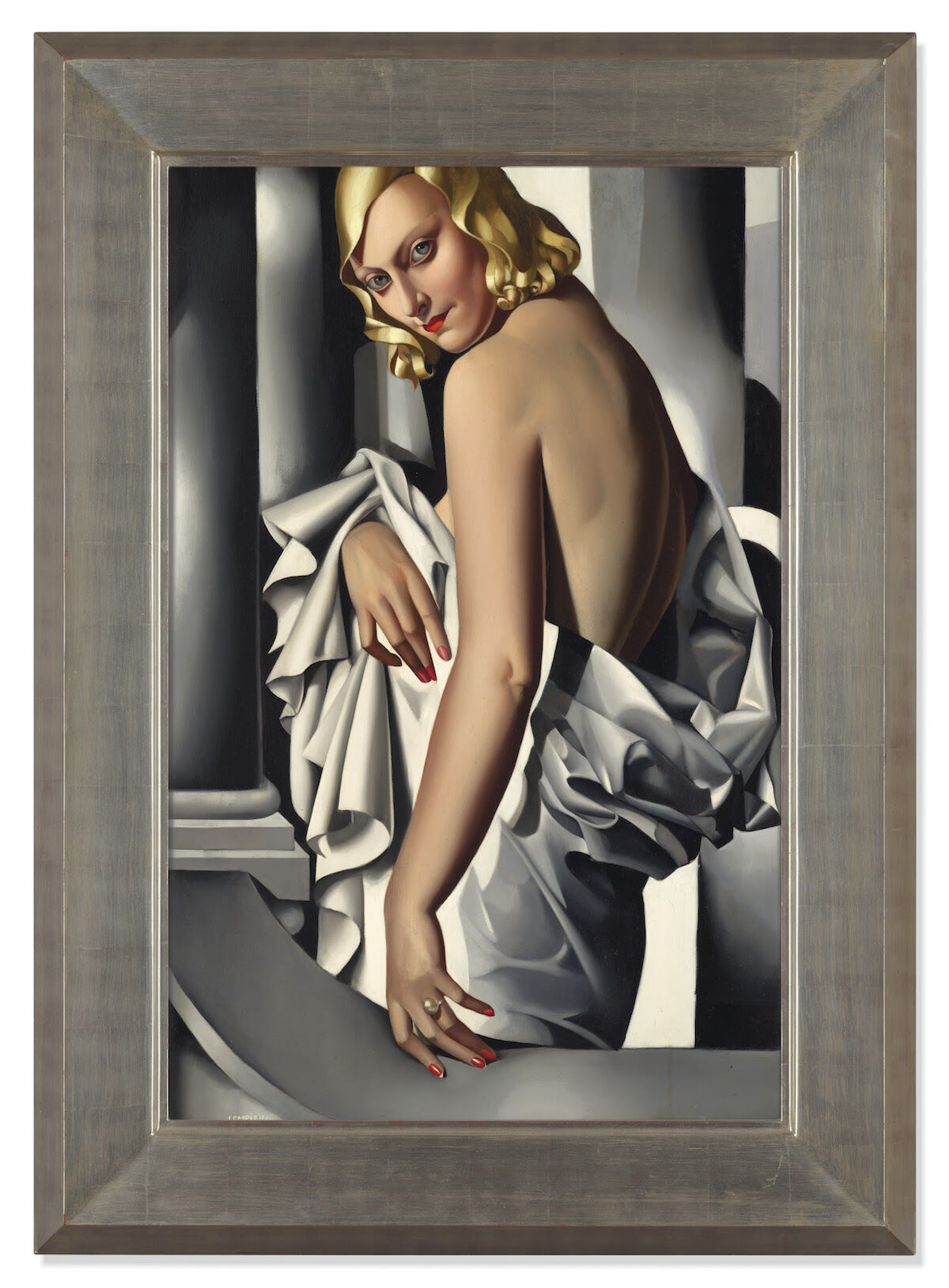 Polish artist Tamara de Lempicka emerged as the star of Christie’s evening sale of Impressionist and modern art in London on Wednesday. A painting by the Art Deco painter, Portrait de Marjorie Ferry (1932), set a new auction record for her work, selling for £16.2 million ($21.1 million). It beat out her previous record, set only three months ago when La Tunique Rose (1927) sold for $13.3 million at a Sotheby’s sale in New York.

Portrait de Marjorie Ferry depicts the titular Parisian cabaret singer and was executed in the artist’s trademark style with pronounced angles and strong contrasts between light and shadow. The artist is well known for her sensual portraits of women, many of whom she encountered during her years living in Paris between the two World Wars. All 10 of Lempicka’s highest selling works feature depictions of women.

According to Christie’s, Lempcika once said:

Among a hundred paintings, you could always recognize mine. The galleries...put me in the best rooms, always in the center, because my painting attracted people. It was neat, it was finished.

And interest in Lempicka’s work is spreading outside the art world: Lempicka, a musical about Lempicka’s journey from fleeing the Russian Revolution to becoming a fixture of Parisian high society, will open on Broadway in New York later this year. The artist has been admired by celebrities including—Barbara Streisand, Jack Nicholson, and Madonna—for decades; the latter even featured her works in the opening segment of the music video for her hit song Vogue.

The top lot at Wednesday’s sale at Christie’s was René Magritte’s A la rencontre du plaisir (1962), which brought in £18.9 million ($24.6 million), making it his second highest-selling work ever. The sale also set a new auction record for George Grosz, whose ominous political painting Gefährliche Straße (1918) sold for £9.7 million ($12.6 million). With a total haul of £106.8 million ($139 million), the Christie’s sale brought in over twice the total of Sotheby’s equivalent sale on Tuesday, assuaging anxieties about how the U.K.’s departure from the European Union might impact the art market.