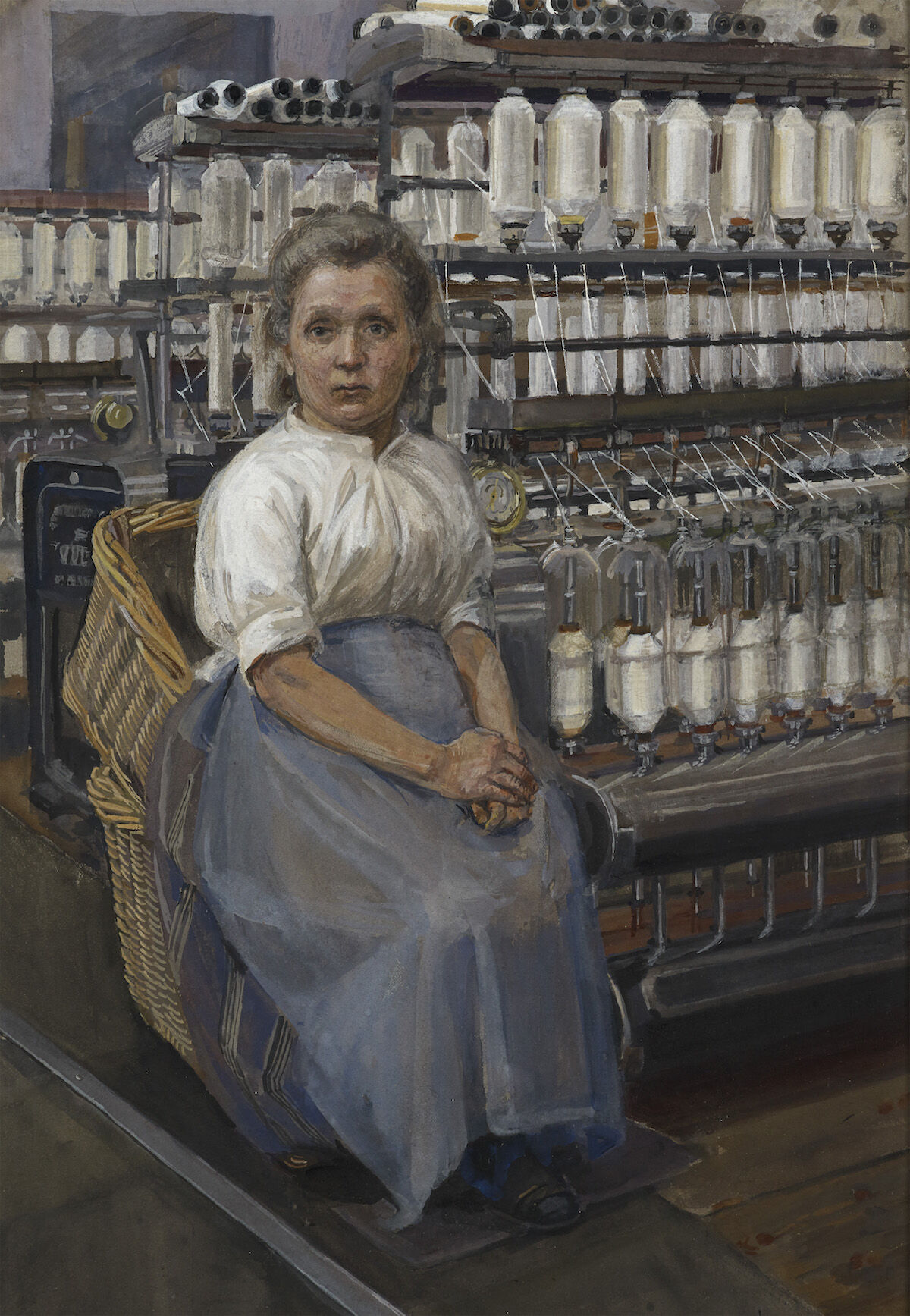 She’s known as a suffragette who fought tirelessly for better conditions for working women, but lesser known is Sylvia Pankhurst’s artistic ability. That will change soon: on Thursday, Tate announced it will acquire four watercolors Pankhurst painted after touring industrial workplaces in 1907. That year, she spent several months visiting factories in Northern England and Scotland where she witnessed—and later documented in her art and writings—the poor working conditions and low wages to which women were subjected.
Two of the four works acquired by Tate depict women toiling in the cotton mills in Glasgow, where Pankhurst wrote of “the almost deafening noise of the machinery and the oppressive heat”, which at one point became “so hot and airless that I fainted within an hour.”
The paintings were acquired directly from the Pankhurst family with funds provided by the Denise Coates Foundation. In a statement, Sylvia’s granddaughter, Helen Pankhurst, said:

The family are delighted that some of Sylvia’s paintings are being acquired by Tate. Sylvia was an artist as well as a champion of working women’s rights, her first passion not as well known as her second. In these beautiful pieces these interests are powerfully combined.

In the spring, the paintings, which have rarely been exhibited, were loaned to the Manchester Art Gallery and are currently on display at Scarborough Art Gallery until through January 6th. Tate will show the watercolors at Tate Britain as part of a rehang of its permanent collection in 2020. Their acquisition this year marks the centennial of women’s suffrage in England. 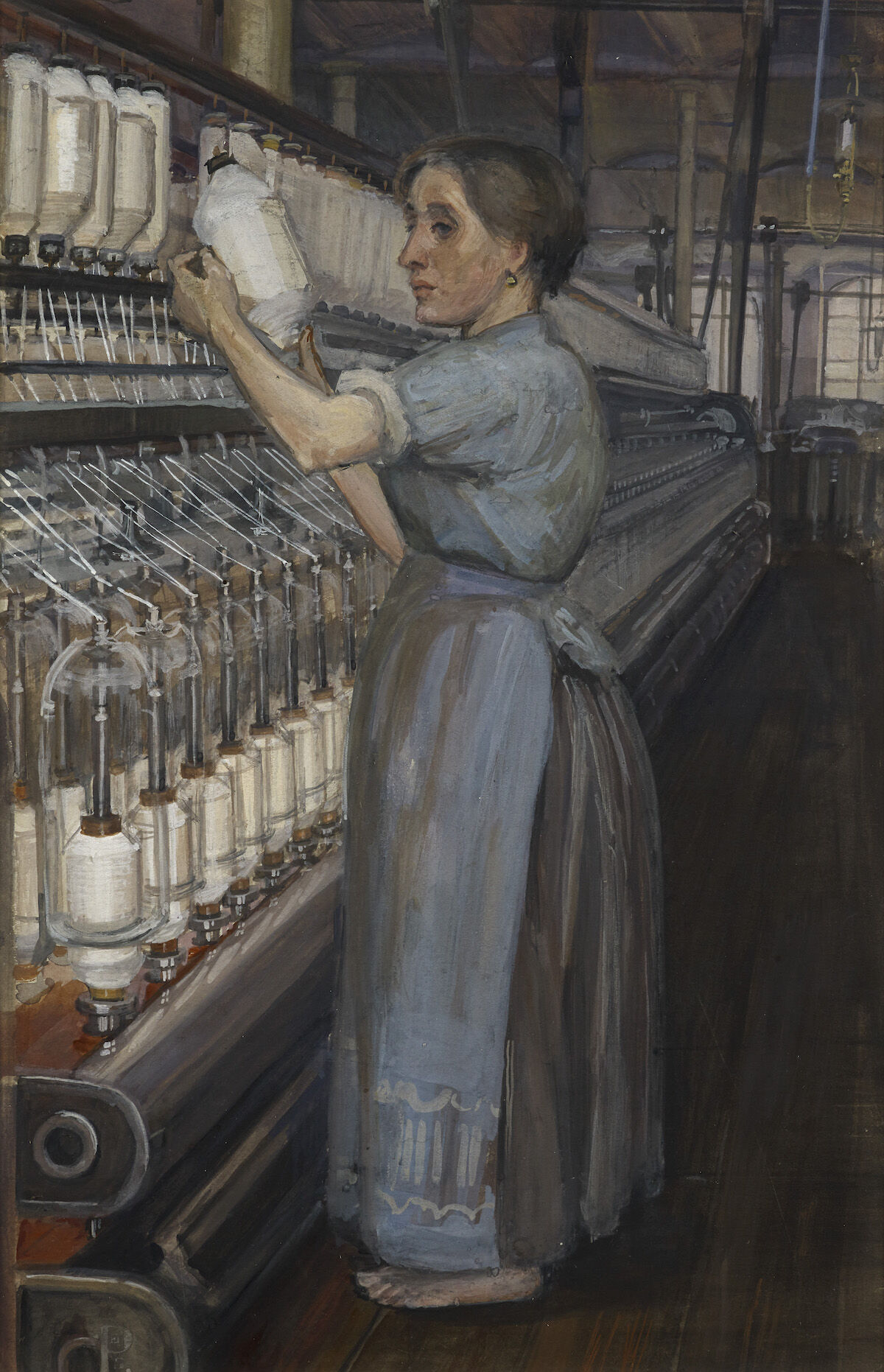 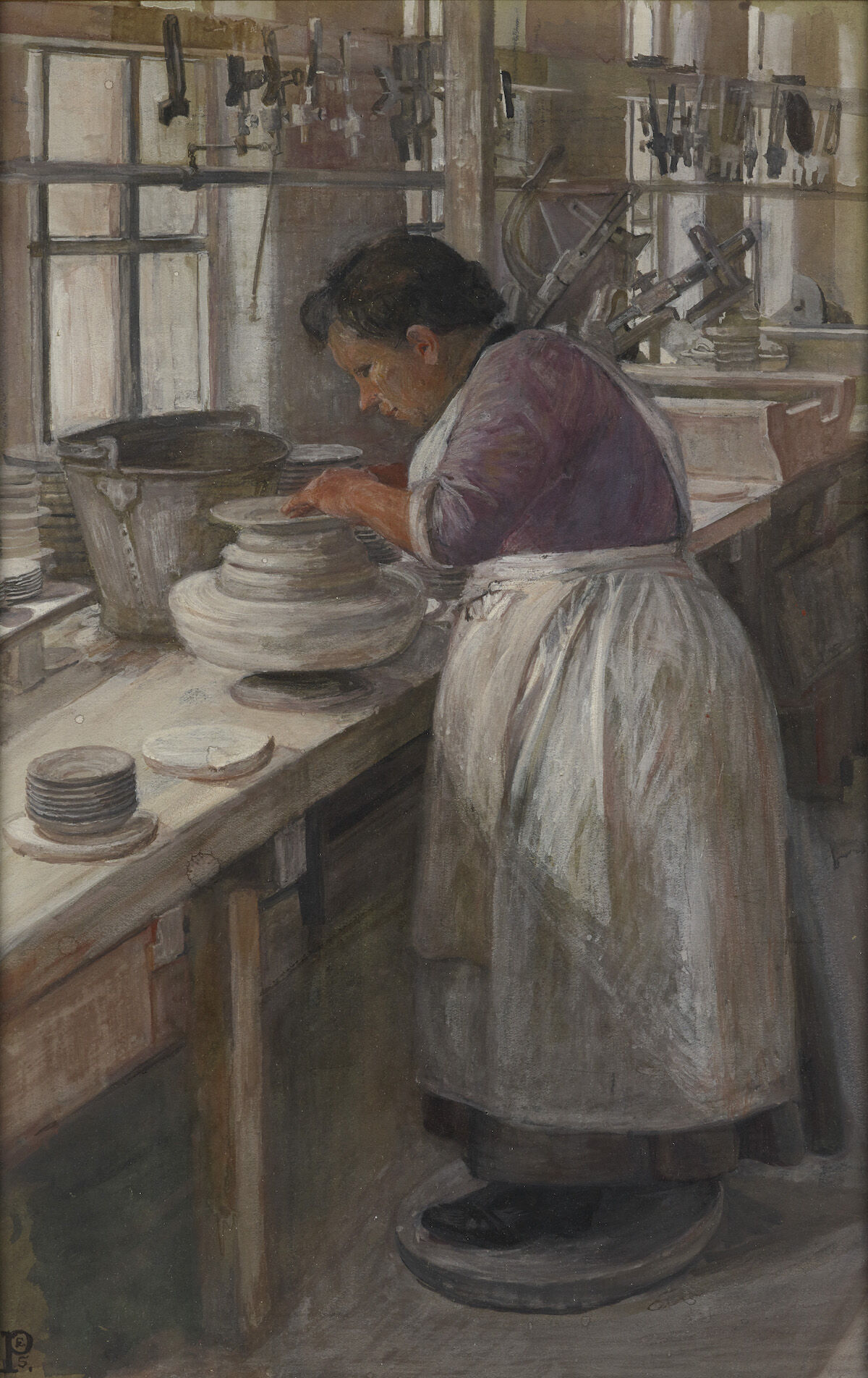 Sylvia Pankhurst, On a Pot Bank: Finishing Off the Edges of the Unbaked Plates on a Whirler, 1907. Courtesy Tate Britain.