Tate and an augmented reality street art application are among the 2019 Webby Awards nominees. 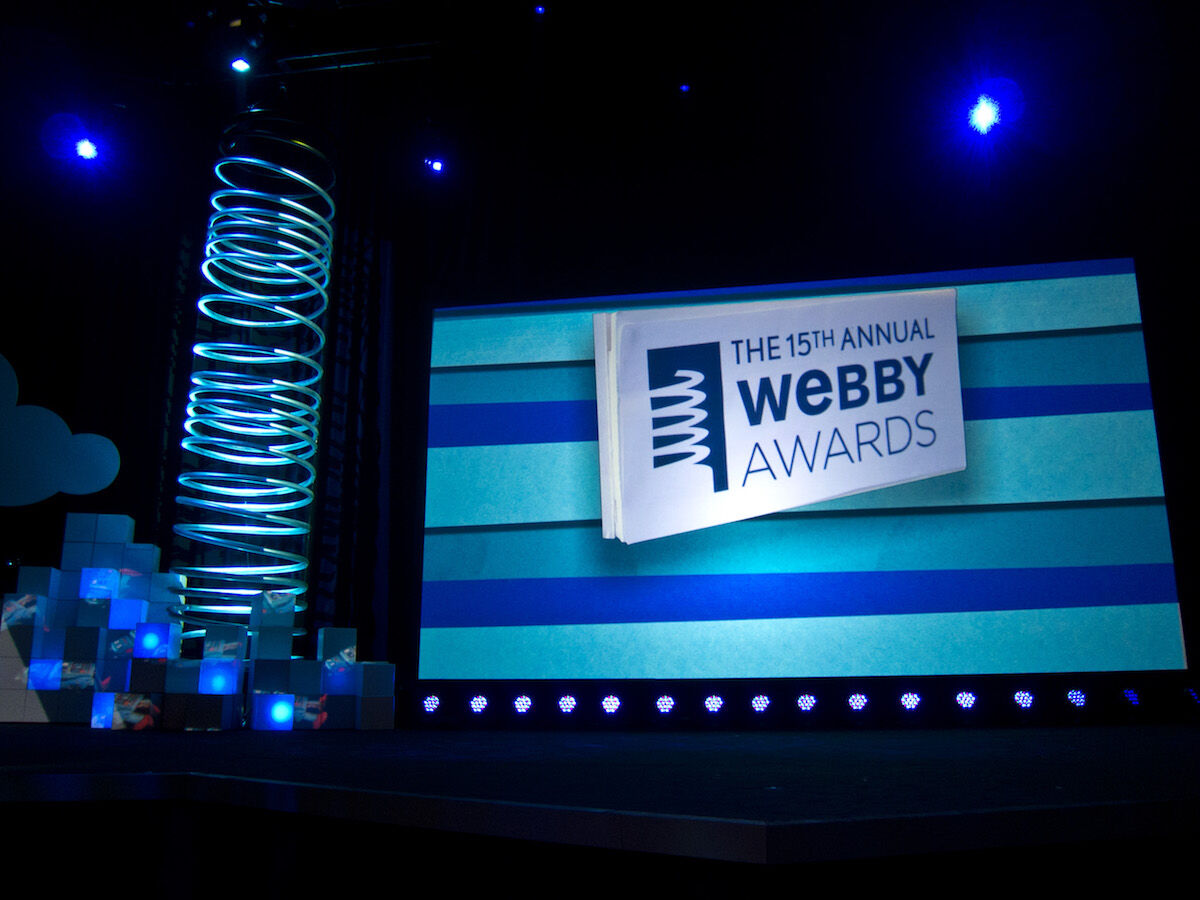 The Webby Awards ceremony in 2011. Photo by Scott Beale/Laughing Squid, via Flickr.

The International Academy of Digital Arts & Sciences announced the nominations for its 23rd Annual Webby Awards on Tuesday morning, and while digital giants like Google, WarnerMedia, and Disney unsurprisingly raked in a fair share of nominations, a number of art websites and cultural institutions also notched nods. Whether making Tintoretto masterpieces pocket-sized, condensing an exhibition’s 250-year into a streamlined experience, or using augmented reality to bring street art to life, many of this year’s Webby nominees defy traditional barriers between art and science to demonstrate the possibilities for digital innovation in the arts.

Storied institutions including Tate and the Metropolitan Museum of Art have been nominated for innovative social media campaigns—the Met for #HaveWeMetYet, an Instagram campaign featuring different employees at the museum and Tate Modern for its savvy use of Instagram. In the category for net art, nominees include artists such as Nikolaus Baumgarten and Sophia Schomberg—whose Arkadia takes users into a dizzying digital landscape—and forward-thinking creators at MIT’s IBM Watson AI Lab, whose WonderNet transforms digital networks into sculptures.

The Academy has also recognized arts educators. The Smithsonian’s unveiling of the Obama Presidential Portraits—which the museum broadcast across a variety of social media channels—earned a nomination in the Social Content—Education and Discovery category. Art schools RISD and MICA received nominations: the former for the visual design of its museum website and the latter for its school website. And of its many nominations, Google earned one in the Ad, Media & PR (Craft) category for the user experience of its “Draw to Art” installation, which uses machine learning to match doodles to famous artworks.

Each year the Academy nominates websites, internet utilities, media companies, social media campaigns, video games, and a whole host of other web-related companies and projects pushing technical and aesthetic boundaries. Public voting for the 2019 Webby Awards is open until April 18th. The winners will be announced on April 23rd and honored at an awards show hosted by Jenny Slate in New York City on May 13th.

Below is a full list of nominees in the arts categories and select art sites and projects nominated in non-art categories:

Art highlights in other categories include: