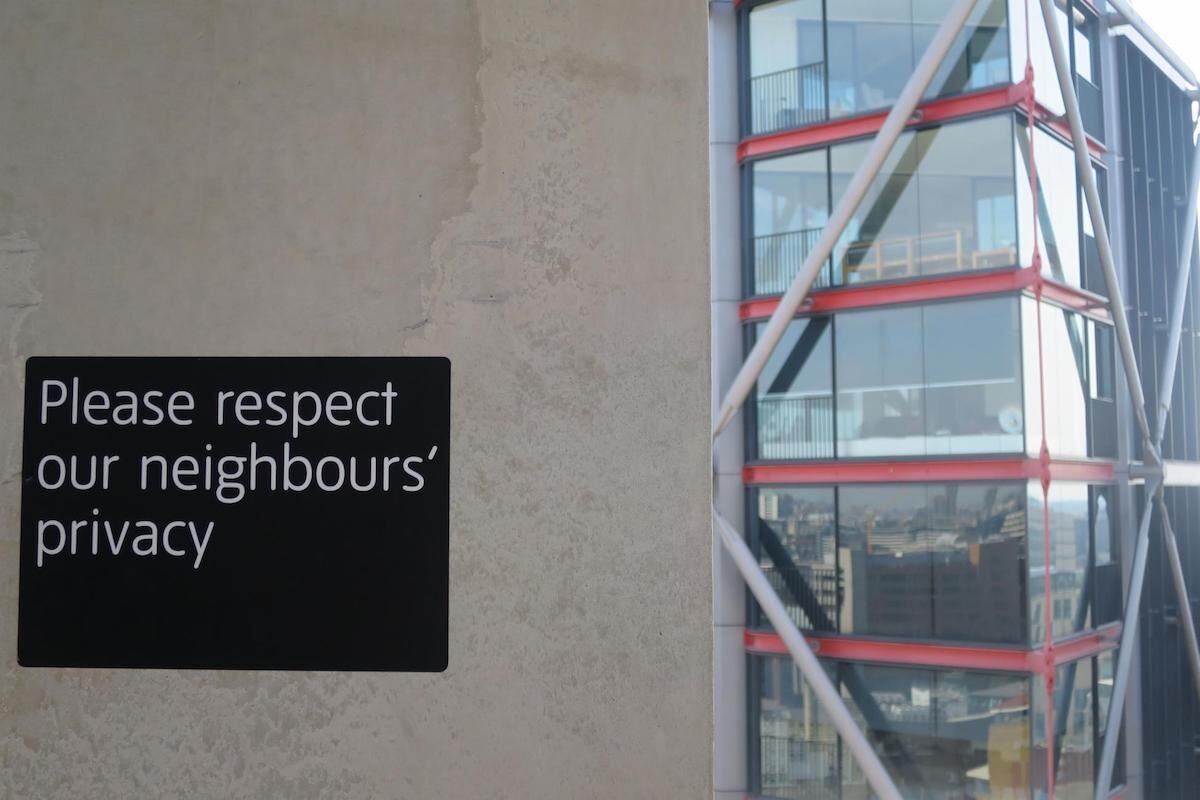 Owners of the £4 million ($5.1 million) flats adjacent to Tate Modern’s Switch House wing lost a court case yesterday alleging that the Tate’s “Viewing Terrace” granted museum-goers enough of a view into their units so as to obstruct their legally-granted privacy rights. The owners complained of “near constant surveillance,” claiming endless peering, waving, photographing, and even lude gestures coming from the terrace.

In a statement sent to Artsy following yesterday’s ruling, a representative for the claimants said:

Since the Tate Modern "Switch House" extension was completed and opened to the public in June 2016, the Neo Bankside residents, who own the leasehold flats, have suffered continual intrusion. The Viewing Terrace runs around all four sides of the Switch House and is open to the public seven days a week. One side of the Viewing Terrace is opposite Neo Bankside and provides visitors with little else to view except the residents’ flats—which they can see directly into.

On Tuesday, Mr. Justice Mann rejected their claim. In his 70-page judgment, Mann states that the residents could put up net curtains, “lower their solar blinds,” “install privacy film,” and even consider view-obstructing tall plants. Mann visited both the museum’s viewing terrace and the apartments before making his ruling, calling the view from the museum “rather splendid.” He ruled that tenants had bought into this problem, noting that the benefits of a home with such extensive glass views “in effect comes at a price in terms of privacy”.A spokesperson of the museum told The Guardian:

The level 10 viewing platform is an important part of Tate Modern’s public offer and we are pleased it will remain available to our visitors. We continue to be mindful of the amenity of our neighbours and the role Tate Modern has to play in the local community. We are grateful to Mr Justice Mann for his careful consideration of this matter.

The ruling brought an end to a protracted legal battle, one which even inspired an artist to install binoculars on the viewing platform as a guerrilla art intervention.