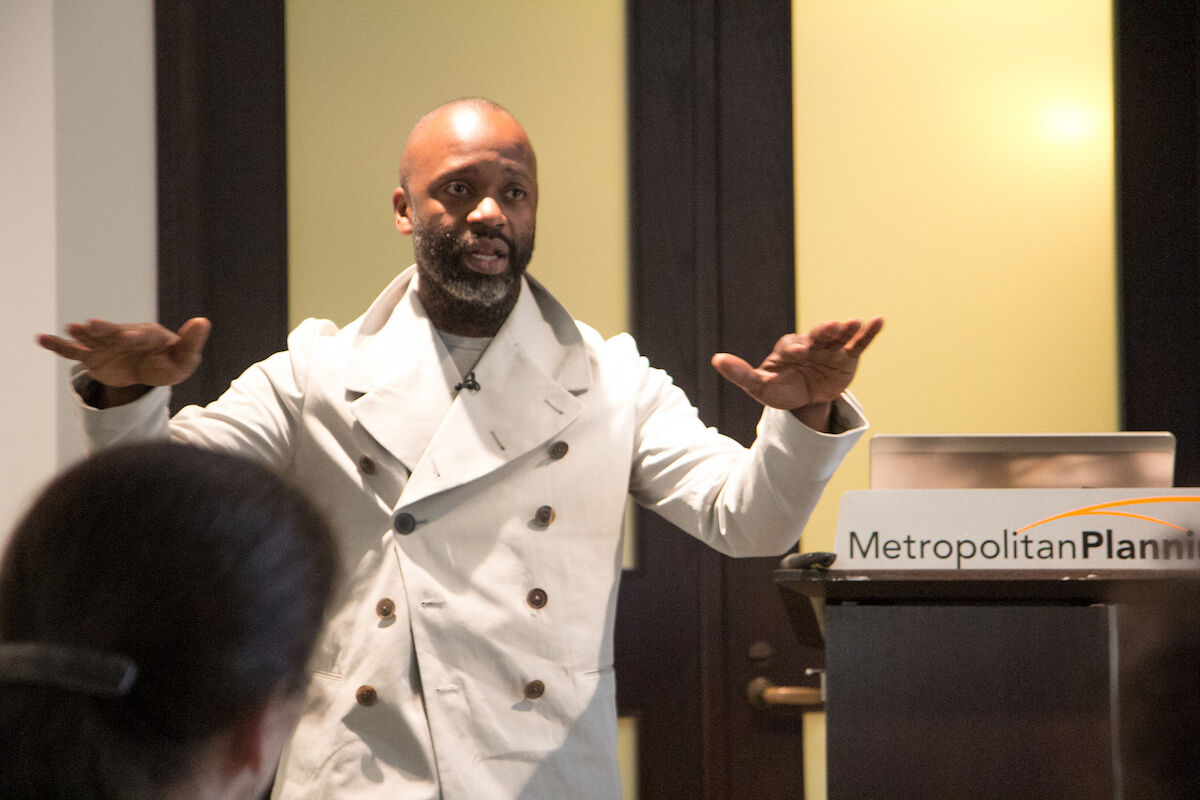 Theaster Gates. Photo by the Metropolitan Planning Council, via Flickr.

On Wednesday, Gagosian announced that it will now represent Theaster Gates, the Chicago-based artist known for an interdisciplinary practice that includes painting, sculpture, video, participatory social practice projects, and performance. He is also celebrated for his urban renewal endeavors, including the Rebuild Foundation, which Gates started in 2010 to spearhead programming in impoverished neighborhoods, focusing on the South Side of Chicago.

His first show with the mega-gallery, which has 16 outposts around the world, will be in the spring of 2020, in New York. In a press release, a Gagosian spokesperson explained that his partnership with the gallery will support his studio practice as well as his outreach projects:

After a period of intense activity and reflection, Gates has declared his desire to focus more intently on his own oeuvre and the artworks that come out of his explorations of value, economy, and material exchange in charged social contexts. As Gates’s first gallery representative in New York, Gagosian will support the realization of exhibitions and projects across the full scope of his praxis in the context of broader intergenerational and intercultural dialogues in today’s global art scene.

While he has no gallery representation in many of the cities where Gagosian has spaces, a spokesperson for Gagosian confirmed to Artsy that Gates will remain represented by Richard Gray Gallery in Chicago, Regen Projects in Los Angeles, and White Cube in London.