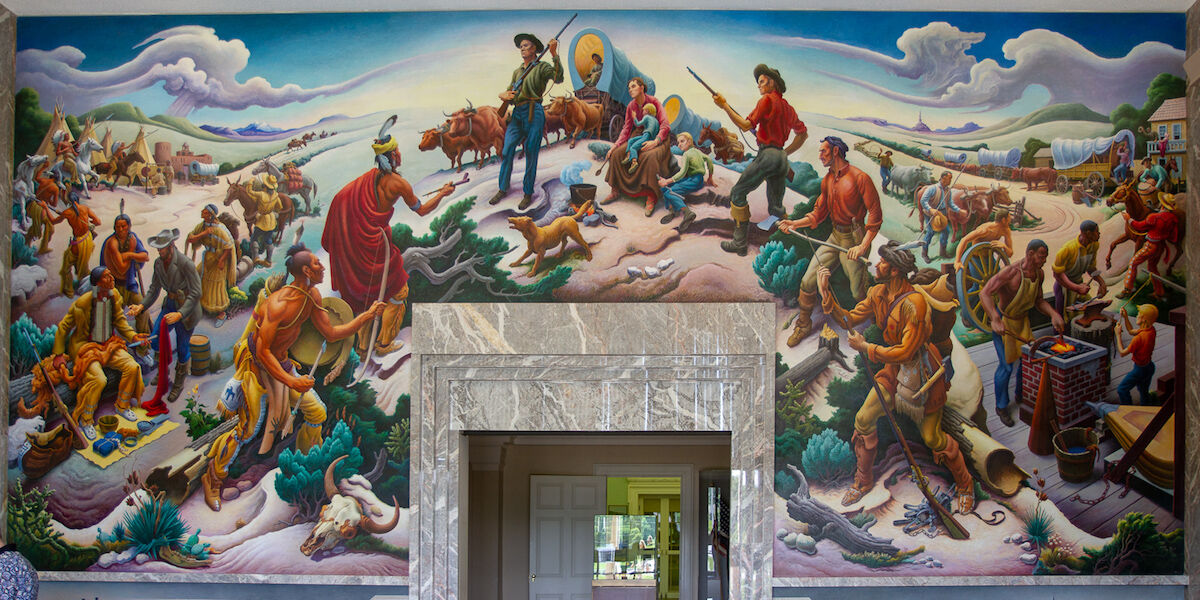 The Thomas Hart Benton mural Independence and the Opening of the West (1961) at the Harry S. Truman Library and Museum in Independence, Missouri. Photo by Arthur T. LaBar, via Flickr.

The heirs of Regionalist painter and muralist Thomas Hart Benton are claiming that a Kansas City bank mismanaged his estate for decades, according to a lawsuit filed on Tuesday against UMB Bank.

During the artist’s lifetime, Benton and his wife Rita Piacenza Benton set up trusts to manage their assets; the bank and a now-deceased lawyer were named as co-trustees, while the artist’s daughter, Jessie, and son, T.P., were named as beneficiaries. Jessie Benton and her three children filed the suit, which claims the bank lost track of at least 100 of Benton’s artworks and neglected many more. Jessie Benton’s filing claims that “for a period of over 40 years after the inception of the trusts, valid appraisals of the assets” did not take place, according to the Wall Street Journal. The suit does acknowledge that an appraisal of the works has taken place in the last few years.

In a statement quoted by the Journal, UMB Bank said: “We take our role as a trustee for art and other assets seriously and will directly address and defend the misguided allegations made in the lawsuit.” UMB Bank is run by the Kemper family; its former chairman, R. Crosby Kemper Jr., founded the Kemper Museum of Contemporary Art in Kansas City in 1994 and was a prominent collector of Benton’s work.

The suit also argues that the bank sold many of the painter’s works to dealers without tracking them. Although Jessie Benton did say the bank had the authority to sell paintings, she expected to be notified before these transactions took place.

The suit alleges that Benton’s 1962 work Desert Artist was bequeathed to a foundation connected with the Nelson-Atkins Museum of Art in Benton’s will, but Kemper Jr. redirected the work to the Kemper Museum of Contemporary Art. The work is still there and is listed as being from the “Bebe and Crosby Kemper Collection.”