Tom Wolfe, the writer who frequently turned his attention to the contradictions of the art world, has died at age 88. 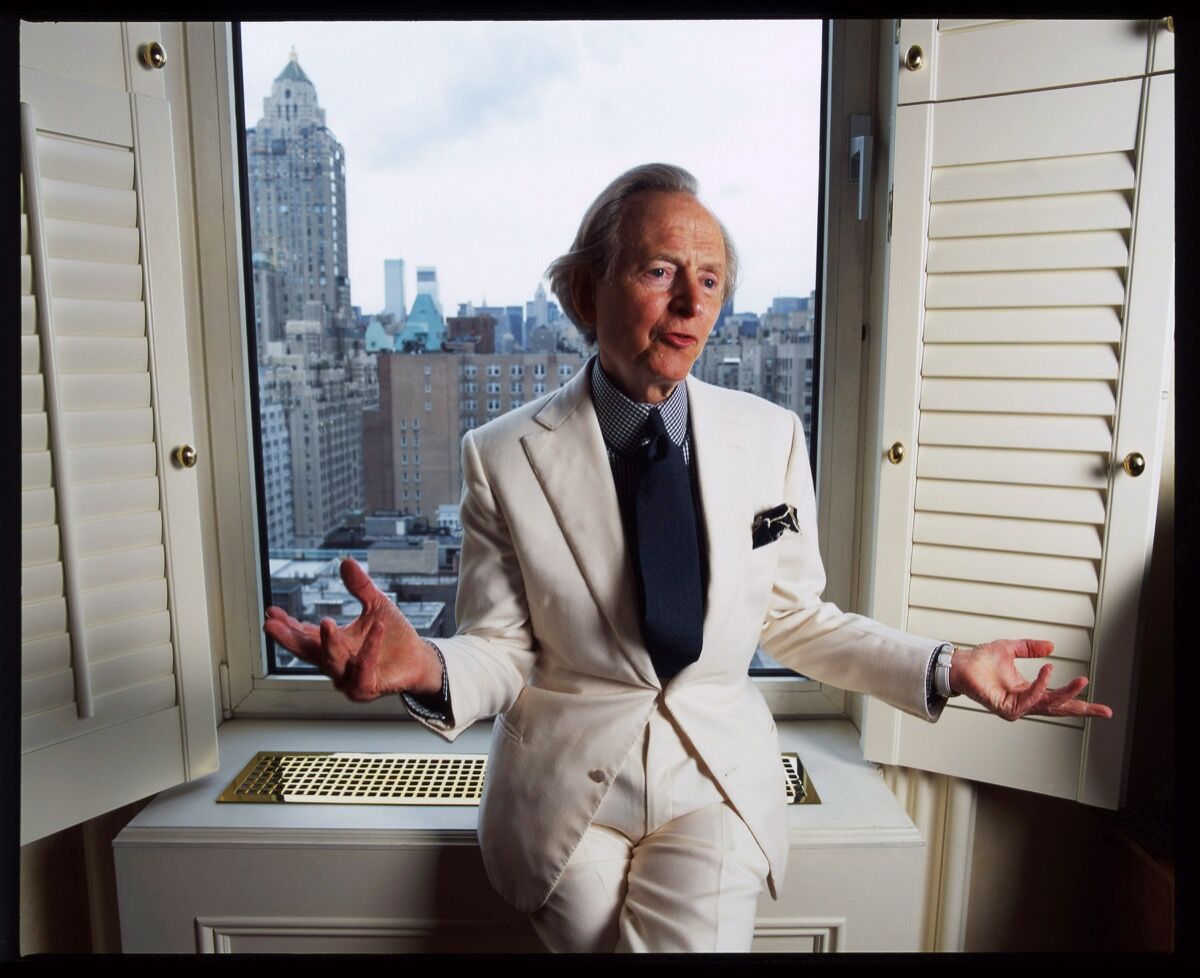 Writer Tom Wolfe, known for his enthusiastic prose, cutting social commentary, and predilection for white suits, died Monday at age 88 in Manhattan. He’d been hospitalized for an infection in New York City, his home (and frequent subject) since 1962. Along with Truman Capote and Gay Talese, Wolfe helmed the New Journalism movement of the 1960s and 1970s, immersing himself in the lives of those he found fascinating and detailing their worlds and psyches in a more literary, subjective manner than traditional reporting techniques allowed. He penned the definitive depiction of America’s space program in The Right Stuff, which began as a series of Rolling Stone articles in the early 1970s and published as a book in 1979 after additional research.

In the midst of these investigations, Wolfe delved into the modern art world’s absurdities. In his 1975 book, The Painted Word, he skewered all sides of it: the august critics, such as Clement Greenberg and Harold Rosenberg; the Abstract Expressionist painters caught between their anti-bourgeois sentiments and their acceptance among high society, a relationship he termed “the Boho Dance and the Consummation”; as well as, perhaps most brutally, anyone who took these critics or artists seriously. He fixed his gaze on the art world again in 2012, for his final novel, Back to Blood. As it was set in Miami, the book of course required a section about Art Basel in Miami Beach, and this scene was excerpted in Vanity Fair as “The Running of the Billionaires.” In a single sentence, Wolfe offered one of the most dehumanizing, Kafka-esque descriptions of the fair’s opening jostle thus assembled. He wrote: “Two hundred or so restless souls, most of them middle-aged men, 11 of whom had been pointed out to Magdalena as billionaires—billionaires—12, if you counted Maurice himself, were squirming like maggots over the prospect of what lay on the other side of an inch-thick glass wall just inside a small portal, Entrance D of the Miami Beach Convention Center.”