The Turkish artist Zehra Doğan was released after more than two years in prison. 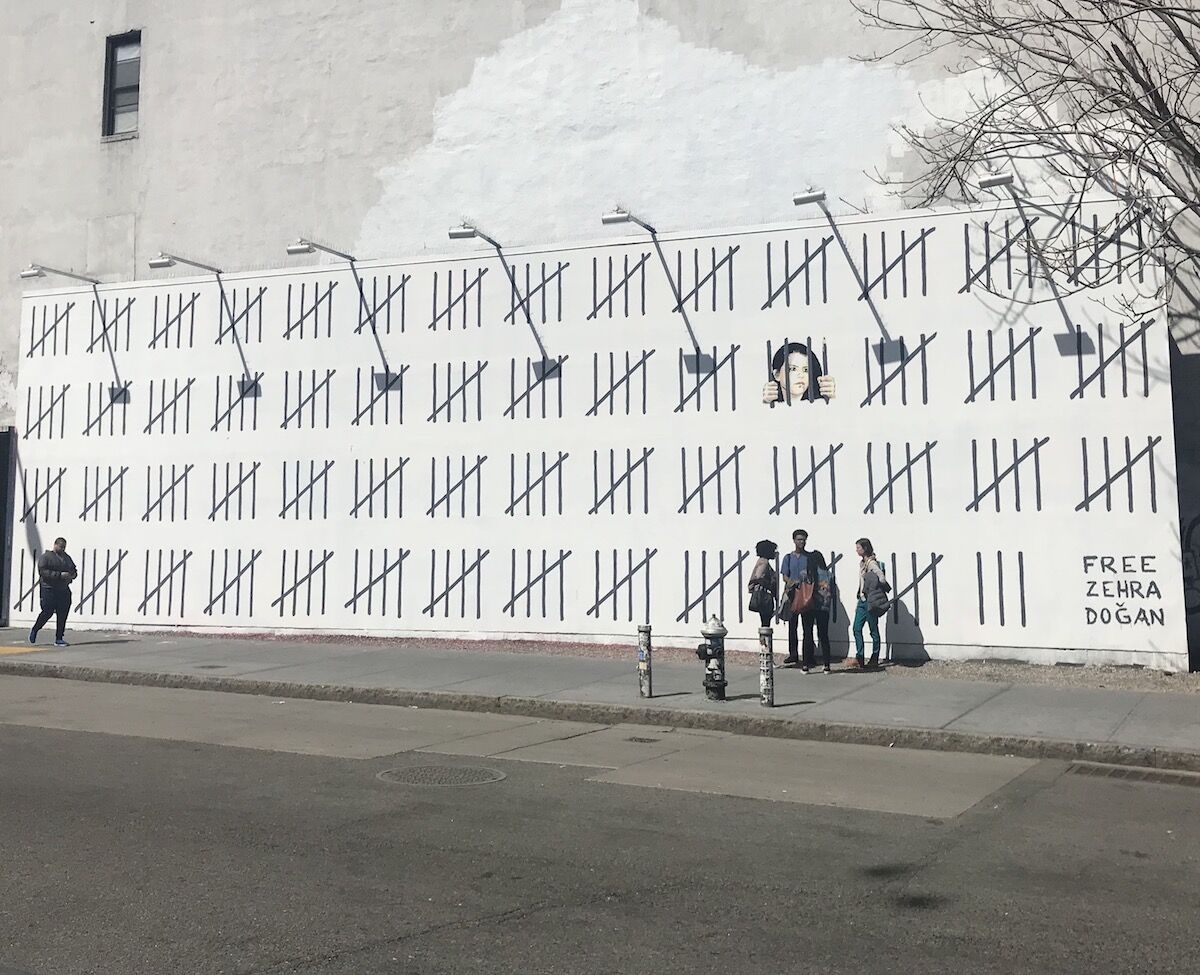 A mural by Banksy and Borf in New York City calling for the release of Turkish artist and journalist Zehra Doğan. Photo by Benjamin Sutton for Artsy.

Zehra Doğan, the Turkish-Kurdish artist and journalist, has been released after serving 25 months in a Turkish prison on charges of “spreading terrorist propaganda” that resulted from an anti-war painting she made and posted to social media in 2016.

The painting that landed Doğan in prison rendered the bombed remnants of Nusaybin, a predominantly Kurdish city in southern Turkey, and was based on a photograph that had been circulated by the Turkish military. She was tried for being connected to the Kurdistan Workers’ Party, which the Turkish government considers a terrorist organization, and though she was acquitted of this charge, she was still handed a 34-month prison sentence because of the painting.

“I was waiting for the day when my sentence would come to an end, I am very happy,” Doğan told the Turkish press agency Bianet, as quoted by The Art Newspaper. “I extend my thanks to every single person who supported me during this process.”

During Doğan’s imprisonment, street artists Banksy and Borf painted a mural honoring Doğan that featured a tally of her days spent in prison. Doğan managed to smuggle out a thank-you letter written in prison.