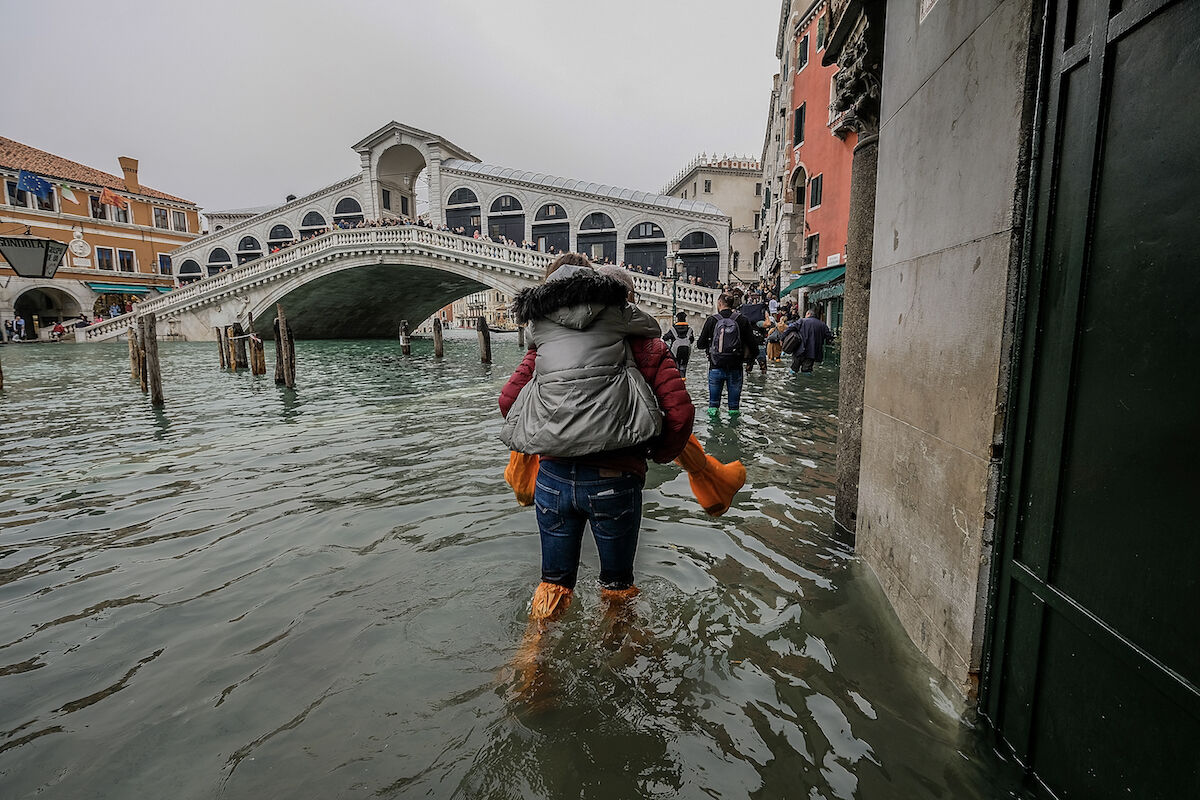 A tourist carries his partner on his shoulders in on October 29, 2018 in Venice, Italy. Photo by Stefano Mazzola/Awakening/Getty Images.

Earlier this week, Venice’s museums shut down amid the city’s worst flooding in a decade, but two Joan Miró paintings at the Palazzo Zaguri museum nonetheless got soaked. The two works, said to be worth a total of €1 million ($1.1 million), were to be included in “From Kandinsky to Botero,” an exhibition scheduled to open Thursday.

According to the AFP, the paintings had been left on the floor on the second story of the 14th century palazzo, but a leak from a nearby bathroom caused them to become nearly half submerged. The paintings were expedited to a studio in Asti in northwestern Italy for emergency restoration work.

The Mirós are the only known artistic casualties thus far amid record high tides (or “acqua alta”) in Venice, which reached 156 centimeters (or about five feet and one-and-a-half inches), the fourth-highest level ever recorded in the city. The historic water levels caused flooding in three quarters of the city and forced many of its major private museums, as well as those run by the Fondazione Musei Civici Veneziani, and the ongoing 2018 Architecture Biennale to close on Monday. Violent storms continued to rage in Italy on Tuesday, causing at least 11 deaths. Venice’s Piazza San Marco remained inundated, and St. Mark’s Basilica flooded for just the second time this century, according to Italian media, with nearly three feet of water covering its famed mosaic floors.