Two men were arrested in connection with the theft of a Banksy work. 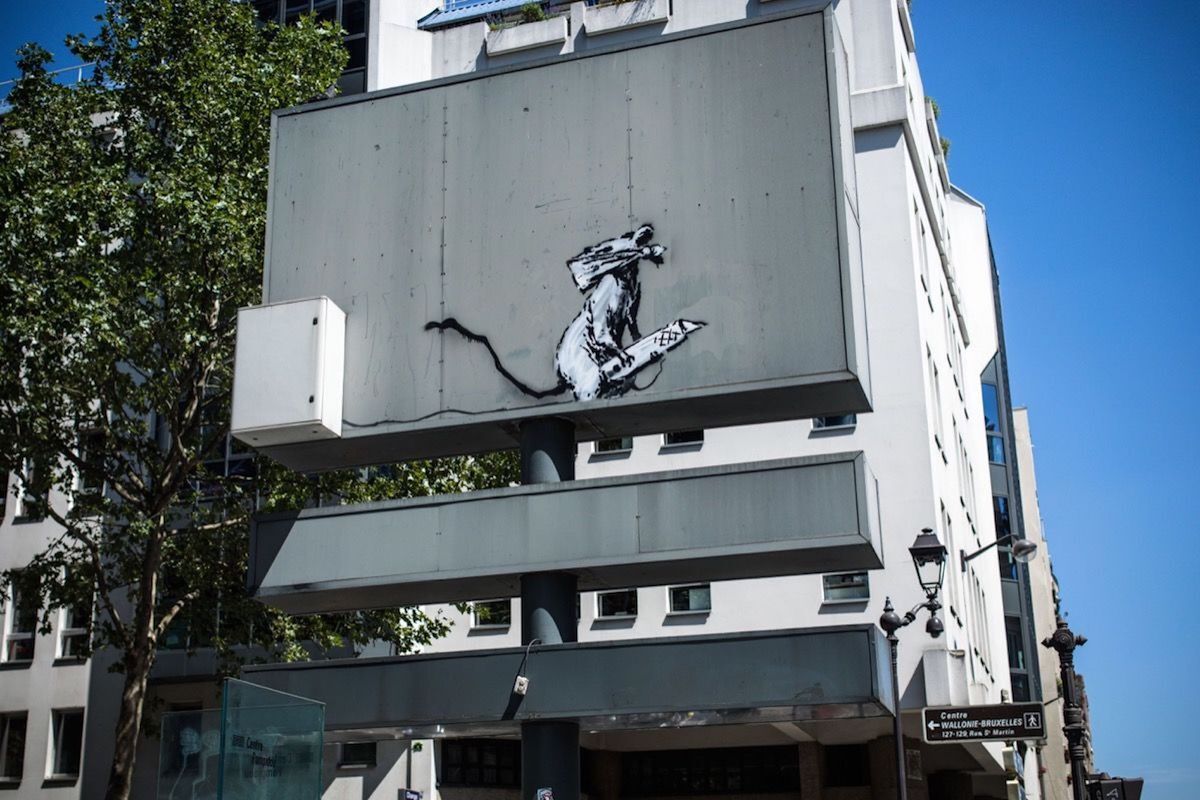 An artwork by Banksy that appeared in June 2018 on a billboard in Paris, and which was subsequently stolen. Photo by Aurelien Morissard / IP3 / Getty Images.

Two men have been detained in connection to the theft of a Banksy work from the back of a road sign in Paris. The drawing, a stenciled rat brandishing a box cutter, had appeared on the the sign outside the Centre Pompidou in June of 2018, and the work vanished in September of 2019.

Authorities seized a number of Banksy works from the men, and are determining whether they’re original to the artist or copies. A judge now must decide whether to proceed with a formal investigation against the two men in custody, who are 32 and 35 years old. The work stolen near the Centre Pompidou is still missing.

The famed graffiti artist posted a picture of the work to Instagram days after its appearance, writing: “Fifty years since the uprising in Paris 1968. The birthplace of modern stencil art.” The work was meant to commemorate the political demonstrations of May 1968 against then-President Charles de Gaulle. The work had been enclosed in plexiglass for protection, but the thieves may have cut out the stencil with a saw.

The knife-wielding rat isn’t the only recent Banksy theft in Paris. In January 2019, a tribute to those killed in the 2015 terrorist attack at the Bataclan concert hall in Paris was stolen. The work featured a stencilled image of a girl in mourning, and was never recovered.