Two men were arrested for stealing a 330-pound bronze sculpture of a gnome. 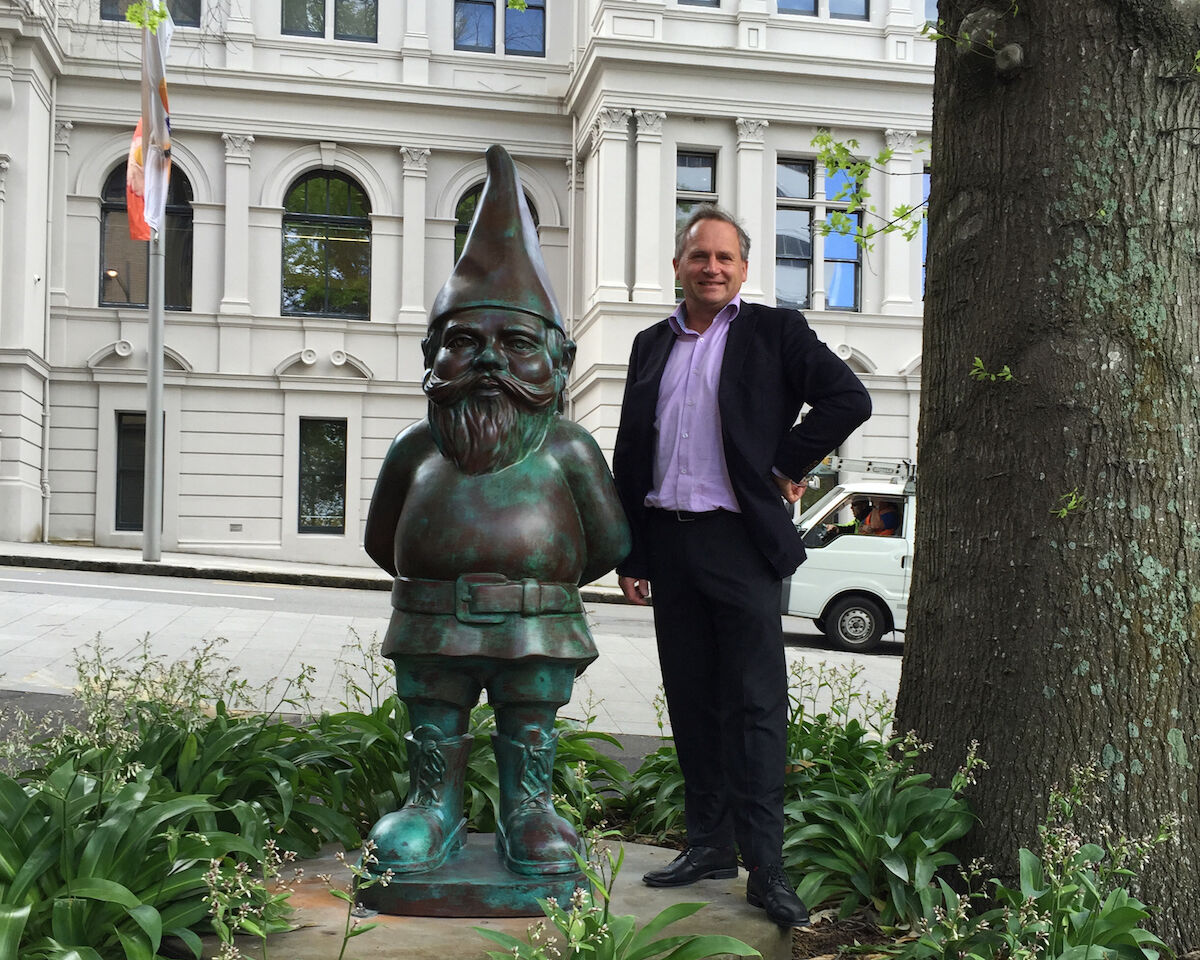 This missing gnome is missing gnome more. After a 330-pound bronze sculpture of a gnome valued at $NZ 55,000 ($US 37,600) was stolen from an Auckland gallery on Christmas day, two men have finally been charged with its theft. The gnome, titled Thinker (2018), is a sculpture by Slovenian-born, Auckland-based artist Gregor Kregar and had been on display outside of the Gow Langsford Gallery.

Security camera footage showed the 46-year-old and 55-year-old men who have since been arrested donning orange high-visibility vests and spending an hour unbolting the gnome from its concrete plinth.

After garnering a great deal of local media attention, the thieves dropped the gnome outside of a Salvation Army in Glen Eden, Auckland on January 15th with a note taped to its head requesting that it “please” be returned to the gallery. The gnome is reported to be in near-perfect condition and is safely back at the gallery, though for the time being it remains indoors. 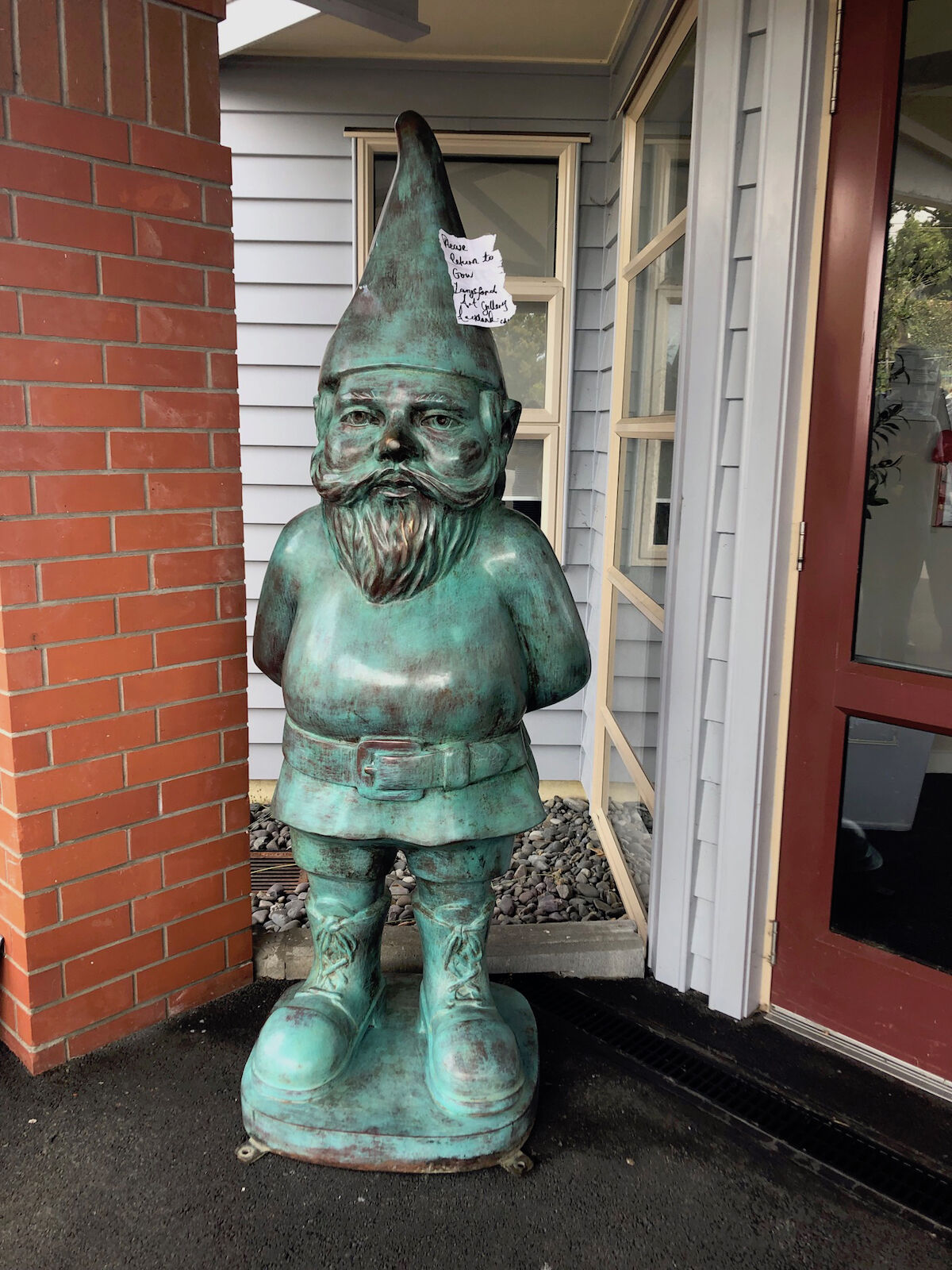 Gregor Kregar, Thinker, 2018, as it appeared when it was dropped at the Salvation Army. Photo courtesy Gow Langsford Gallery.