The United Nations condemned the “hatred and violence” directed at an exhibition of feminist art in Kyrgyzstan. 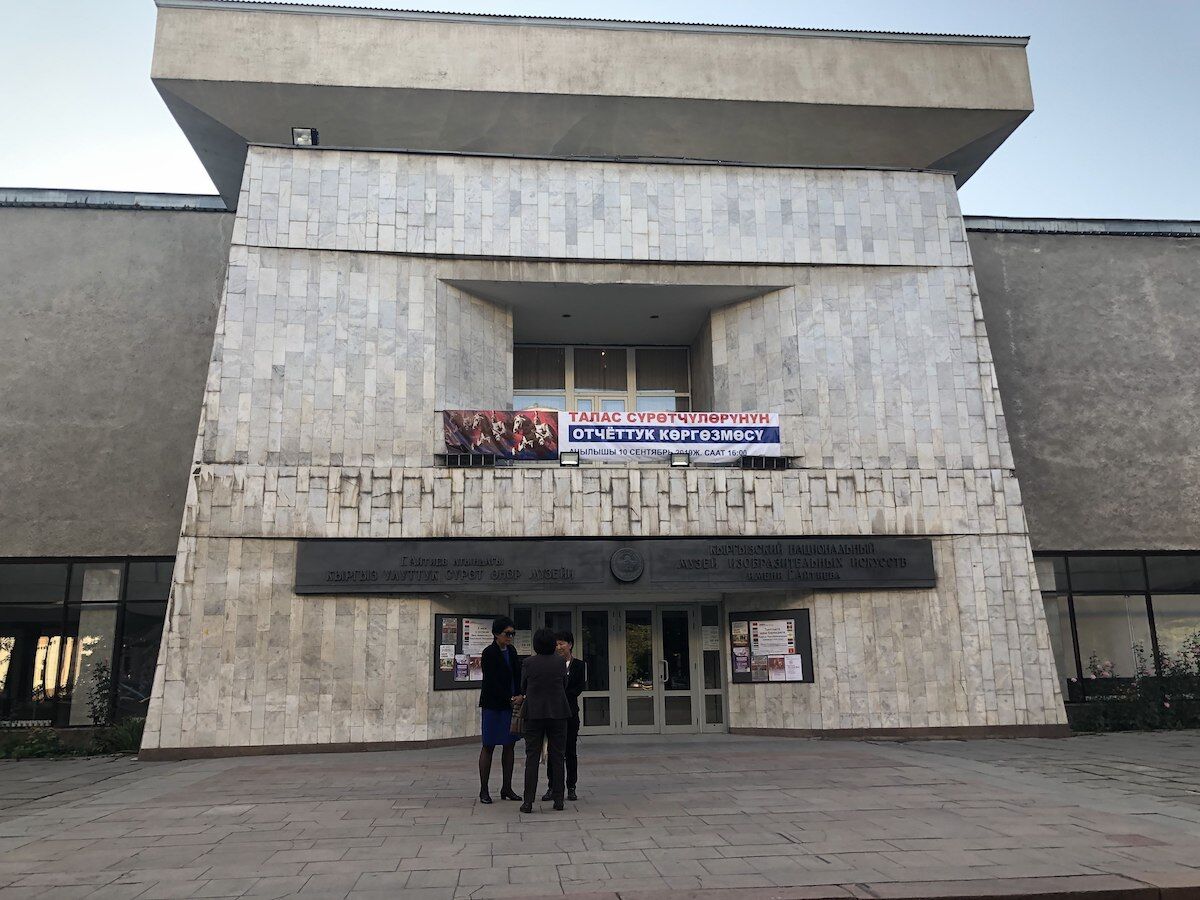 The National Museum of Fine Arts in Bishkek, the capital of Kyrgyzstan, site of the 1st Feminnale of Contemporary Art. Photo by Davide Mauro, via Wikimedia Commons.

An exhibition dubbed the first “Feminist Biennale of Contemporary Art” opened at the National Museum of Fine Arts in Bishkek, Kyrgyzstan, on November 27th. During the first week of its run, the Kyrgyz government removed several works from the show, the head of the museum resigned due to death threats, and the United Nations office in the country expressed “concern about alarming incidents of intolerance, hate speech, and calls to violence” in response to the reactions against the exhibition.

Among the works removed by the government was a black punching bag in the shape of a woman’s torso; Danish artist Julie Savery was also prohibited from re-performing a piece that involved her disrobing. Overall, the exhibition features 56 artists from 22 countries, and was scheduled to run for 17 days, a reference to the 17 women who died in a Moscow warehouse fire in 2016, including many Kyrgyz immigrants. Mira Djangaracheva, who was the director at the museum, stepped down from her role due to threats against herself and the exhibition organizers.

Public debate on all societal issues goes hand in hand with growth and development of all modern states. States carry an overriding obligation to ensure that such debate is free from incitement to hatred and violence against women and all groups in society.

The country’s minister of culture said the exhibition was provocative and was carried out “under the flag of feminism,” according to local news agency 24.kg. He also said he would be forming a commission to study the “scandalous exhibition.”

“This is a bad sign,” Djangaracheva told Reuters after stepping down. “Radicals want to run the museum, the ministry, the state policy on culture.”