The United States withdrew from UNESCO, accusing it of anti-Israel bias. 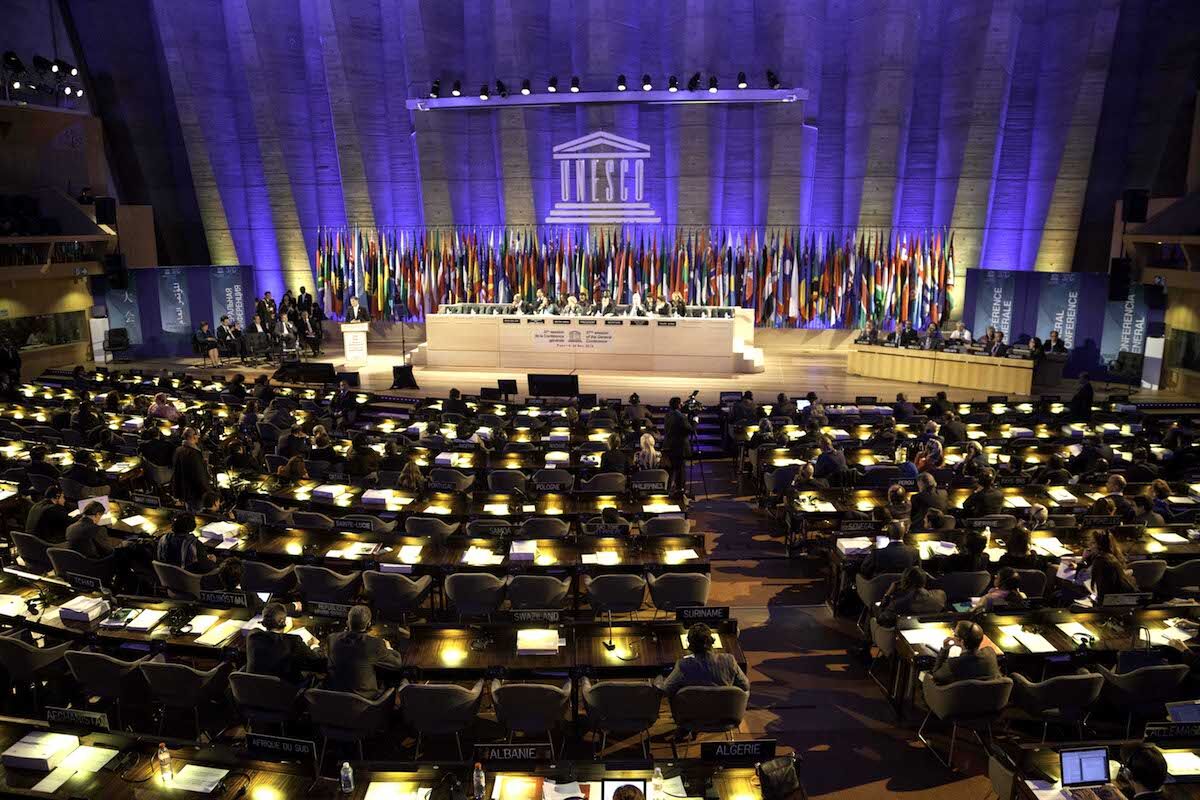 The UNESCO general assembly in Paris. Photo by Cancillería Ecuador, via Wikimedia Commons.

For the second time in the country’s history, the United States has withdrawn from the United Nations Educational, Scientific, and Cultural Organization (UNESCO), the international organization that that, “seeks to build peace through international cooperation in Education, the Sciences and Culture,” according to its site. The U.S., however, no longer wants to cooperate. In October 2017, then-Secretary of State Rex Tillerson initiated a formal withdrawal—which officially went into effect on the first day of 2019—citing anti-Israel bias after UNESCO recognized the old city of Hebron in the West Bank as a Palestinian World Heritage Site. Israel also officially left UNESCO on January 1st.

In 2011, following the UN’s decision to elevate Palestine to membership status, the United States stopped paying its membership dues to UNESCO in protest. The U.S. now owes the organization more than half a billion dollars.

The U.S. hopes to hang on as an “observer state” on “non-politicized issues,” including the protection of World Heritage sites. Artsy reached out to representatives at UNESCO for comment on how the withdrawal will affect the cultural status of protected landmarks, but received no response as of press time.

At the time when the fight against violent extremism calls for renewed investment in education, in dialogue among cultures to prevent hatred, it is deeply regrettable that the United States should withdraw from the United Nations leading these issues.

The U.S. has had an on-again-off-again relationship with UNESCO. In 1984, President Ronald Reagan withdrew in an attempt to curb recognition of Soviet cultural sites. President George W. Bush rejoined following the 9/11 attacks as a move to draw great international solidarity for the U.S.