The University of Kansas has censored a flag art by Josephine Meckseper after Republicans claimed it was ‘disrespectful.’ 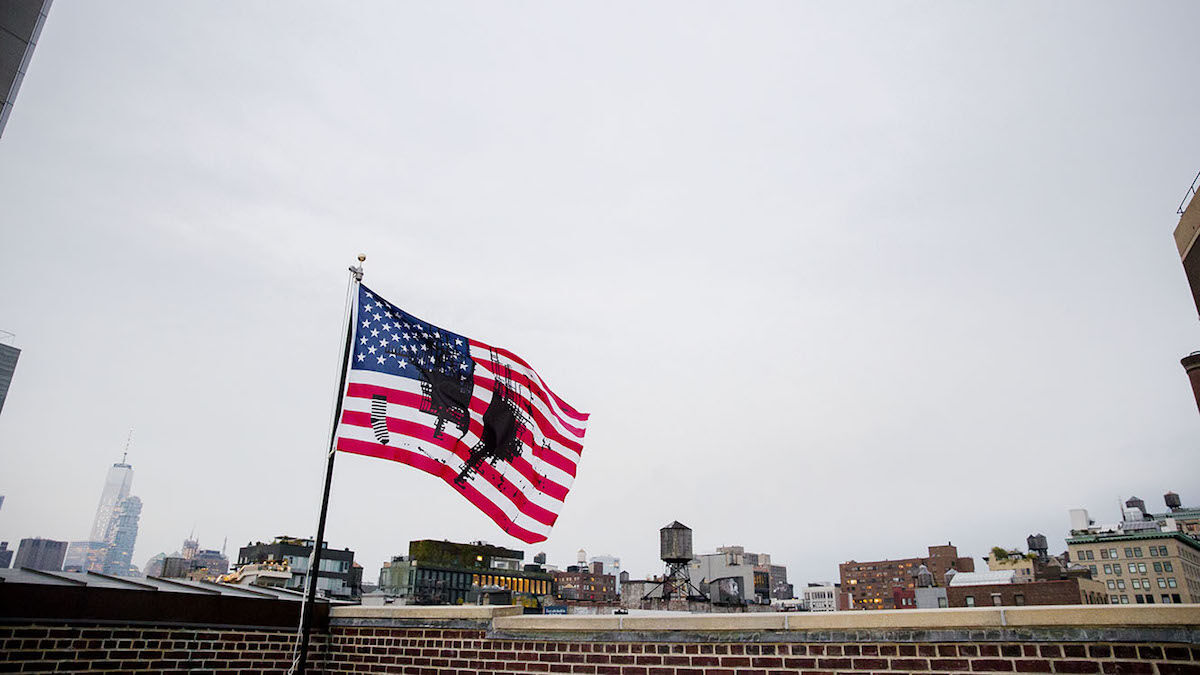 A flag work by the artist Josephine Meckseper caused a frenzy among Kansas’s Republican lawmakers and candidates this week, spurring the governor to demand that it be removed from University of Kansas, where it had been installed on July 5. ABC News reports that the school eventually succumbed to political pressure and agreed to censor the artwork, and take down the flag. “It was disrespectful to have something like that on permanent display on campus,” said Kendall Marr, a spokesperson for Governor Jeff Colyer. (The work was originally scheduled to remain on view through July 31.) Several other Republicans running for various offices in the state joined the chorus, and insisted that the flag be taken down because it defaced the U.S. flag and disrespected the military.

But censoring the work vividly illustrates the government’s systematic sowing of discord and culture of abuse—precisely what Meckseper sought to address with the work. Untitled (Flag 2) (2017) consists of an outline of a map of the U.S. broken in half printed onto the American flag. The artist said the image reflects “a deeply polarized country in which a president has openly bragged about harassing women and is withdrawing from the Kyoto protocol and UN Human Rights Council.” In the lower left-hand corner, there’s a small sock, which Meckseper says “takes on a new symbolic meaning in light of the recent imprisonment of immigrant children at the border.”

Untitled (Flag 2) was commissioned by New York-based nonprofit Creative Time as part of its Pledges of Allegiance project, which had 16 artists design flags to be displayed publicly across the country.

Contacted by Artsy, a spokesperson for Creative Time provided the following statement:

Art has a responsibility to drive hard conversations. Pledges of Allegiance was begun to generate dialogue and bring attention to the pressing issues of the day. The right to freedom of speech is one of our nation's most dearly held values. It is also under attack. We are proud to stand by artists who express themselves. Today’s events illustrate the same divisions in our country that the series has confronted head-on.

Meckseper’s flag is still flying at 12 other locations around the U.S., including at the Mid-America Arts Alliance in Kansas City—a 45-minute drive from the University of Kansas campus.