The USPS owes $3.5 million to the artist behind Las Vegas’s Statue of Liberty after printing the work on over 10 billion stamps. 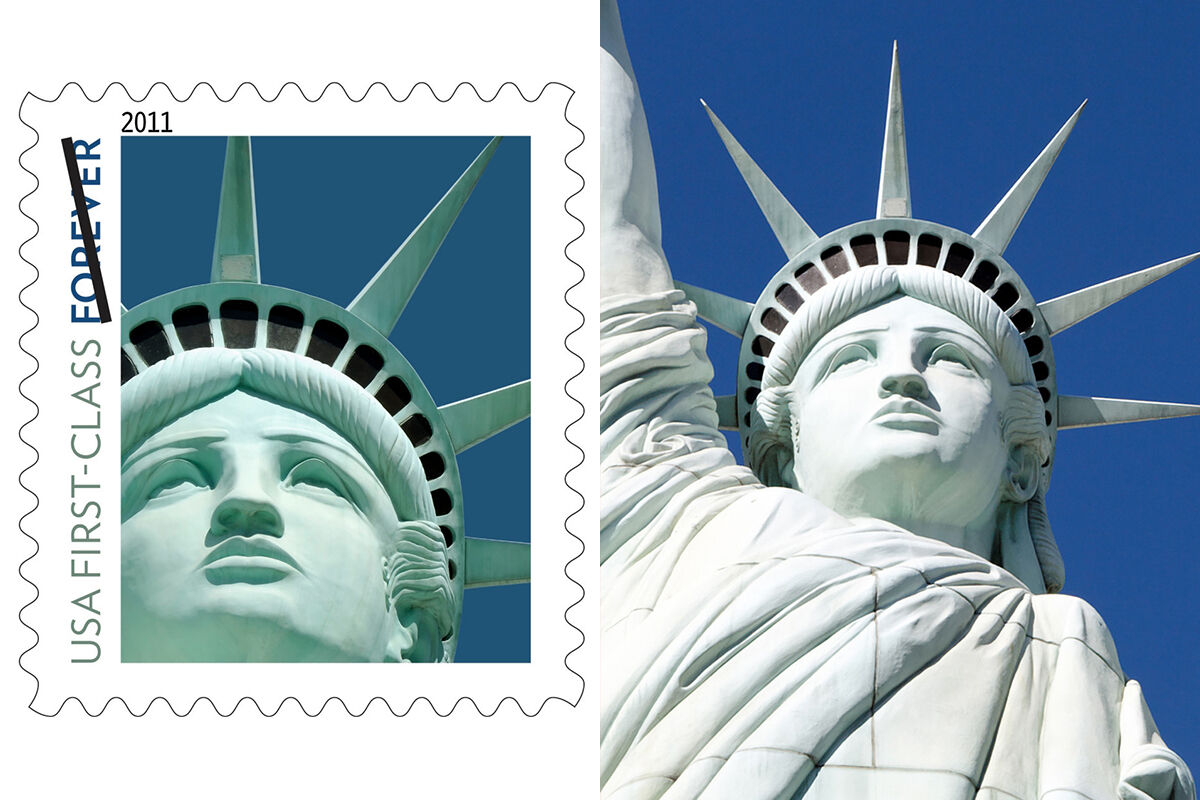 Sexiness is subjective, but when it comes to the modernized Statue of Liberty that looms over the Las Vegas Strip, there’s no denying she’s a bit more sultry compared to the original 19th-century version. But somehow, the United States Postal Service (USPS) couldn’t tell the difference between the two, and printed the wrong Lady Liberty on billions of stamps in 2010—the one outside of the New York-New York Hotel and Casino in Sin City, not the one on Liberty Island in New York Harbor. A stamp collector noticed the difference in 2011, and even after it became clear that the USPS did not have permission from the artist who made the statue, the postal service simply shrugged it off and kept printing. USPS “still loves the stamp design and would have selected this photograph anyway,” it stated in a 2011 email.

However, the artist who made the Vegas sculpture, Robert S. Davidson, did not love the USPS using an image of his work without obtaining permission and sued for copyright infringement in 2017. Last Friday, Davidson emerged victorious from the suit and will now receive $3.5 million, plus interest, as compensation.

Davidson’s win comes from the fact that his Statue of Liberty featured a more contemporary, fresher face than the original. Where the 134-year-old Lady Liberty features a stern gaze, pursed lips, and strong jawline, Davidson’s version portrays her with fuller lips, a softer jaw, and more narrow nose. In the claim, the artist elaborates on how he sculpted his to be completely different than the original; instead of working from an image of New York’s statue, he used an picture of his mother-in-law as a reference image to incorporate more “feminine” facial features. He dedicated the Vegas statue to his mother-in-law when it opened in 1996.

“We are satisfied that plaintiff succeeded in making the statue his own creation, particularly the face. A comparison of the two faces unmistakably shows that they are different.…We agree that Mr. Davidson’s statue evokes a softer and more feminine appeal. The eyes are different, the jaw line is less massive and the whole face is more rounded.” It continues, “Mr. Davidson’s statue, although invoking an existing world-famous statue, is an original, creative work, and as such is the subject of a valid copyright registration.”