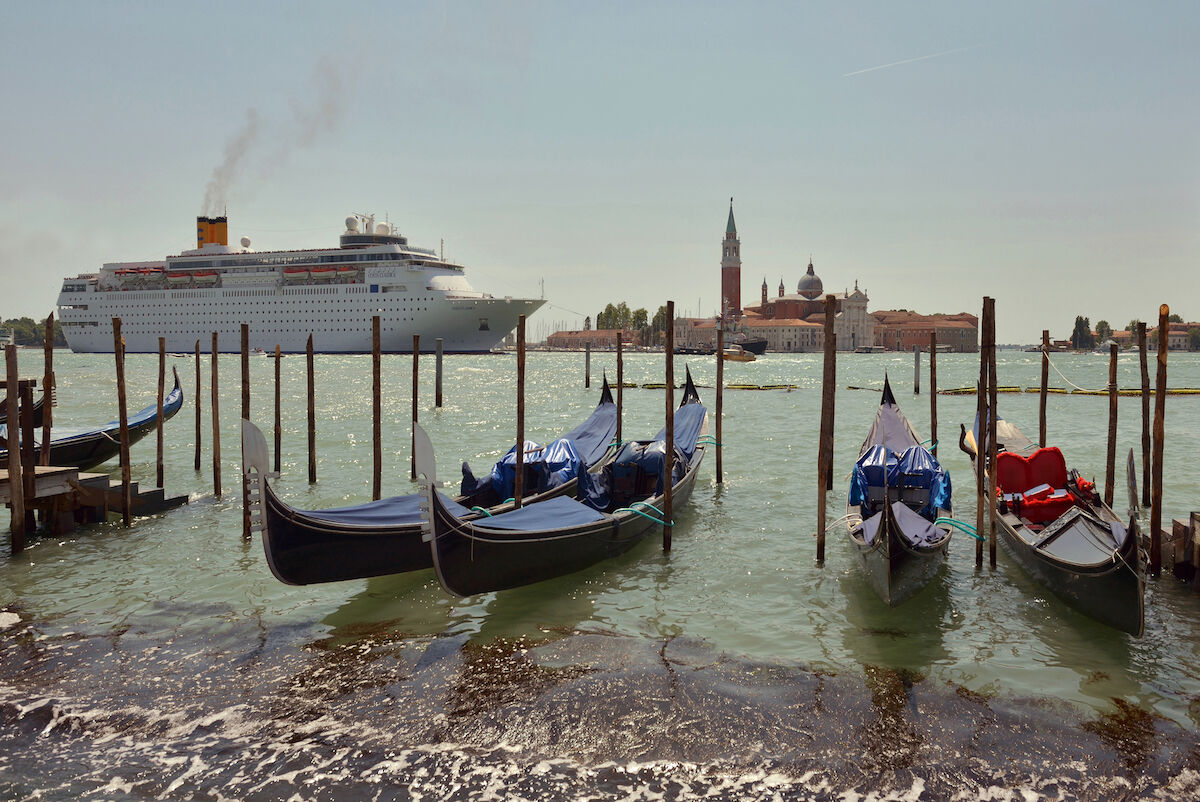 A cruise ship in Venice. Photo by Wolfgang Moroder, via Wikimedia Commons.

Exactly one year ago, the Metropolitan Museum of Art, one of the last major institutions in Manhattan where tourists could see art without paying a steep admission fee, did away with its pay-what-you-want model for out-of-state visitors. It’s just another step in the privatization of public spaces, one the New York Times called, “a mistake.”

Now, an ocean away, Italy is implementing a similar system throughout all of Venice. Tourists who don’t spend the night (and that’s nearly four fifths of them, according to CBS News) will be charged as much as $12 a day for entering the canal city following a parliamentary budget vote.

Nearly 30 million people visit each year and in May the 2019 Venice Biennale will kick off, bringing many more day-trippers to the exhibition spaces in the sinking city’s Arsenale and Giardini. Mayor Luigi Brugnaro said the entrance fee—which primarily targets passengers aboard the cruise ships that have long plagued the city—will help keep the city clean and allow locals to live with more decorum. Detractors say the turnstiles the city installed in order to implement ticketing and crowd-control measures are turning Venice into Disneyland.