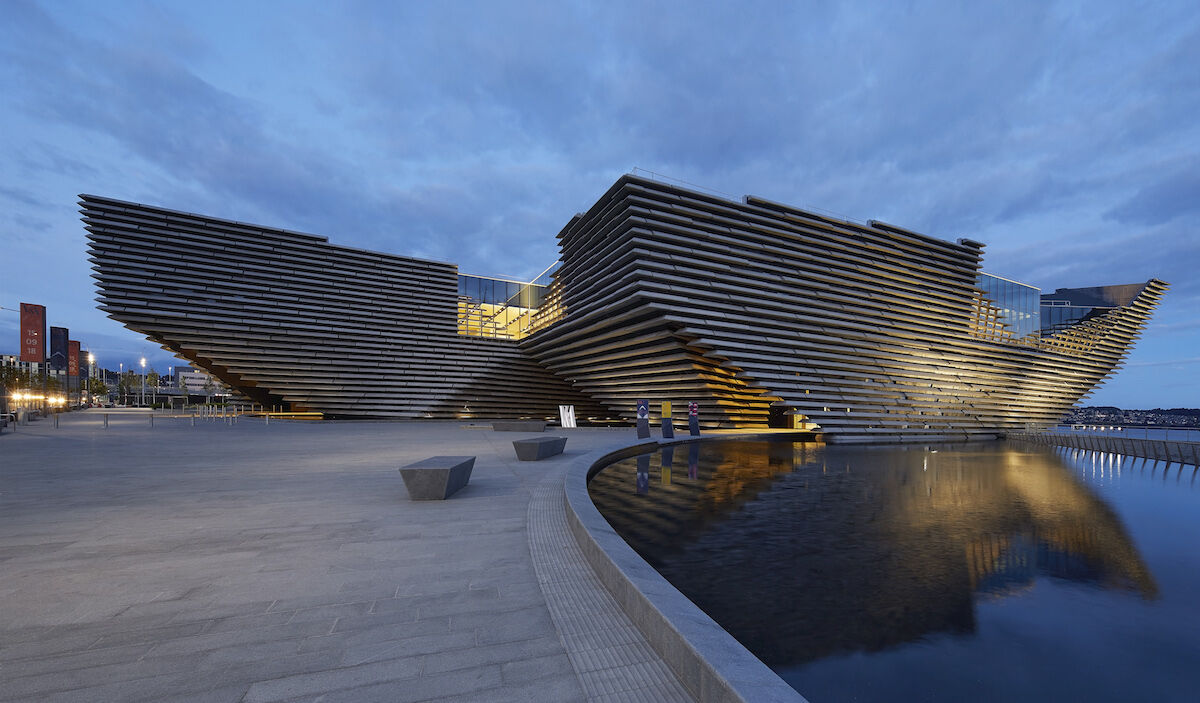 The V&A Dundee, designed by Kengo Kuma. Photo by and © Hufton Crow, courtesy the V&A Dundee.

Better late than never. This week marks the opening of the Victoria and Albert Museum (V&A) outpost in Dundee, Scotland, four years after its original opening date, and with costs running almost twice over budget. Nevertheless, officials have high hopes that the V&A Dundee—Scotland’s first museum devoted to design—will have an impact similar to the so-called “Bilbao effect” experienced by that Spanish city following the opening of an outpost of the Guggenheim designed by Frank Gehry.

“What is very clear to us, is that this is a project that needs to work locally, it needs to work nationally, and we want to bring an international audience,” the V&A Dundee’s director, Philip Long, told The Herald. 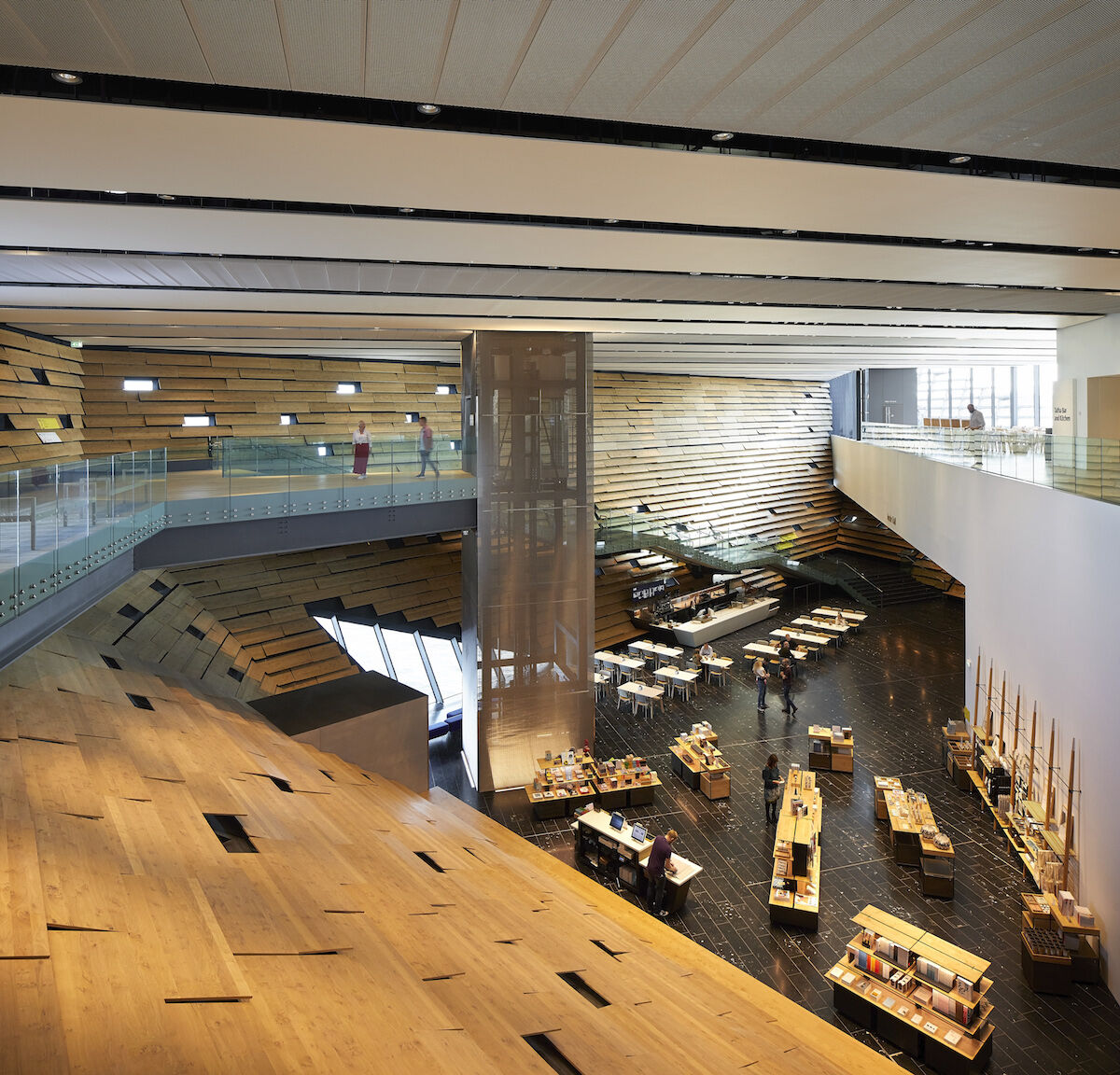 An interior space at the new V&A Dundee. Photo by and © Hufton Crow, courtesy the V&A Dundee.

The museum, which is housed in a dramatic building on the Tay riverfront that has alternately been likened to a whale, a boat, or a spaceship, was designed by renowned Japanese architect Kengo Kuma. It was originally planned to cost £45 million ($58.8 million), though as budgets ballooned, its final price tag came to £80.11 million ($104.7 million). The museum’s organizers are hoping it will bring 500,000 people to Scotland’s fourth-largest city (population 148,270) in its first year, and around 350,000 visitors annually thereafter. Dundee’s city council projects it will bring an annual economic boost of £11.6 million ($15.1 million) to the city. 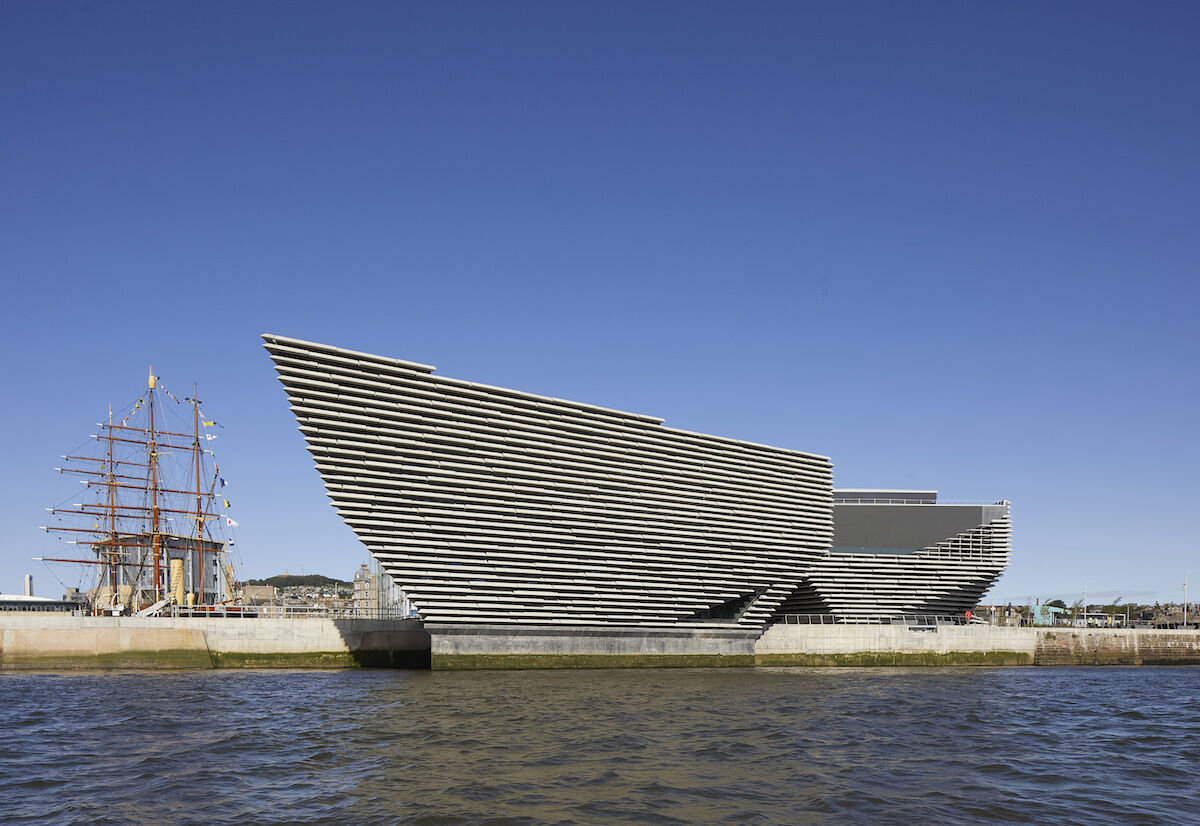 The V&A Dundee, designed by Kengo Kuma. Photo by and © Hufton Crow, courtesy the V&A Dundee.

“I was inspired by the cliffs of northeastern Scotland—it's as if the earth and water had a long conversation and finally created this stunning shape,” Kuma told Dezeen. “I hope the museum can change the city and become its centre of gravity.”

In addition to a permanent display devoted to Scottish design and a temporary exhibition on ocean liners, the new museum houses a tea room designed by Charles Rennie Mackintosh. The architectural interior is on public view for the first time in a half-century following a thorough restoration. 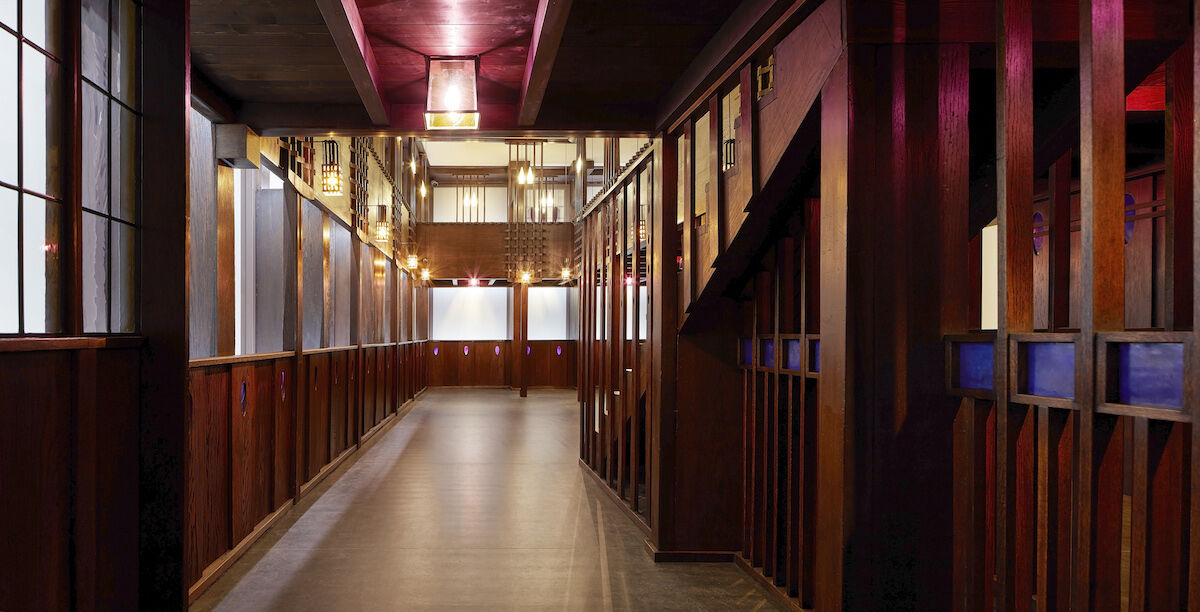