Viewers’ breath is causing Edvard Munch’s “The Scream” to fade. 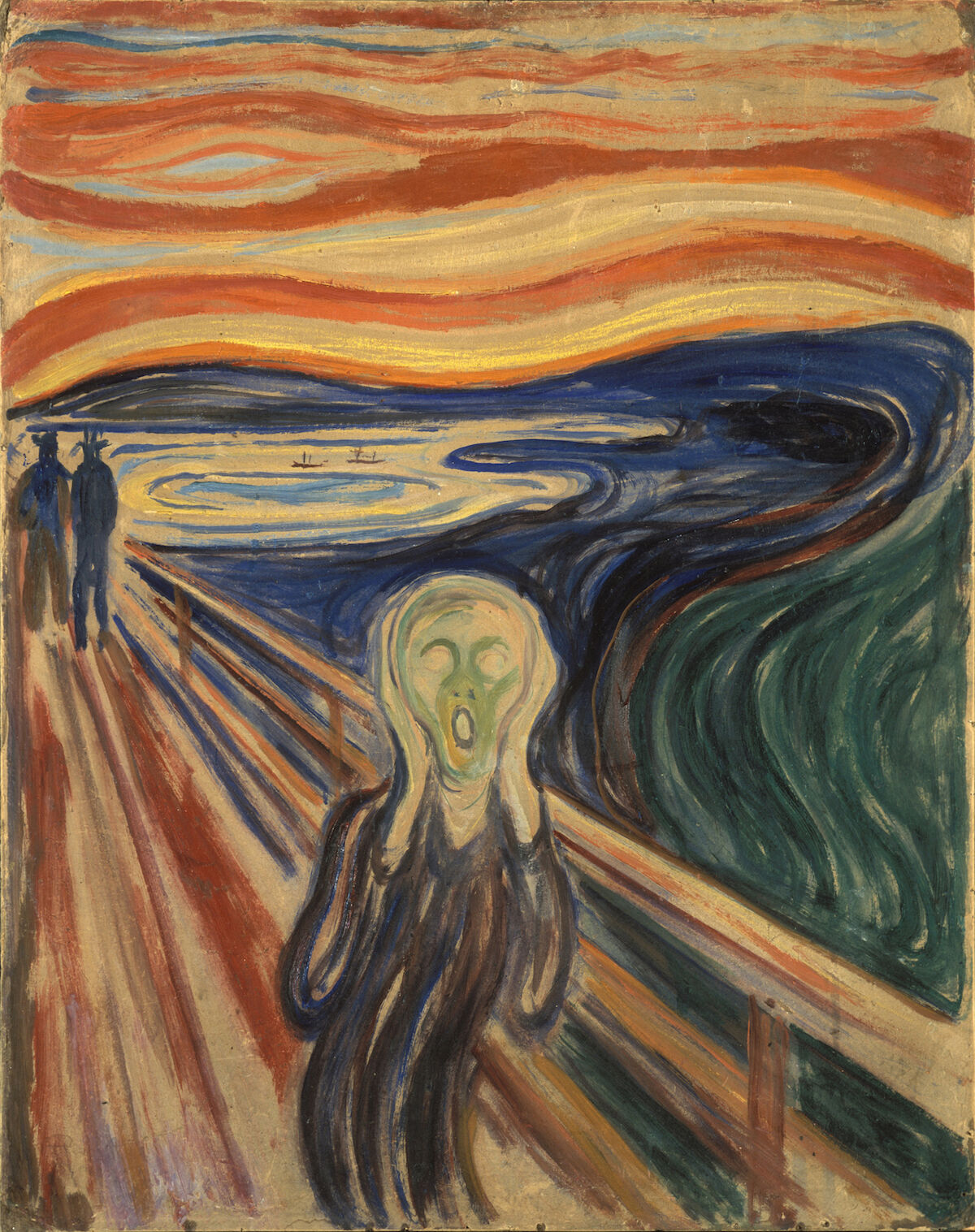 A team of international researchers have identified the main reason for the deterioration of Edvard Munch’s famous painting The Scream (1910): viewers’ breath. The team found that Munch used a blended tube of cadmium yellow paint, which can discolor and chip when exposed to even low humidity. Large groups of viewers breathing on the artwork has resulted in faded color on parts of the painting.

Professor Koen Janssens from the University of Antwerp said in a statement quoted by The Guardian:

It turned out that rather than use pure cadmium sulphide as he should have done, apparently he also used a dirty version, a not very clean version that contained chlorides. I don’t think it was an intentional use—I think he just bought a not very high level of paint. This is 1910 and at that point the chemical industry producing the chemical pigments is there but it doesn’t mean they have the quality control of today.

This team of scientists from Belgium, Italy, the United States, and Brazil has previously uncovered various factors contributing to the deterioration of the artwork. Their preliminary tests on reducing the painting’s exposure to light revealed that the light was not actually very harmful. In February, they found that the type of paint Munch used may be responsible for the painting’s discoloration. The latest findings, published in the May 15th issue of Science Advances, provide further evidence that Munch’s choice of paint may be responsible for the degradation of the artwork.

The team used luminescence imaging to track inconsistencies in the behavior of the paint. Janssens added: “When you illuminate the painting with UV light, what comes back is some kind of orange light in some locations, and there the paint is in not so good a condition.” Housed at the Munch Museum in Oslo, the 1910 version of Munch’s The Scream, was stolen in 2004 and later recovered in 2006.

Further Reading: How Edvard Munch Expressed the Anxiety of the Modern World