Vincent van Gogh’s “Sunflowers” painting was deemed too fragile to ever travel again. 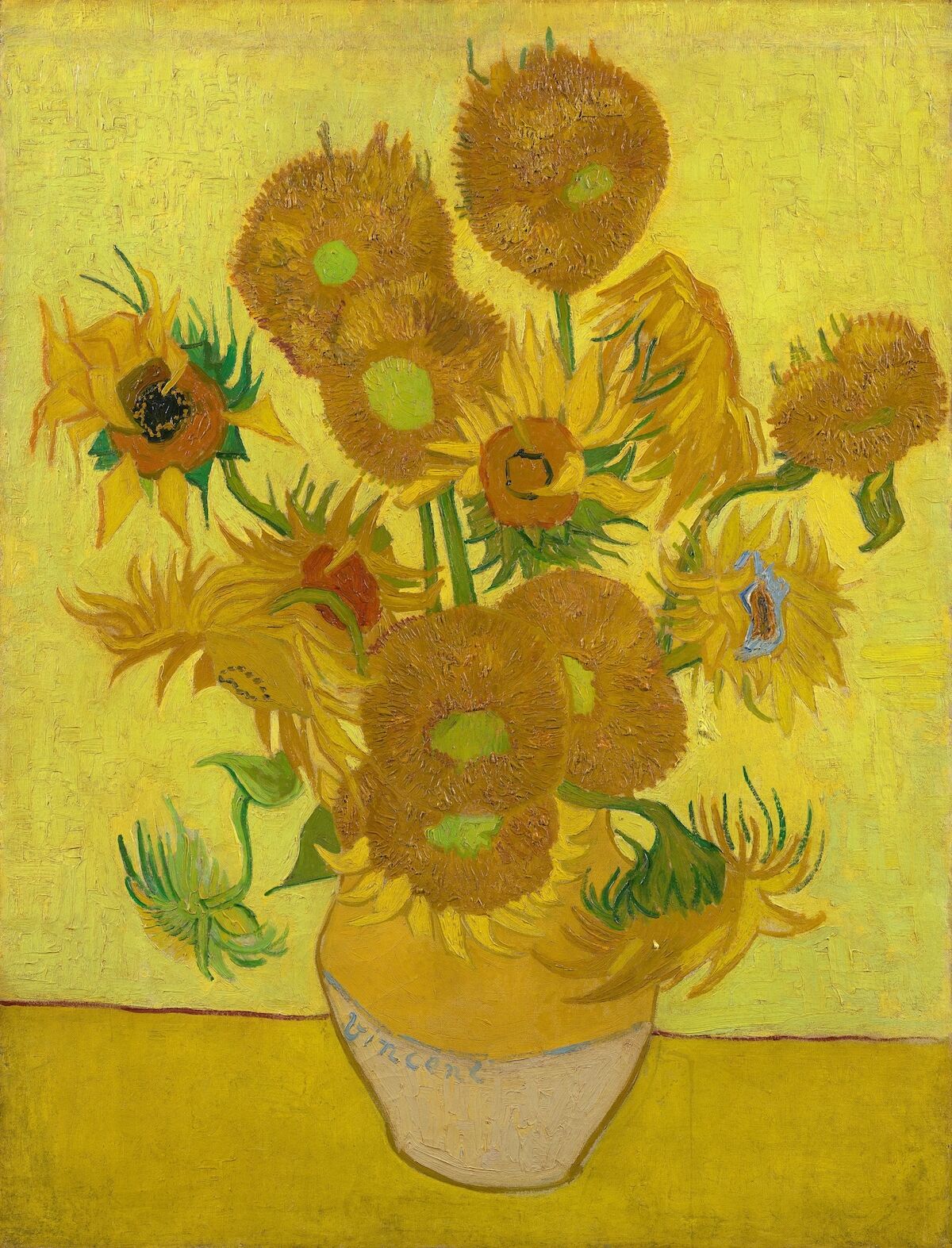 An international team of specialists working at the Van Gogh Museum in Amsterdam have confirmed that the sun is setting on one of the Dutch post-impressionist sunflower paintings. According to the museum’s director, Axel Rueger, Vincent van Gogh’s iconic Sunflowers (1889) is too fragile to ever travel again.

The 130-year-old painting has been in the museum’s conservation studio since early January and the research and restoration efforts are expected to extend into late February. A study akin to a “full-body-scan” of the painting revealed that the layers of ground and paint seem stable, yet highly sensitive to changes in humidity and temperature as well as vibrations.

Given Sunflowers’s “stable but vulnerable” condition, doctor’s orders call for as much rest as possible. “It is therefore important that the painting is moved about as little as possible, and that it is displayed in a stable climate” Rueger told The Telegraph.

Sunflowers is one of seven sunflower paintings van Gogh produced during his sojourn in the southern French town of Arles in the late 19th century. Five of them are on public display around the world and can be found in the Philadelphia Museum of Art in the U.S., the Neue Pinakothek in Munich, the Seiji Togo Memorial Sompo Japan Nipponkoa Museum of Art in Japan, and the National Gallery in London.

“From now on, this highlight of our collection will stay at home in Amsterdam,” Rueger added, “available for all of our visitors to see every day of the year.”