Visiting museums and galleries may help people live longer, according to a new study. 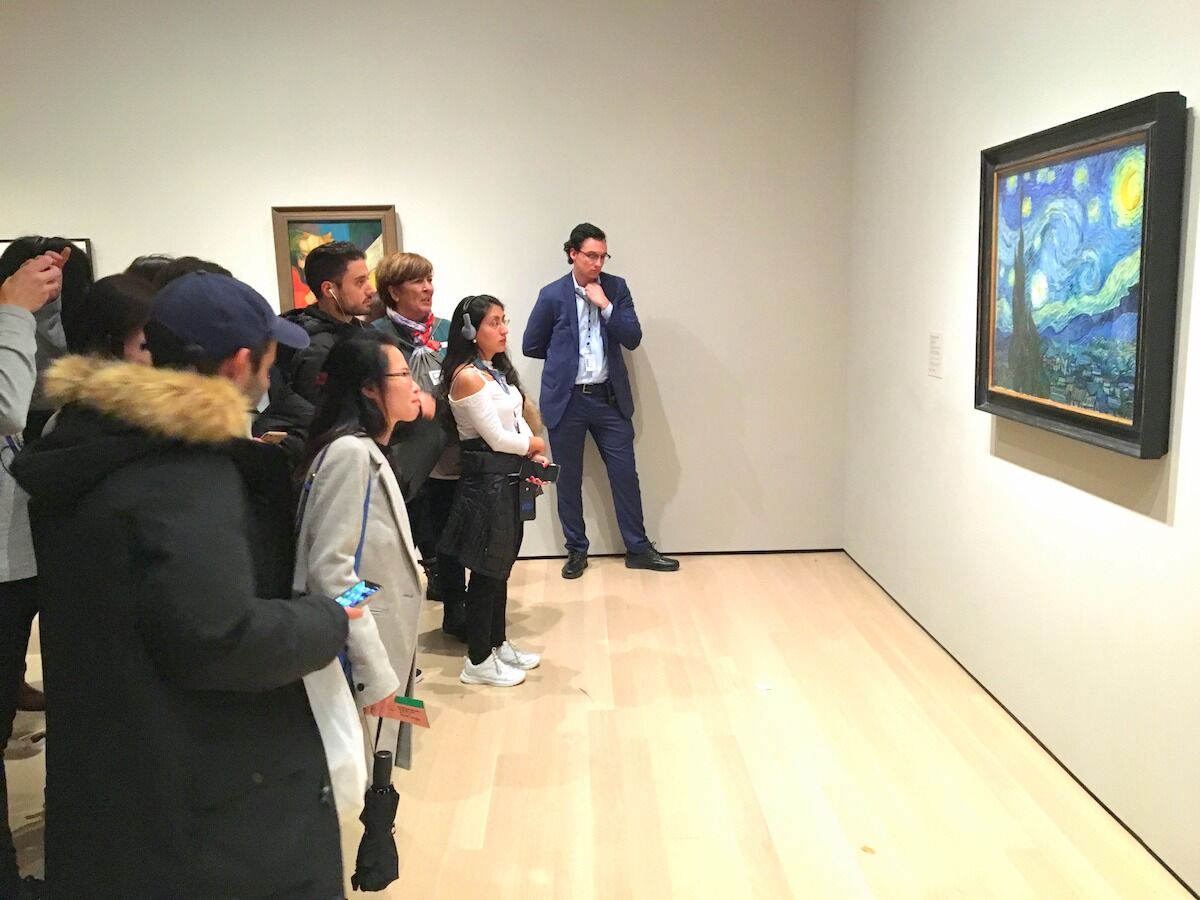 Visitors at the Museum of Modern Art look at a painting by the Dutch artist Vincent van Gogh. Photo by wyliepoon, via Flickr.

Part of the reason for the difference in life longevity can be chalked up to socioeconomic differences between those who go to museums, art galleries, and theaters, and those who cannot. Although wealth accounted for around 9 percent of the correlation, and factors like cognitive differences, social and civic engagement, and mobility also played a role, over half of the association was independent of these factors.

Daisy Fancourt, associate professor at UCL’s Research Department of Behavioral Science and Health and an author of the study, told CNN Style:

We also thought that a greater sense of purpose could play a role. If this [study] is added to the larger body of evidence, we are getting an increasingly rich picture on how arts can benefit health and it’s not about one single outcome. It can have wide ranging benefits and support healthier lives lived longer.

An editorial accompanying the study said its findings added to the growing concerns around the decline of arts subjects in high schools and colleges, and argued that activities like going to museums, concerts, and the theater should be open to everyone, regardless of socioeconomic status.

The UCL study looked at data from over 6,000 adults in England who were 50 years and older. In 2004 and 2005, researchers measured how often the participants engaged in cultural activities, like going to exhibitions, concerts, and the opera (but excluding going to the movies). The scientists followed up with participants over a 14-year period to see how long they lived. They then looked at all the economic, health, and social factors that could impact longevity, and while they found a correlation between engaging in arts and living longer, they could not establish a cause for this connection.

Further Reading: Why Going to an Art Museum Could Be as Good for You as Exercise