Weekend protests at the Whitney Museum called for the resignation of its vice chairman, who owns tear gas manufacturer Safariland. 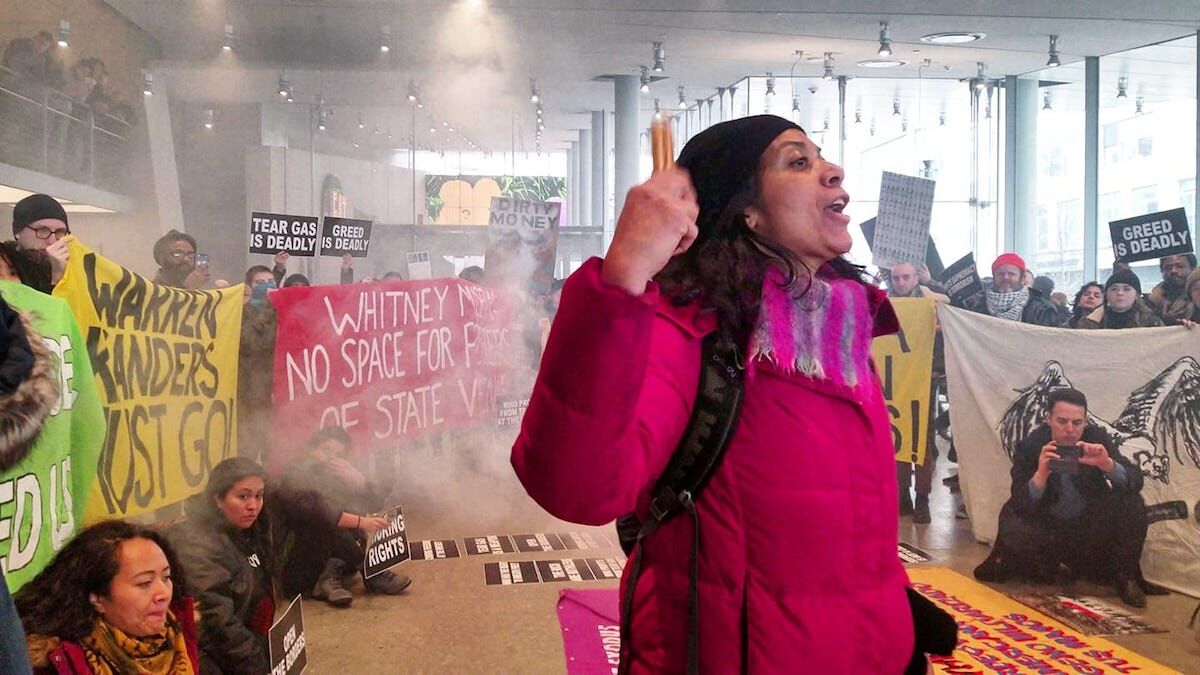 On Sunday afternoon, members of the activist group Decolonize This Place and their supporters staged a protest in the lobby of the Whitney Museum of American Art, calling for the resignation of the vice chairman of the museum’s board, Warren B. Kanders.

Kanders, who also provided “significant support” to the institution’s current Andy Warhol retrospective, is the owner of Safariland, a company that manufactures tear gas canisters that were recently fired at asylum-seekers at the U.S.–Mexico border. The protesters displayed banners with messages such as “Whitney Museum: No Space for Profiteers of State Violence” and burned sage.

Marz Saffore, a member of Decolonize This Place, told Hyperallergic:

The immediate goal is that Warren Kanders must go. That does not mean that there aren’t dozens and dozens of other issues within the board of trustees at the Whitney, or within the way that the Whitney shows art or who curates the art.

Last month, nearly 100 Whitney Museum staffers signed a letter calling on the institution’s leadership to break its silence about Kanders’s presence on the museum board, in light of his ownership of Safariland. In response, the museum’s director, Adam D. Weinberg, wrote a letter to the museum’s staff and trustees, saying that the museum, “cannot right all the ills of an unjust world, nor is that its role.” Kanders himself also wrote an open letter, which stated in part: “I think it is clear that I am not the problem the authors of the letter seek to solve.”

Sunday’s protest ended without incident, but moved out of the museum lobby and onto the steps outside its main entrance after the arrival of the New York City Fire Department due to the amount of smoke generated by the burning sage.

The Whitney Museum has not responded to Artsy’s request for a comment regarding the protest.