The U.S. will not attack cultural sites in Iran, the Pentagon asserted, contradicting President Trump. 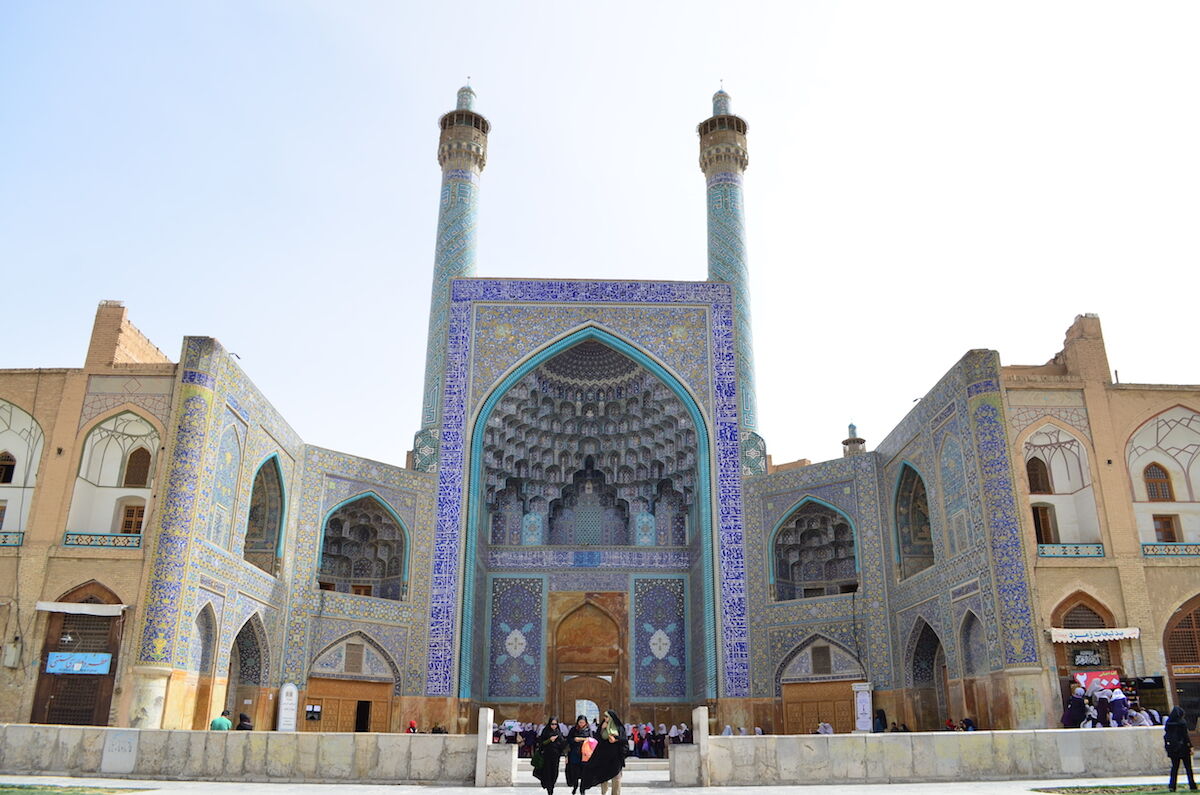 One of the entrances to the Masjed-e Jāmé mosque in Isfahan, Iran. Photo by آرش, via Wikimedia Commons.

After U.S. President Donald Trump threatened to target important cultural sites in Iran should the country retaliate against the U.S. killing of General Qasem Soleimani, the Pentagon has ruled out attacking such cultural sites. U.S. Defense Secretary Mark T. Esper said that targeting any site of cultural importance with no military value would be a war crime. According to the New York Times, an administration official said that the 52 sites Trump threatened to target in Iran included no cultural sites.

Iran is home to 22 cultural UNESCO world heritage sites, including the ancient city of Persepolis, capital of the Achaemenid Empire, the ruins of the holy city of the Kingdom of Elam, the ornate Masjed-e Jāmé mosque in Isfahan, and the medieval Mausoleum of Oljaytu. Many critics of Trump’s comments compared his threats against Iran to the cultural destruction wrought by ISIS in Iraq and Syria in 2014 and 2015.

The targeting of sites of global cultural heritage is abhorrent to the collective values of our society. Our world knows precisely what is gained from protecting cultural sites, and, tragically, what is lost when destruction and chaos prevail.

Tristram Hunt, director of the Victoria & Albert Museum, wrote on Twitter, “This is a worrying step toward the normalization of cultural destruction as a war aim.” In a statement, the Association of Art Museum Directors decried military action against cultural sites and said that the “museum community stands ready to assist with locating [the sites and monuments] and working to help U.S. forces avoid targeting or destroying them.” The Archaeological Institute of America and, in a joint statement, the International Council of Museums and the International Council on Monuments and Sites also condemned any military targeting of cultural sites.

In a statement, the American Alliance of Museums wrote:

Our nation has a long history of safeguarding cultural resources, particularly in nations experiencing political turmoil and armed conflict. Strikes against cultural sites anywhere in the world are a threat to our global heritage and contradicts treaties signed by the United States to protect humankind’s cultural heritage.

The United States is subject to the 1954 Hague Convention, which bars “any act of hostility” directed against cultural property. The U.S. Department of Defense’s Law of War Manual also prohibits the intentional destruction of such property unless it is necessary for a legitimate military goal. In 2017, the United Nations Security Council also adopted a resolution that says “directing unlawful attacks against sites and buildings dedicated to religion, education, art, science, or charitable purposes” is a war crime, and that “perpetrators of such attacks must be brought to justice.”