Workers at the Guggenheim moved toward forming a union. 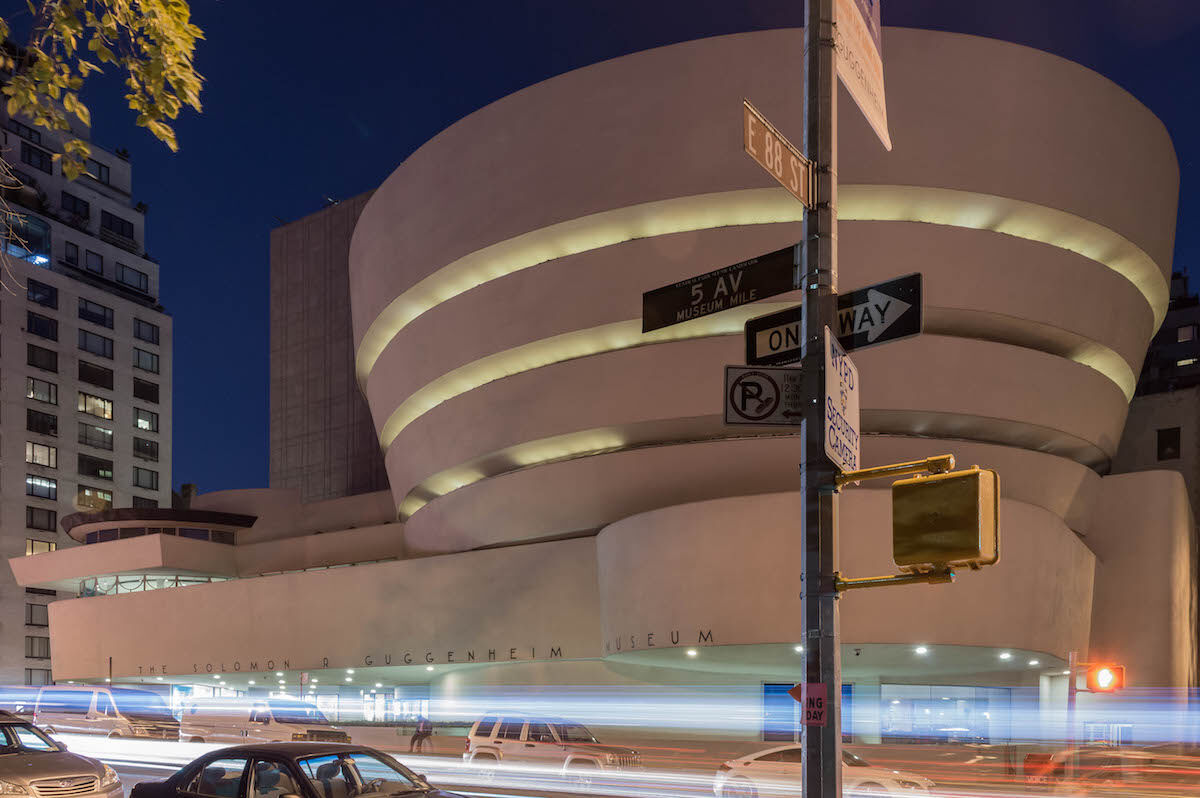 For the first time in the museum’s history, workers at the Solomon R. Guggenheim Museum on Manhattan’s Upper East Side have made an attempt to form a union. Last week, Local 30 of the International Union of Operating Engineers filed a petition with the National Labor Relations Board to represent about 90 art handlers and engineers who are employed by the museum. There are roughly 10 full-time engineers and some 80 carpenters, framers, multimedia technicians, and art handlers who are called up to install and take down shows, paid by the museum but employed on an ad-hoc basis.

The move to unionize comes at a time when the behind-the-scenes workers at prestigious museums are becoming more vocal about increasing wages. In recent weeks, an online spreadsheet has circulated with crowd-sourced information about compensation at various museums, galleries, and nonprofits, showing sometimes-extreme disparities. One Guggenheim worker, the art handler Eric Heist, said pay at that institution had not increased in three years. “They’re putting priceless artworks into our hands and they expect quality work,” he told the New York Times, adding that pay is $25 an hour, but the museum often withholds overtime.

In a statement, the Guggenheim said:

We respect the right of our employees to decide whether they wish to be represented by a union. [. . .] This matter is now pending with the National Labor Relations Board.

Andres Puerta, who is Local 30’s director of special projects, said that the first hearing would take place Thursday unless the museum and the union reach an agreement, with the union board to begin the process of organizing the 90 or so employees into bargaining units. The Guggenheim is not going down without a fight. It has retained Steven Swirsky, an attorney with the firm Epstein Becker Green; the Times noted Swirsky’s website boasts the lawyer has “devoted his practice almost exclusively to aiding employers in developing strategies to remain union-free.”

The move by Guggenheim workers to unionize follows similar campaigns at other New York City institutions including the New Museum and the Tenement Museum. Last summer, the Museum of Modern Art’s drawn-out contract negotiations with one of the unions representing its employees sparked protests. After 122 days of bargaining, the union members got a new contract.