The world’s first movie poster will be auctioned at Sotheby’s. 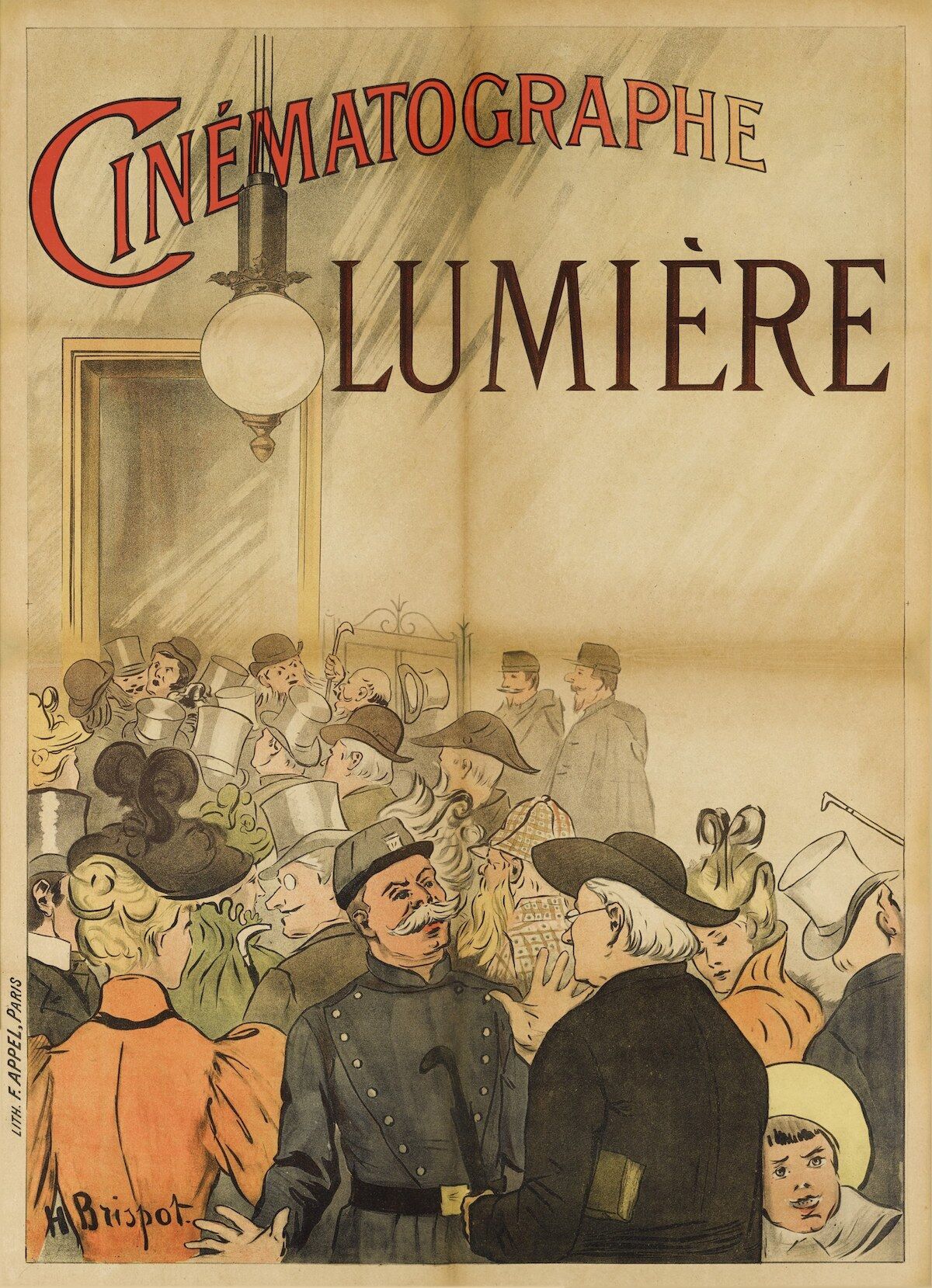 Movie memorabilia comes up for auction all the time, but few items can claim to be as old as this: The world’s first-ever movie poster, made as an advertisement for one of the first-ever public screenings of a motion picture, hosted by the Lumière brothers in Paris at the start of 1896. Sotheby’s is set to auction off the poster, which was designed by Henri Brispot, in an online auction August 28, and it’s expected to bring in somewhere between £40,000 and £60,000 ($50,800–76,200).

As reported in The Guardian, the poster was one of two made to gin up attention for two screenings set to be held January 1 and 2, and it’s a depiction of the curious Parisians who attended a screening December 28—the very first public screening of a motion picture. Only 30 people showed up to that screening despite chairs being set up for 100, and there inside the cafe was a bedsheet draped on a wall and the cinématographe installed on a stepladder. Many viewers were shocked and at least one attendee emitted a horrified shriek during the 20-minute screening of short films, which included rough video of an infant scooping a goldfish from a bowl and workers leaving a factory. But word spread as newspapers began to report on the strange moving pictures, and more screenings were planned. Within months, there were screenings internationally.

The lot essay calls the artwork the “ultimate collector’s poster and a true museum piece.”