The wreck of a boat that sank in 2015, killing hundreds of migrants, is on view at the Venice Biennale. 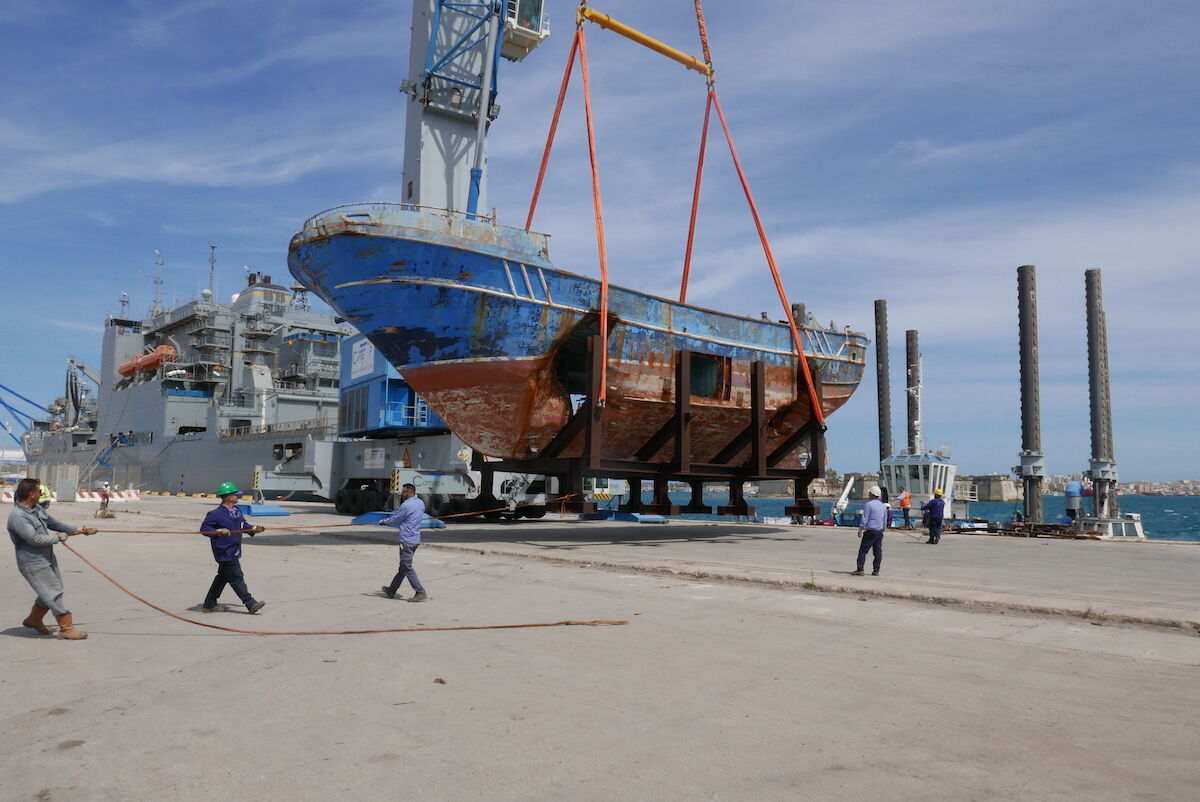 The migrant shipwreck of April 18, 2015 being transported from the Pontile Marina Militare di Melilli (NATO) to the Arsenale in Venice, Italy. Photo © BARCA NOSTRA.

The Swiss-Icelandic artist Christoph Büchel will display the wreck of a fishing boat that sank off the coast of Libya in 2015, killing hundreds of migrants, at the Venice Biennale. Upwards of 800 people are believed to have died in the shipwreck—accounting for about a fifth of all migrant deaths in the Mediterranean in 2015, according to the United Nations’ International Organization for Migration—while only 28 survived, including the captain and a crewmember (both of whom were subsequently convicted). The remains of the boat will be installed at the Arsenale, one of the two main venues of the Venice Biennale, as part of Büchel’s “Barca Nostra” (or “Our Ship”) project.

According to a press release announcing the project, the Italian government spent €9.5 million ($10.6 million) recovering the boat from a depth of 370 meters (more than feet 1,200 feet) in 2016. A series of subsequent proposals for memorials and displays fell through, setting the stage for the boat’s release on the fourth anniversary of the tragedy, April 18, 2019. It was subsequently transported to Venice for the realization of Büchel’s project, which opens to the public, along with the rest of the 2019 Venice Biennale, on May 11th.

This is not the first time Büchel has courted controversy at the Biennale; for his Icelandic pavilion project in 2015, he converted a former Catholic church into a functioning mosque, which was ultimately shut down by Venetian authorities who deemed it a security hazard.

Further Reading: All of the Artists in the Venice Biennale

Further Reading: These Galleries Have the Most Artists in the Venice Biennale