A Zao Wou-Ki painting from the Guggenheim Museum could fetch $10 million at Sotheby’s. 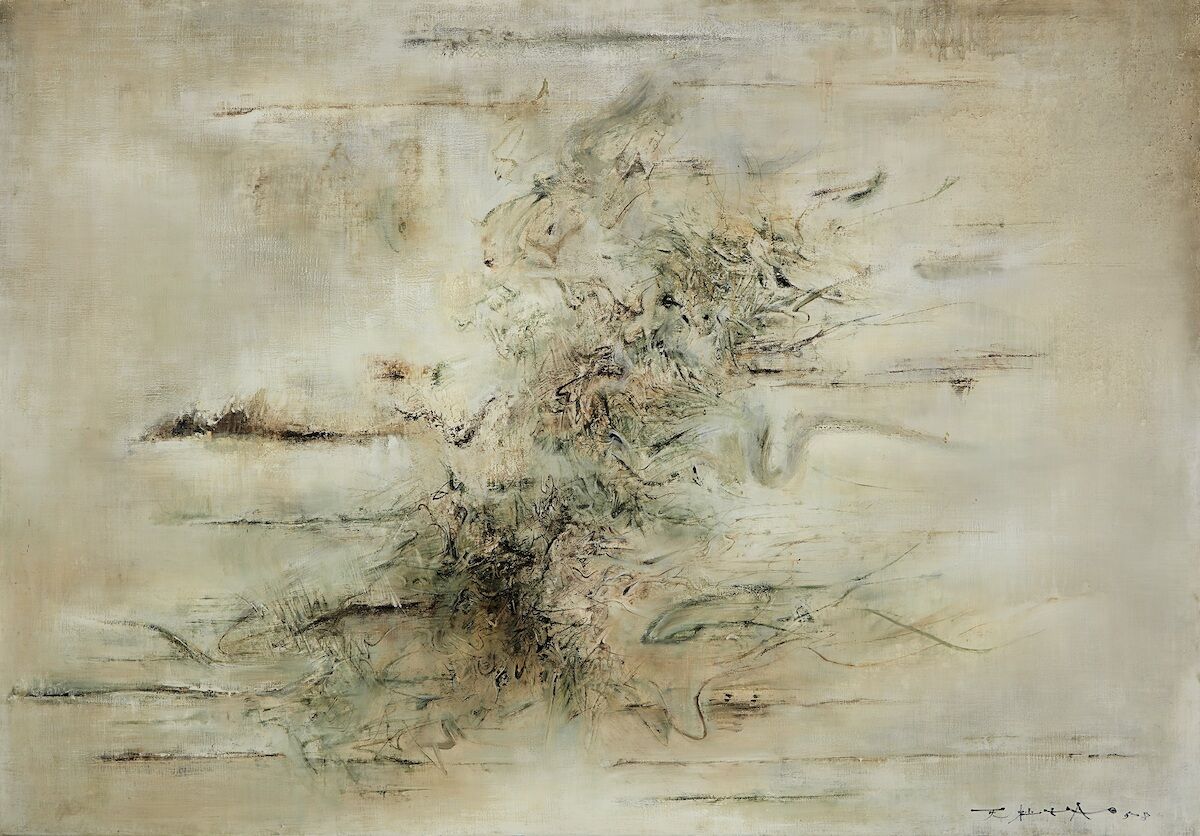 Sotheby’s announced on Tuesday that it will be selling Untitled (1958), a large painting by Zao Wou-Ki during the March auctions in Hong Kong, estimating that the work from the master Chinese artist’s “Oracle Bone” period could sell for between HK$60 and HK$80 million ($7.7 million to $10 million).

That price is a far cry from the artist’s record, established at Sotheby’s Hong Kong last November when the gigantic triptych Juin-Octobre 1985 (1985) sold for $65 million, marking a new high for a work made by an Asian oil painter. But what makes this new Wou-Ki consignment interesting is the provenance—it’s being deaccessioned by the Guggenheim, which is selling the work more than 50 years after it entered the collection.

While an infrequent action, a museum selling work from its collection at auction is not necessarily scandalous; in this case, the proceeds raised by the sale will benefit the Guggenheim’s art fund.

With its distinguished provenance and impeccable quality from the artist’s critical “Oracle Bone” period, this masterwork will no doubt generate interest and excitement from collectors worldwide.

The work entered the Guggenheim collection in 1964, when it was donated from the collection of Samuel Rosenman, an attorney who served as the first-ever White House Counsel, under Franklin Delano Roosevelt. He purchased it from the Kootz Gallery, a pioneer in showing abstract expressionist art. The work will be put up for auction at Sotheby’s Hong Kong sales room on March 31st.