How to Be an Artist, According to Louise Bourgeois 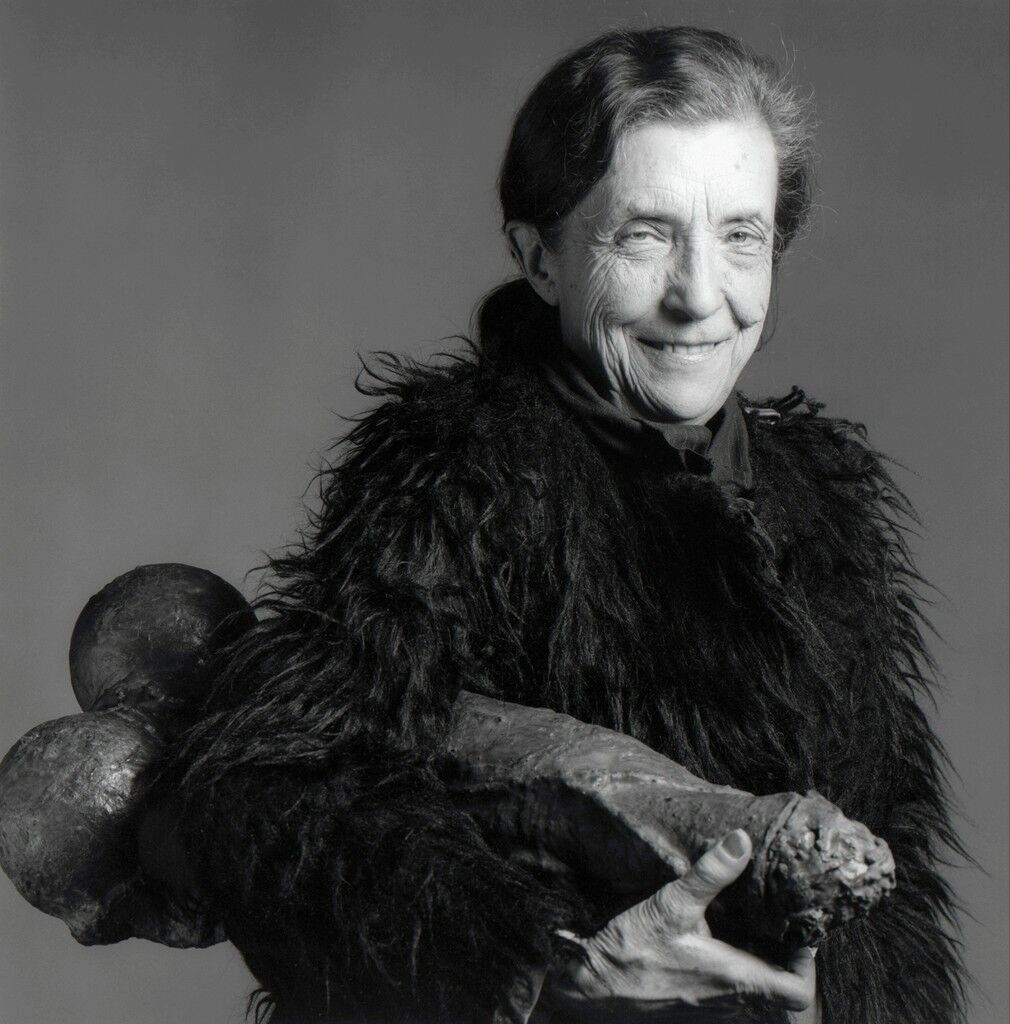 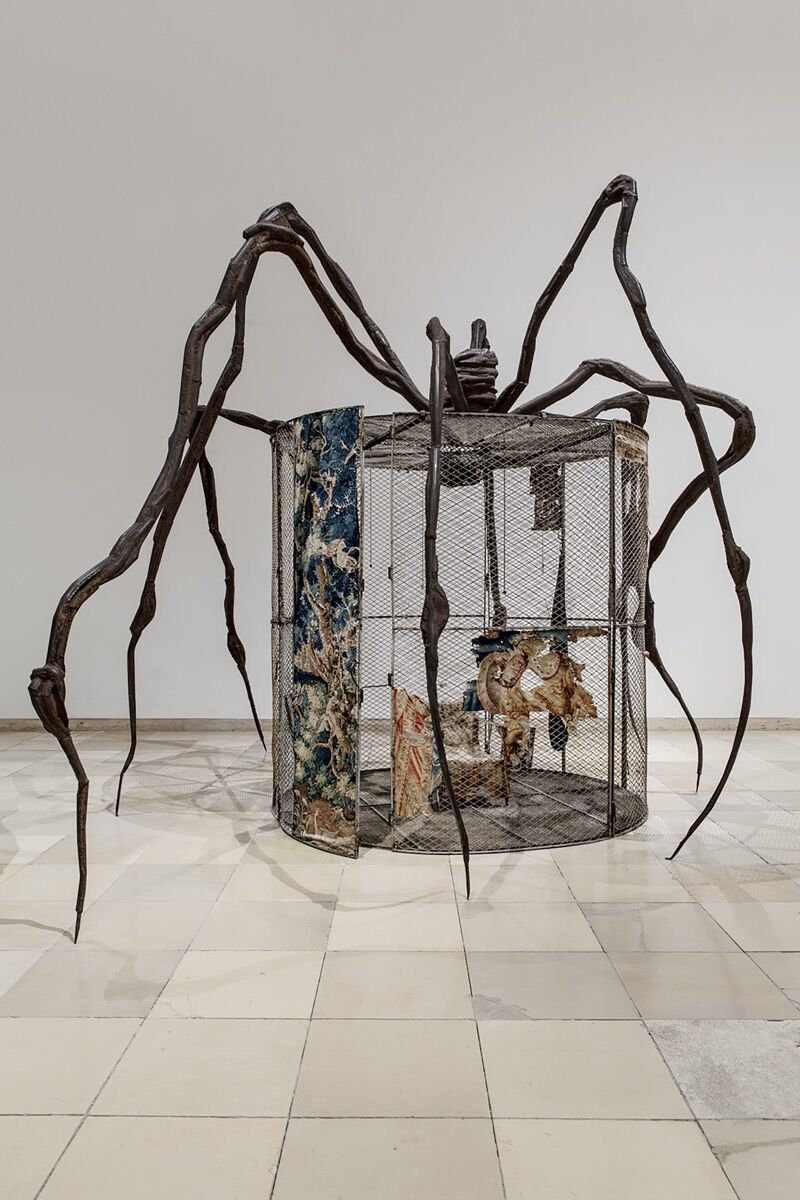 Louise Bourgeois
’s life spanned nearly the entire 20th century, and when she died in 2010 at a commanding 98 years old, she left behind an evocative body of work and writings in which many other artists have sought insight and inspiration.
Those texts bring context to her life’s work, which was deeply autobiographical. Born in Paris in 1911 to a family of tapestry restorers, Bourgeois would see her father leave home to fight for the French army during World War I; she would always carry the memories of visiting him and of her mother’s steadfastness (and anxiety) through this and other trying times to come.
In 1922, her father invited an English tutor to join the family and soon began a decade-long affair with her (among other women). His wartime absence and his infidelities, together with her mother’s prolonged illness—she contracted Spanish flu around 1920, and never fully recovered—and her silence about these betrayals, profoundly affected Bourgeois. These are among the memories and experiences that would shape her life and, inseparable from it, her art.
“My childhood has never lost its magic, it has never lost its mystery, and it has never lost its drama,” she once said. “All my work of the last fifty years, all my subjects, have found their inspiration in my childhood.”
Here are some of the artistic lessons that can be drawn from Bourgeois’s work and writings.

Lesson #1: Make art about your life 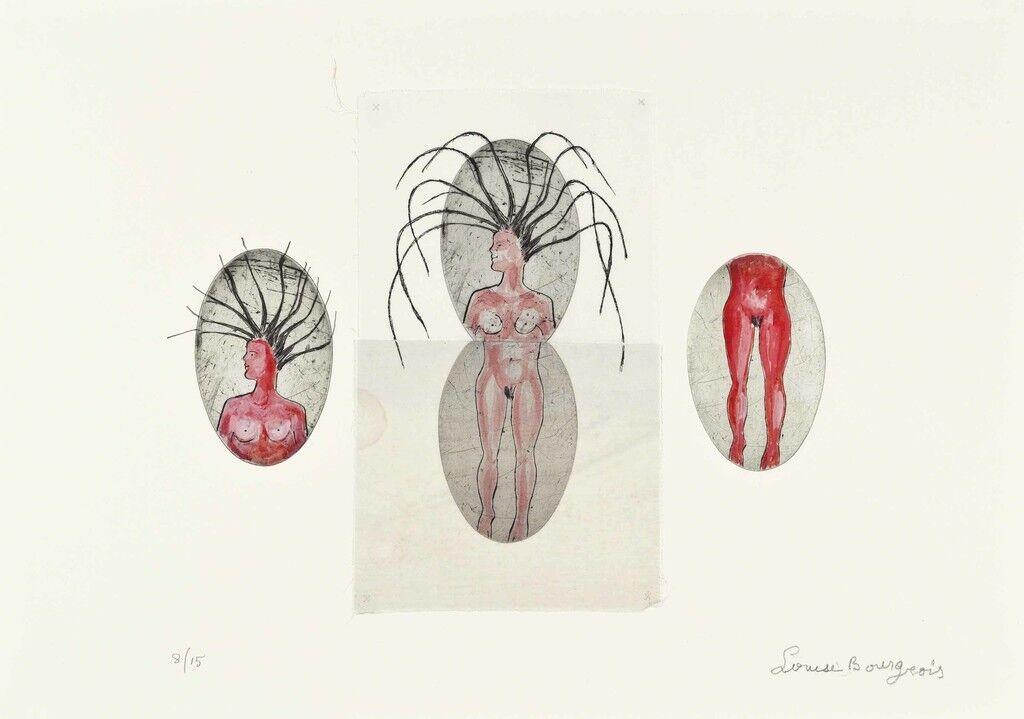 Louise Bourgeois
The Young Girl, 2006
Christie's
In the numerous interviews, essays, and diary entries that form the written record of her approach to artmaking, Bourgeois maintained that art and life were one. “Art is not about art. Art is about life, and that sums it up,” she declared. Her insistence that her art was a daily exorcism of her experiences, traumas, and inner turmoil, set her apart from most of her peers early in her career. In the 1940s and ’50s,
Abstract Expressionism
reigned in New York and, along with it, attitudes that direct references to one’s life had no place in a work of art.
Every element in Bourgeois’s compositions emerged from the details of her life. The tresses tied in knots or snaking Medusa-like from a female figure’s head represent her exceptionally long hair and shifting emotional states. Trees are metaphors for her children and her responsibility to them. In a series of prints from the early 2000s, “The Laws of Nature,” cartoonish S&M scenes between a dominatrix and her lover-victim encapsulate her experience of love and marriage, an amalgam of pleasure, pain, succor, and abuse.
So essential to her were these visual manifestations of her self that Bourgeois went so far as to suggest that art need have no other purpose: “The artist is lucky to be able to overcome his demons without hurting anybody. Instead of being grateful, they want to make money. It is ridiculous!”

Lesson #2: Find inspiration in all of nature, including spiders and maggots 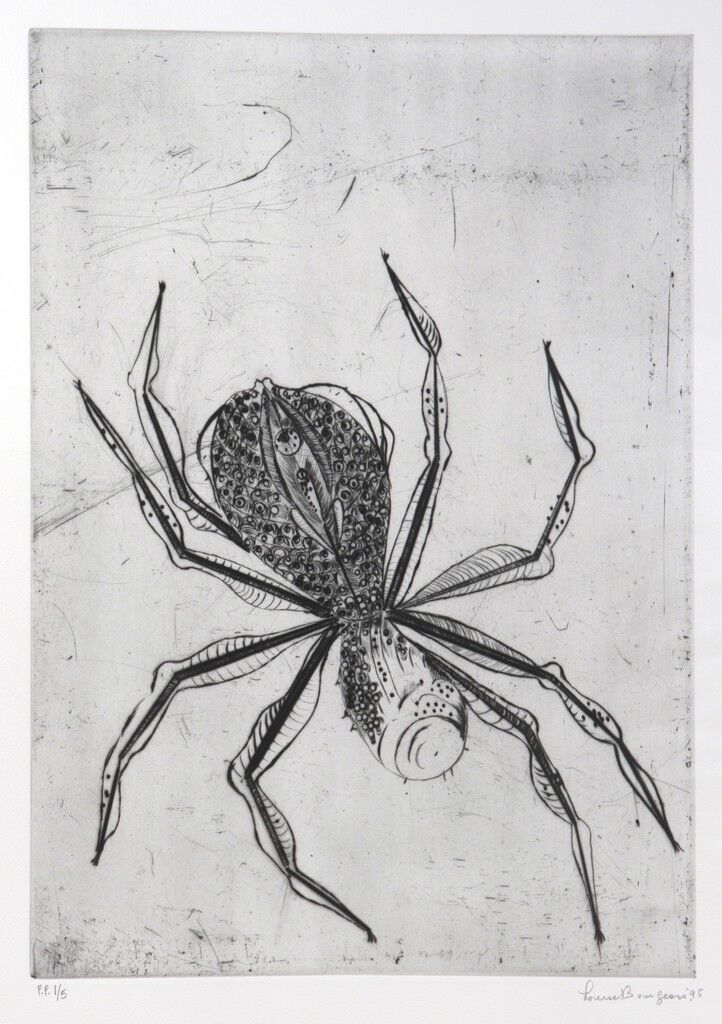 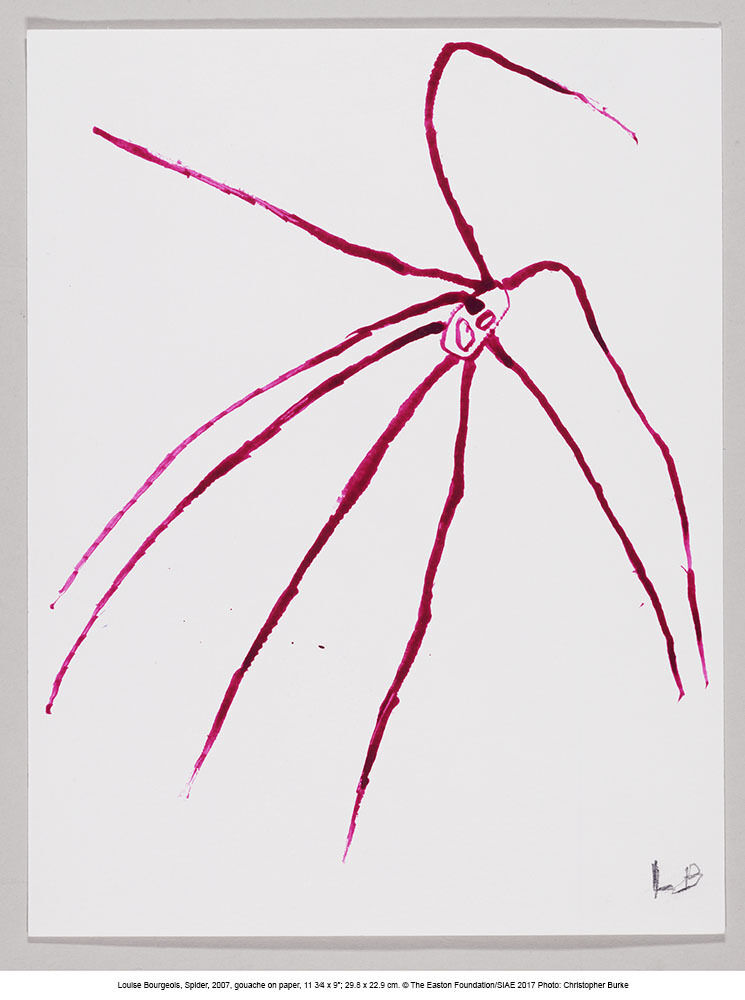 Louise Bourgeois
Spider, 2007
Studio Trisorio
Advertisement
In an untitled work on paper from 1989, Bourgeois drew three fat maggots, their pale bodies stark against a black background. Recognizing that some might recoil at this tender depiction of creatures associated with rot and death, she countered that maggots are “not a negative subject at all…however hard things are, there is still hope if you believe in maggots. Something has decomposed, and it is from that decomposition that hope comes again.”
Bourgeois’s abiding love of all of nature stemmed from a childhood spent surrounded by it. She grew up in homes near rivers and tending the plot that her father carved out for her in a garden filled with fruit trees, edible plants, flowers, and an assortment of animals. The flora and fauna of her childhood terrain, and the rivers, mountains, and clouds, became stand-ins in her work for the artist, her family, and her emotions. “The metaphors in nature are very strong…nature is a mode of communication,” she once said.
Perhaps foremost among her nature-derived motifs was the spider. “I see the spider as the savior,” she explained. “It saves us from mosquitoes. But if you want to detest spiders, it’s not against the law.”
Spiders appeared in her drawings and prints beginning in the 1940s and, by the 1990s, had become a frequent presence across all of her work—including as monumental sculptures that might make arachnophobes quake. But Bourgeois saw spiders as protective, clever, and inventive, qualities she loved in her mother and wanted to emulate in her own homemaking.

Lesson #3: Revisit the same themes over and over again (but also keep experimenting) 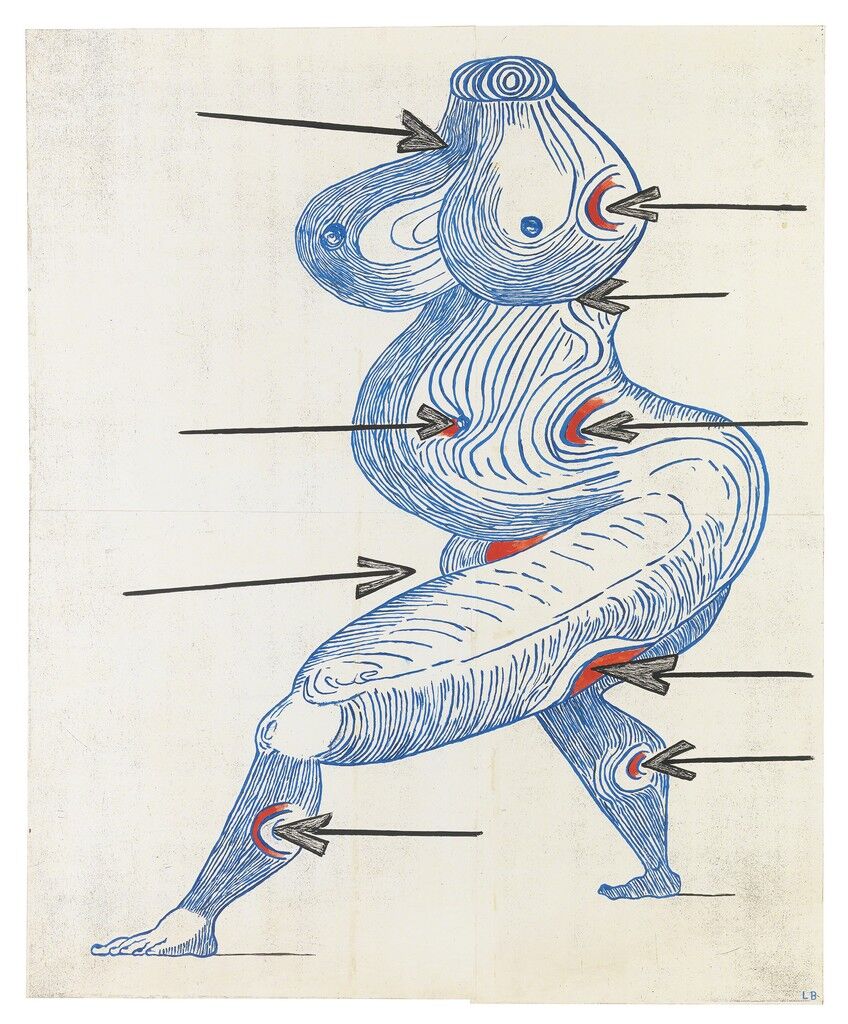 Louise Bourgeois
Ste. Sébastienne, 1998
"Louise Bourgeois: I Have Been to Hell and Back" at Moderna Museet, Stockholm (2015); Museo Picasso Málaga (2015) 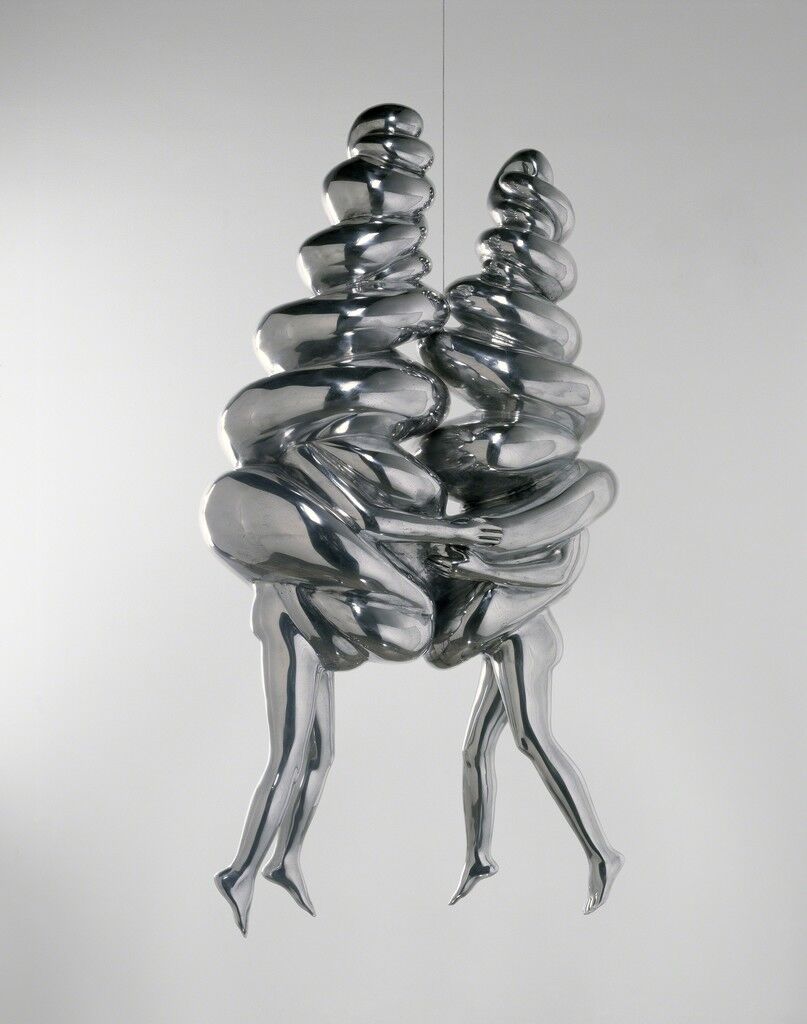 Louise Bourgeois
The Couple, 2003
"Louise Bourgeois: I Have Been to Hell and Back" at Moderna Museet, Stockholm (2015); Museo Picasso Málaga (2015)
Like the spider she so admired, Bourgeois wove a web of personal meaning out of her repeating use of images, abstract forms, and colors. “There is a development. The repeating of one image and another image…means that what you cannot say in words, you try to put in visual terms,” she once reflected. “You have to repeat and repeat; otherwise people don’t understand what you are talking about.” Her use of repetition also reflects the vividness with which her past informed her adulthood and her need to heal herself by revisiting specific, enduring childhood traumas.
But her return to pregnant bellies, spirals, spiders, and the color blue—a handful of the elements in her lexicon—was always coupled with her embrace of wide-ranging materials and processes. Bourgeois sculpted in wood, marble, and, most provocatively perhaps, latex, among other materials. She made prints using techniques ranging from lithography to intaglio, experimenting with various papers and sometimes augmenting the compositions with hand-applied gouache, watercolor, and pencil. When she was in her eighties, she culled old clothes from her closets to incorporate into her sculptures and to cut apart and reassemble into expressively patterned pages of fabric books, returning to her roots in a family who made its living from fabrics. 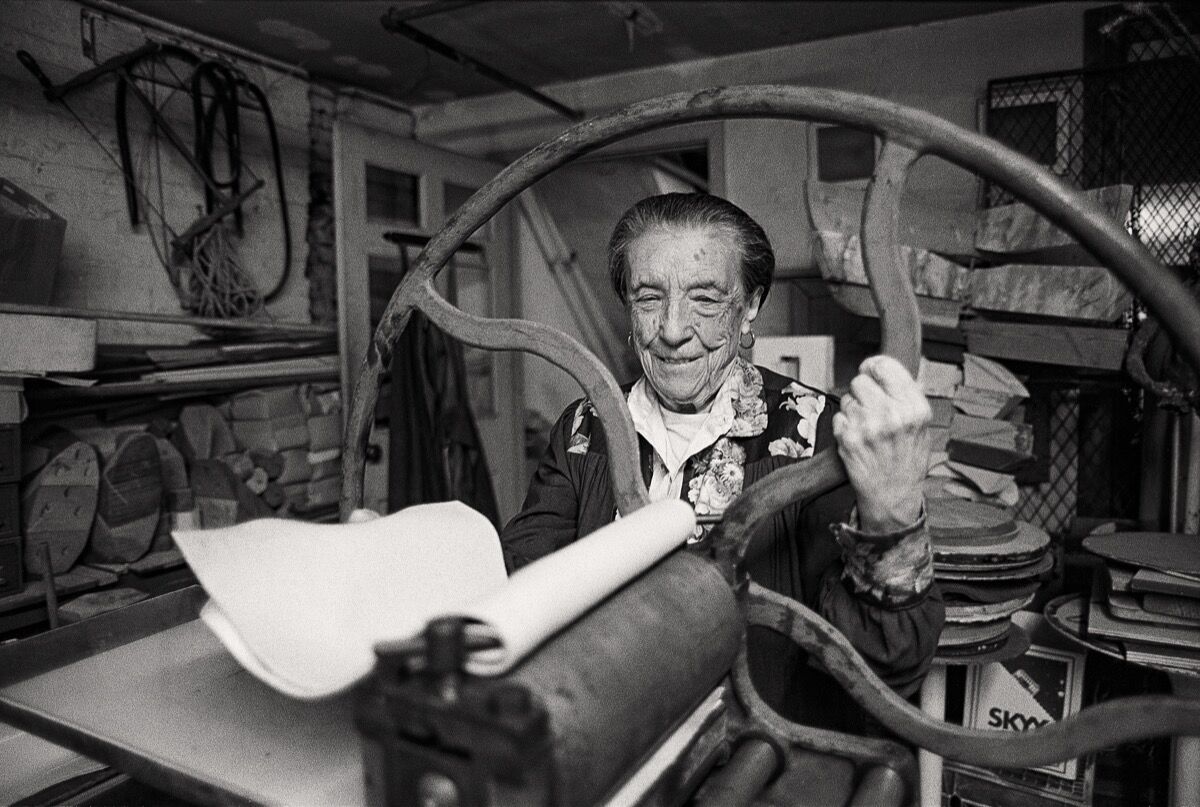 Louise Bourgeois, Louise Bourgeois at the printing press in the lower level of her home/studio on 20th Street, New York, 1995. The Museum of Modern Art, New York. Photography by and © Mathias Johansson.

Among Bourgeois’s countless drawings is one centered on a small, geometrical machine, a self-portrait of a sort. In her explanation of its meaning, she once wrote, “So this is it: How am I going to be self-operating all by myself? Well, I can do that if I can invent something that keeps me going.” So she did: Her art was the invention that kept her going; and death was the only thing that finally stopped her from making art.
In the 1990s, when Bourgeois was well into her eighties, she debuted new bodies of work, among them enthralling sculptures of spiders and room-like installations that she called “cells.” When her eyesight started failing in her nineties, rather than give up her reinvigorated printmaking production, she increased the size of the plates so she could see them better and concentrated on soft-ground etching, a technique that is easier on the hand.
At roughly five feet tall and up to nearly two feet wide, the many prints she produced in the last four years of her life show the sure, powerful hand of an artist hardly finished making her experiences and emotions tangible.
Karen Kedmey
Related Stories

Paul Klee on How to Be an Artist

For Carol Rama, Art Was a Way to Process Life’s Pleasure and Pain 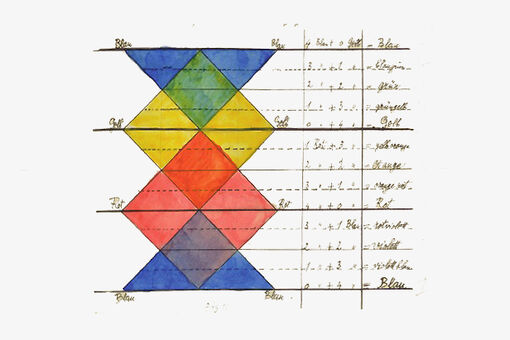 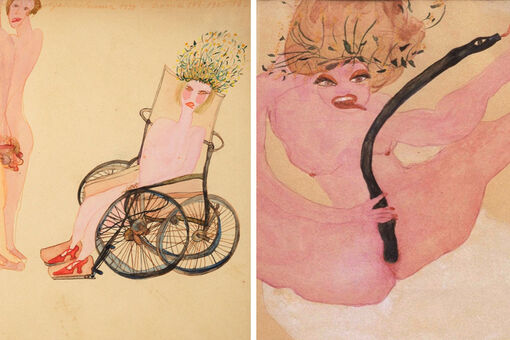 For Carol Rama, Art Was a Way to Process Life’s Pleasure and Pain
Alexxa Gotthardt
May 5, 2017 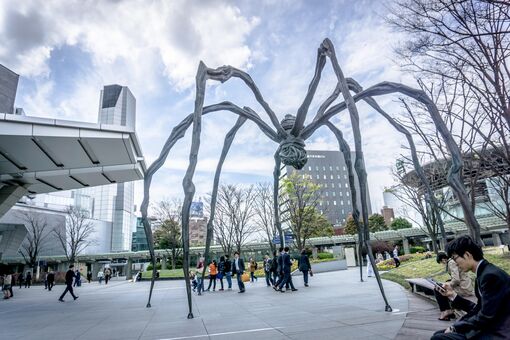