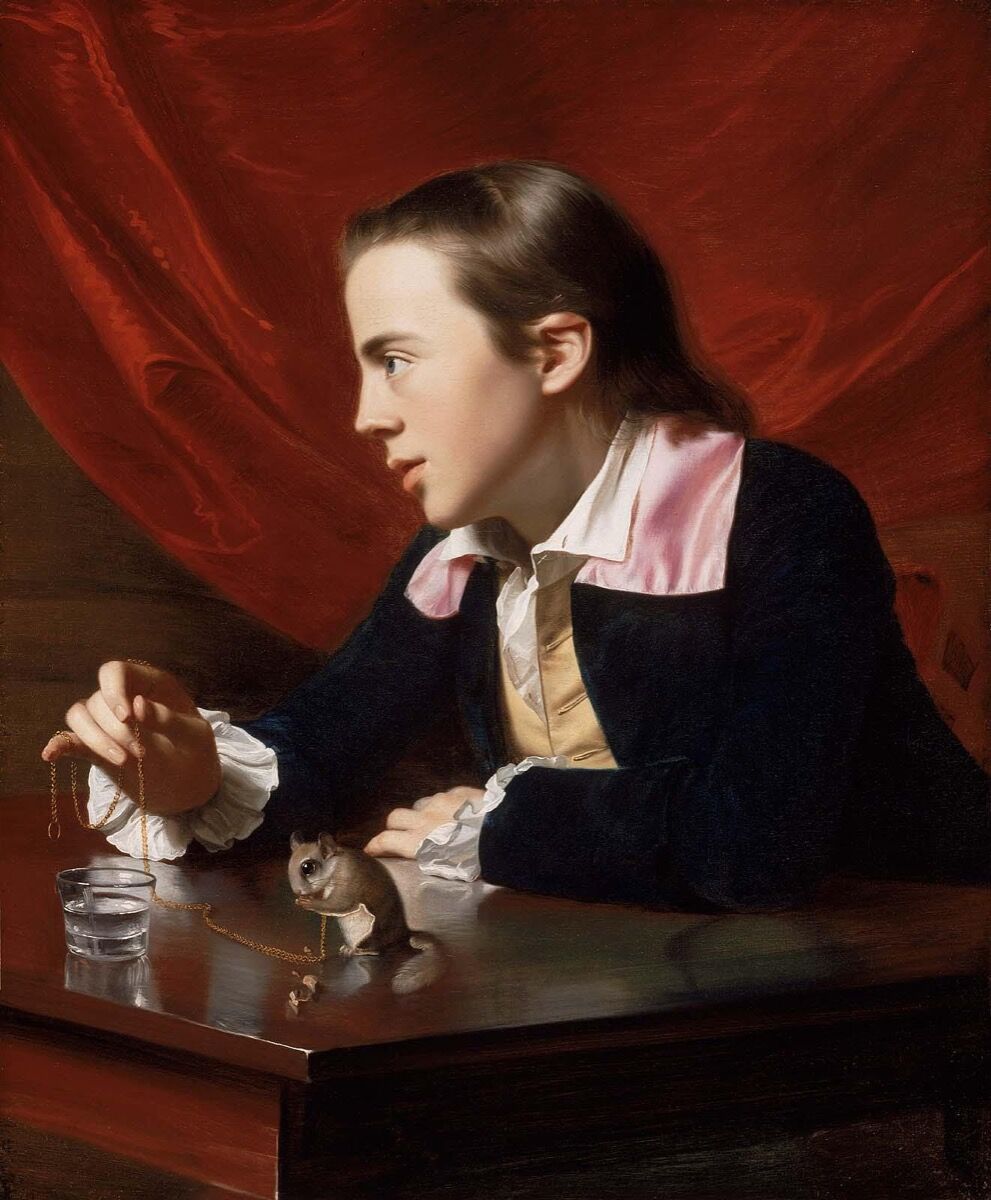 John Singleton Copley, A Boy with a Flying Squirrel (Henry Pelham), 1765. Courtesy of the Museum of Fine Arts Boston.

I’m obsessed with the flying squirrel tethered to a gold leash in
John Singleton Copley
’s 1765 portrait of Henry Pelham, the artist’s stepbrother. The squirrel’s tiny paws clutch a tiny nut, the porcelain-complexioned boy at his side absolutely ignorant (bored, even) to the spectacle.
I think about the creature’s glossy coat and obsidian eyes when I see comparatively unrefined squirrels scurrying about Central Park. Pelham’s sumptuous pink silk collar and wrist-ruffled blouse cross my mind when I am looking for sartorial inspiration. I consider this painting when I am asked about works of art that inspire me. Most of all, I am in awe of the creature itself. 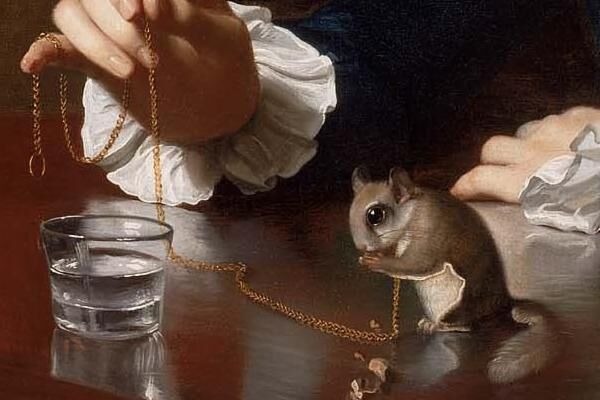 Detail of John Singleton Copley, A Boy with a Flying Squirrel (Henry Pelham), 1765. Courtesy of the Museum of Fine Arts Boston.

Questions flood my mind. Where do flying squirrels live? Can you domesticate flying squirrels? Where can you buy such a small gold leash? Can I get one for my dog? Do flying squirrels even fly?
While 18th-century viewers might not have been phased by this strange pet, there was nonetheless a strong reaction to the painting. Copley quickly rose to the top of the portrait-painting world in pre-revolutionary Boston, but with this particular work, he was looking for validation from Europe. He sent it to London in 1766 for the exhibition of the Society of Artists, where he received feedback from both
Benjamin West
and
Joshua Reynolds
, two leading artists of the time. 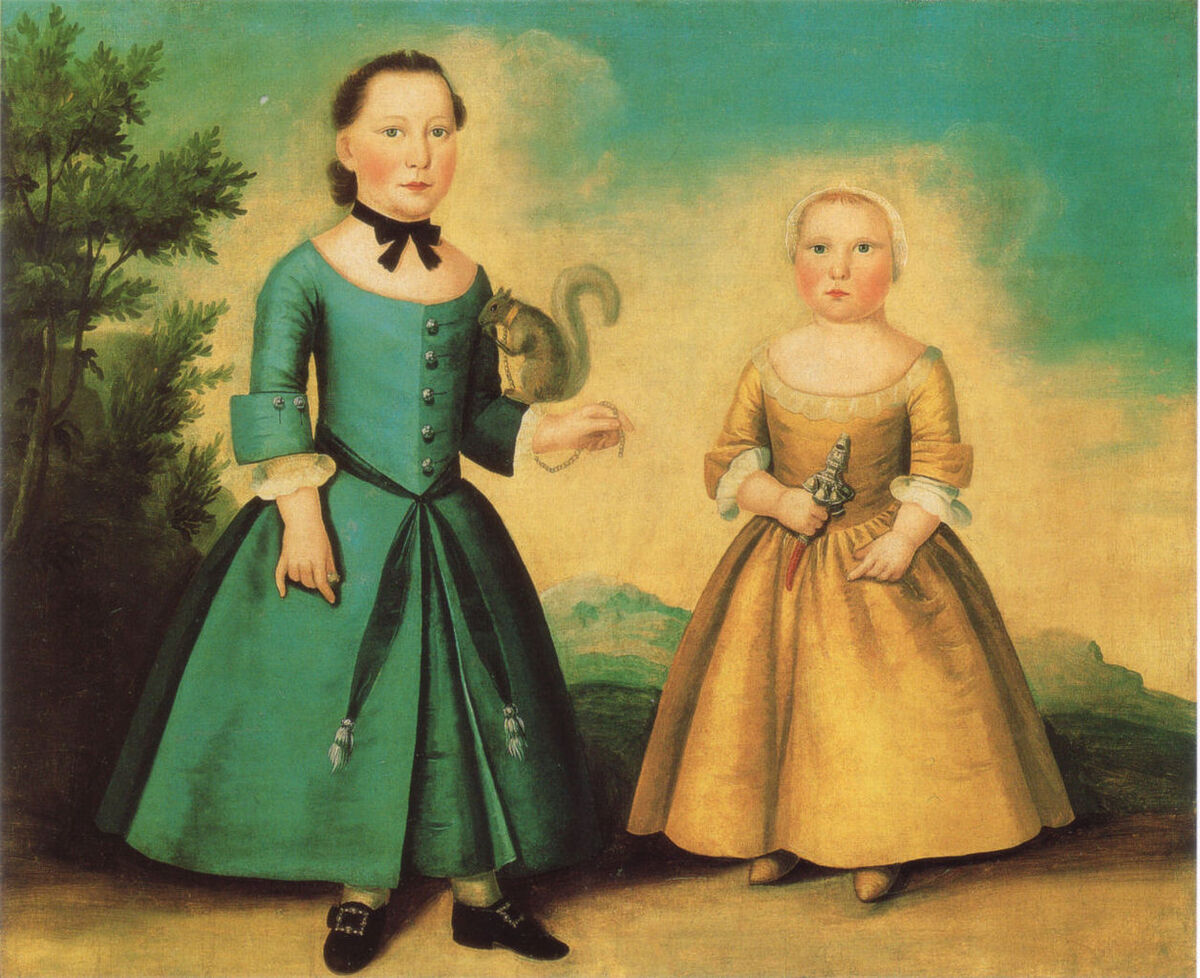 Advertisement
Reynolds wrote of the work: “In any Collection of Painting it will pass for an excellent Picture, but considering the Disadvantages…you had labored under, that it was a very wonderfull Performance.” And a “wonderfull Performance” it is. The detail in the painting is extraordinary, and in many ways, the work was a way for Copley to exhibit his mostly self-taught technical skills. From the meticulously rendered buttonholes to the soft reflections dancing on the mahogany tabletop, this canvas was a bold announcement of Copley’s talent.
And the squirrel? It turns out squirrels were popular household pets, especially for children, in 18th- and 19th-century America. Squirrels were so beloved that in 1772, Benjamin Franklin wrote an elegy to the fallen squirrel of his friend Georgiana Shipley. He gave it the title: “On the Loss of Her American Squirrel, Who Escaping from His Cage Was Killed by a Shepherd’s Dog.” 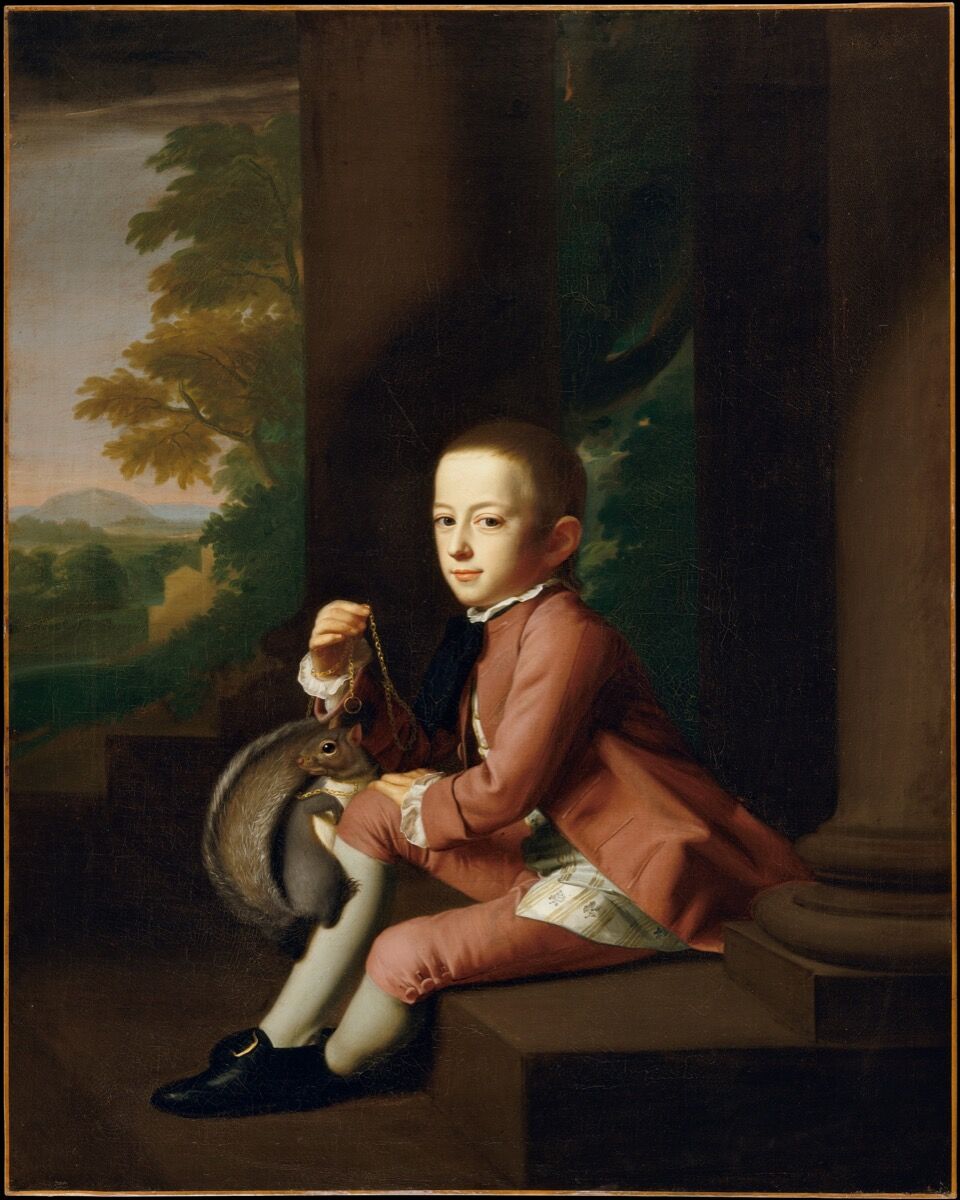 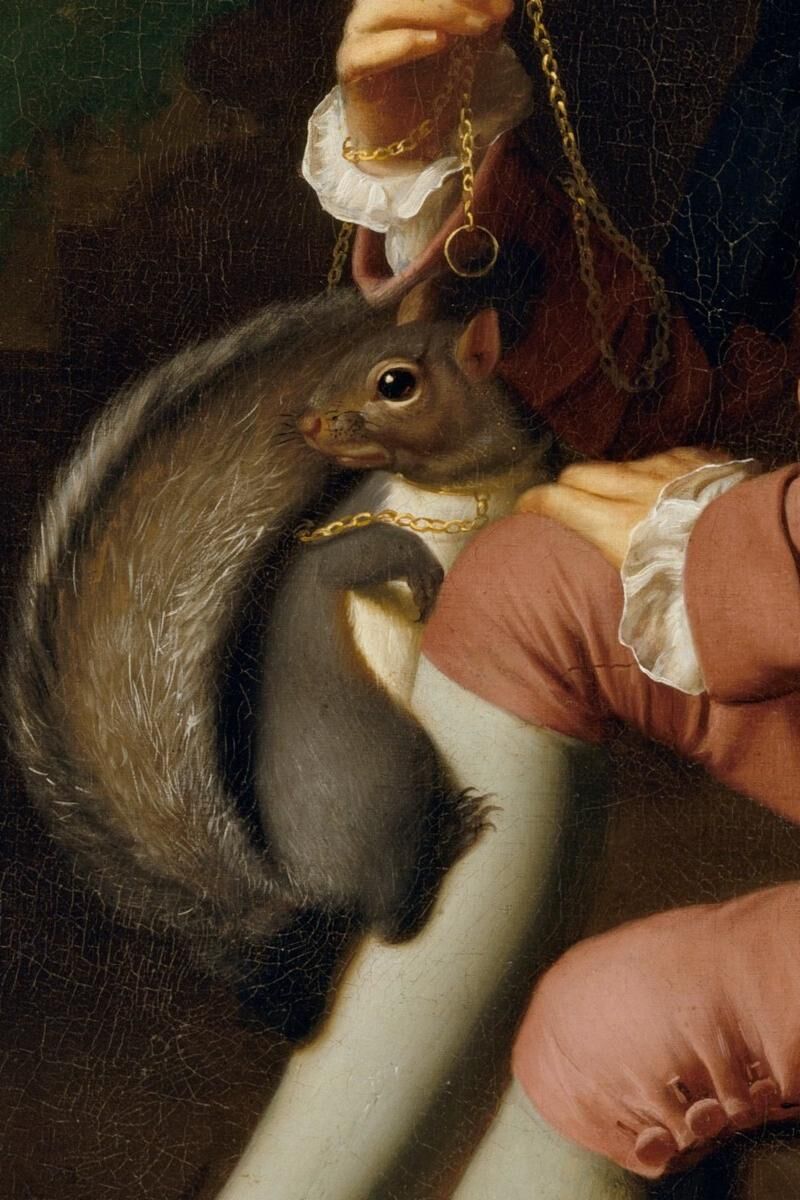 In a 1748 essay on colonial pets, Peter Kalm says that gray and flying squirrels “are so tamed by the boys that they sit on their shoulders and follow them everywhere.” The same essay mentions raccoons, deer, beavers, turkeys, and geese as animals that are “wild in the woods of North America” and “can be made nearly as tame as domestic animals.”
To answer my previously posed questions: Flying squirrels live throughout North America; they can be domesticated, with more luck if they are caught early from the nest; one could try to fashion a tiny gold leash out of this human-sized gold necklace; I cannot get one for my dog—much too expensive; and while flying squirrels cannot fly, they can glide, and it is worth checking out this video to see what that looks like.

Send a 150-word summary of the detail in a work of art that you can’t stop thinking about to [email protected] with the subject line “I’m Obsessed.” We’ll review submissions for potential inclusion in our publication.
Sarah Dotson is Artsy’s Managing Editor.
Related Stories

I’m Obsessed with This Tiny Detail in Rembrandt’s “Susanna”