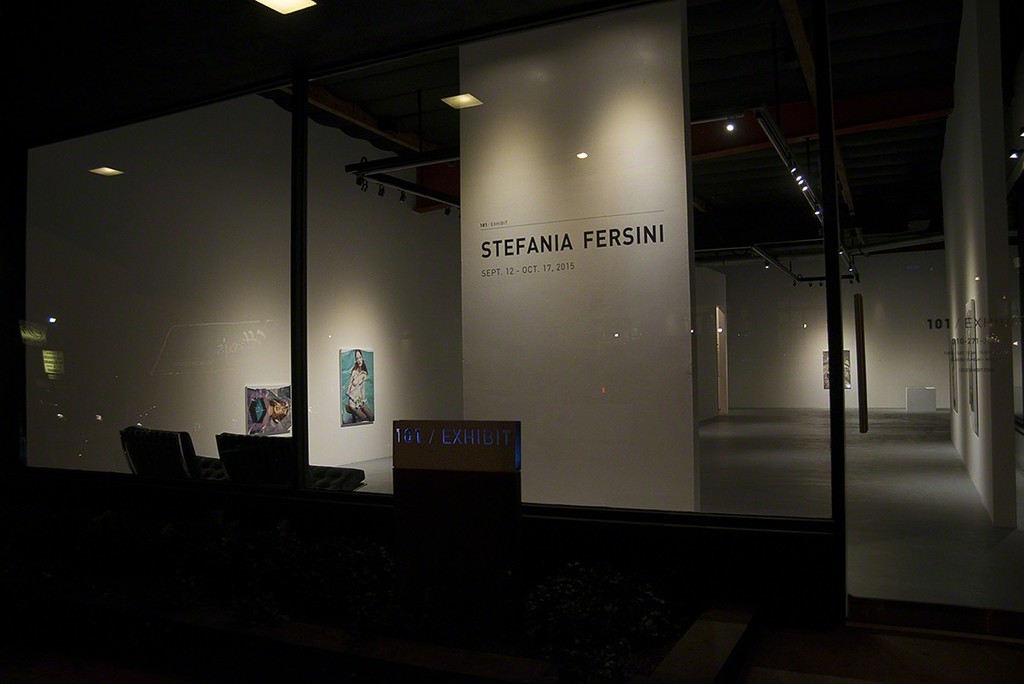 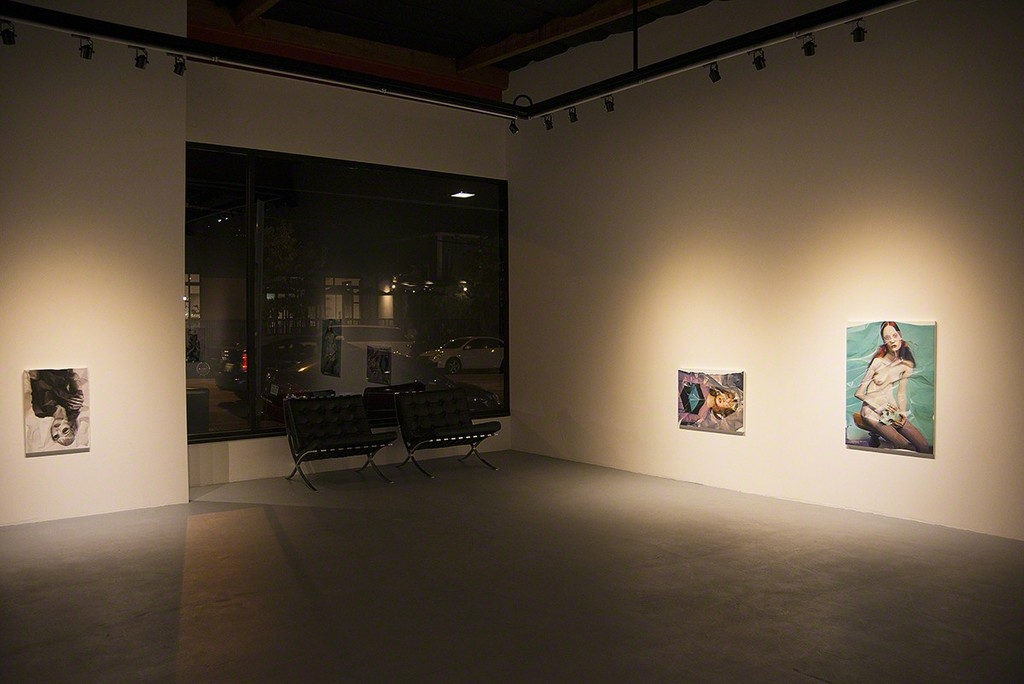 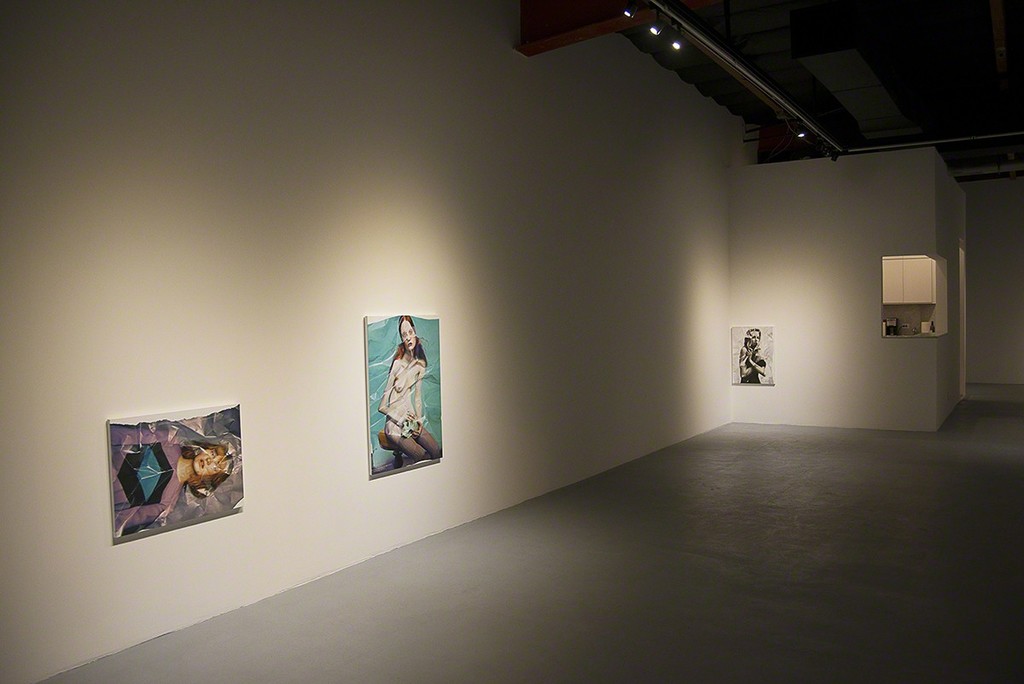 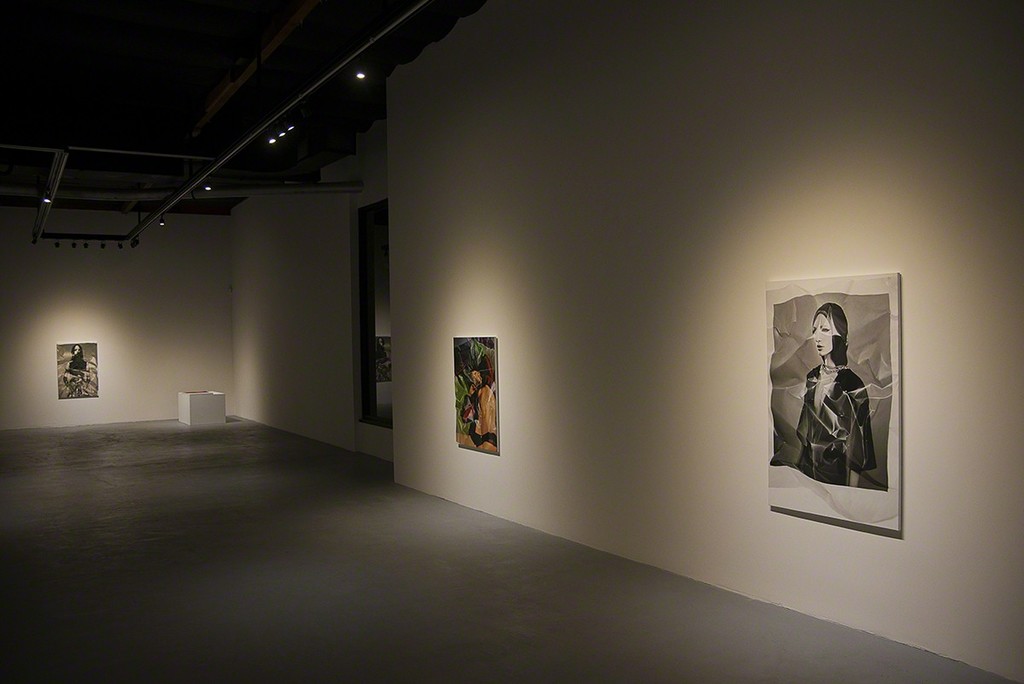 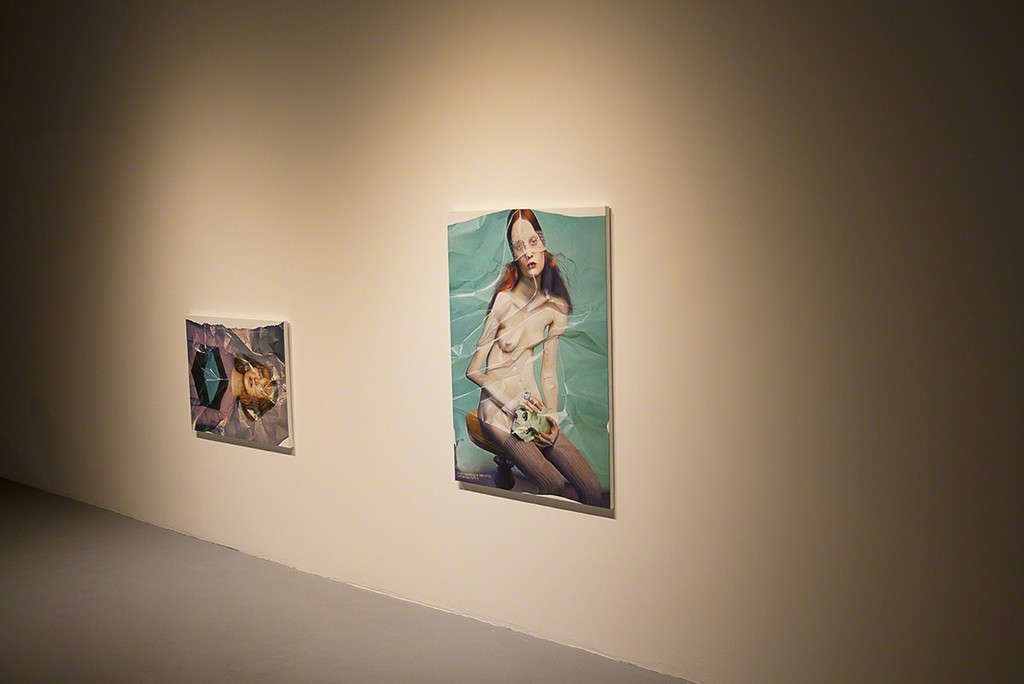 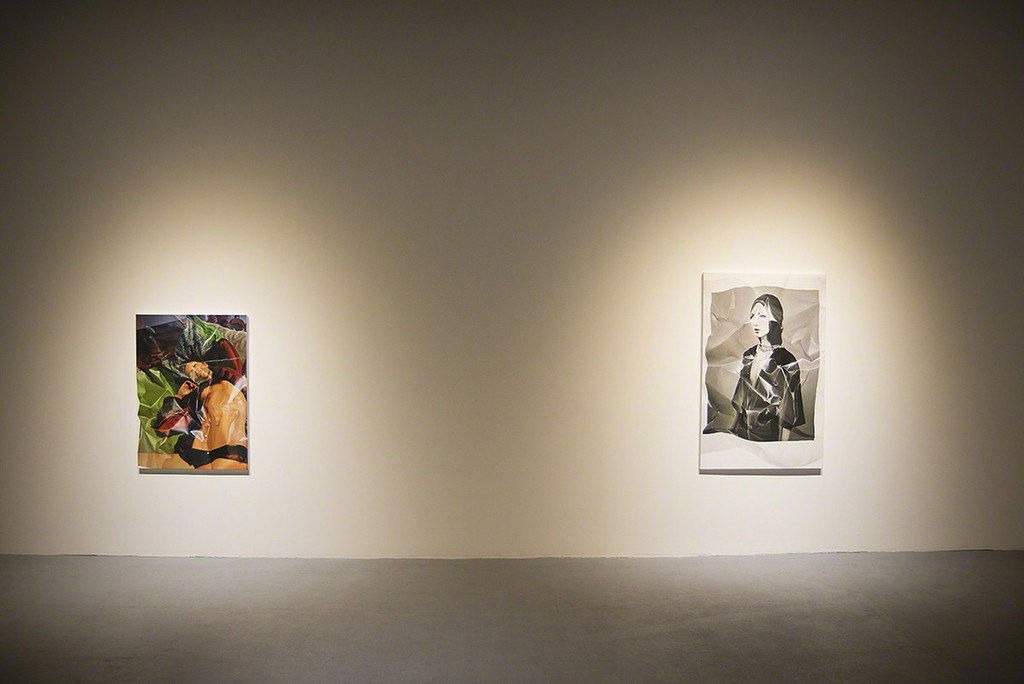 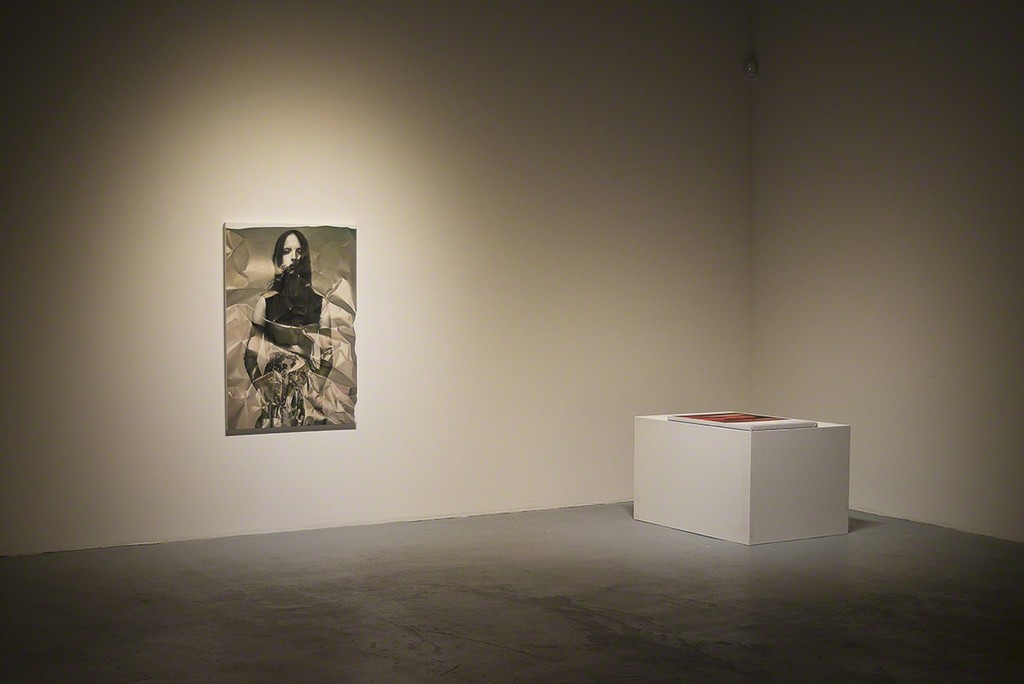 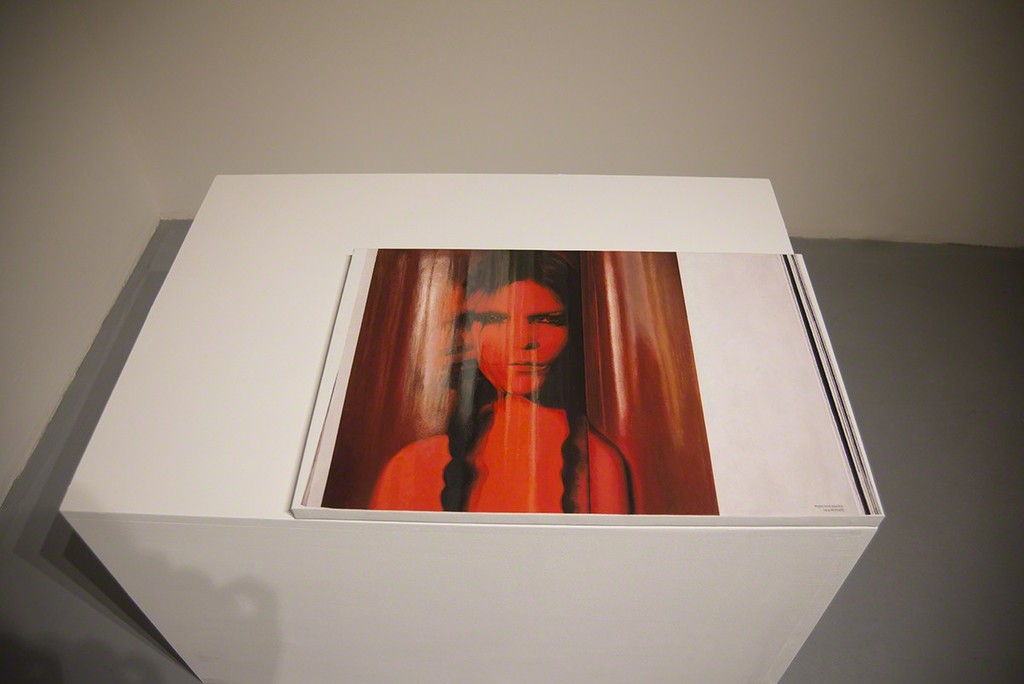 101/EXHIBIT proudly presents a gallery feature by Italian artist Stefania Fersini. The opening with the artist will be held from 6 – 8pm on Saturday, September 12. This is the artist’s first solo showing with the gallery. The feature will run through October 17 at the West Hollywood space, located at 8920 Melrose Ave on the corner of North Almont Drive, one block south of Santa Monica Blvd.

Stefania Fersini’s paintings offer meditations on representations of women in fashion magazines and the linchpin consumerist node of appearance. Beginning with pages ripped from LOVE, The WILD, Wonderland, and other such publications, these paintings prompt us to consider the relationship between these glossy images and the degree of veneer in our own lives. Painted so the models appear in life-sized scale instead of magazine scale, Fersini’s work comes to subtly reflect its viewer. As in front of a mirror, viewers recognize the reflection they aim to achieve and identify with. This continuous sway has a hypnotic effect that allows the observer to switch from conscious to subconscious and induces a personal reflection about the complexity of individuality in relation to these same models and values.

Fersini’s paintings of slightly crumpled magazine pages emphasize the highlights reflected by studio lights shining on the pages’ gloss coated finish. Creases and reflections partly obscure the women of these spreads; their half-parted lips, half-lidded eyes, and laconic poses all markedly and excessively similar. Wrinkle and highlight relegate those who once posed as goddess facsimiles to quickly fleeting images. With Fersini’s equal focus on the photographic image and its lustrous surface, the eye flits between recognizing the original photograph’s perceptual depth--what it depicts--and the image as a physical/material object. Fersini’s painstaking technique monumentalizes these images, despite the ephemeral nature of fashion.

As the artist writes:

"I’m fed up of going fast,
tired of the excesses and superficiality.
I need to paint to slow down.
I take time off,
to meditate,
to fast from what is too much
to contemplate Beauty, where there is some.
I copy, because the solution to excess is not to create 'new.'
I copy like a mirror, because reflection is my choice. [...]

My hand disappears behind the precision of the brushstrokes. Intentionally impersonal, my presence confirms my will to be the mean, a mirror, everywhere but nowhere at the same time."

Born in Aosta, Italy in 1982, Stefania Fersini currently lives and works in Torino, Italy. Fersini studied at the School of Art in Aosta and at the Architecture College in Torino. She is part of a Torino-based collective of artists and designers called Nucleo, which is active in the fields of contemporary art, design, and architecture. Nucleo's design has been exhibited worldwide at institutions ranging from the Centre Georges Pompidou in Paris to the Museu Nacional do Conjunto Cultural da República in Brazil. Fersini's work has been shown in solo exhibitions across Italy and in group exhibitions in Italy, France, Germany, Belgium, the UK, and the United Arab Emirates. Fersini's work has been acquired by the Fondazione Benetton Studi Ricerche for the Luciano Benetton collection.