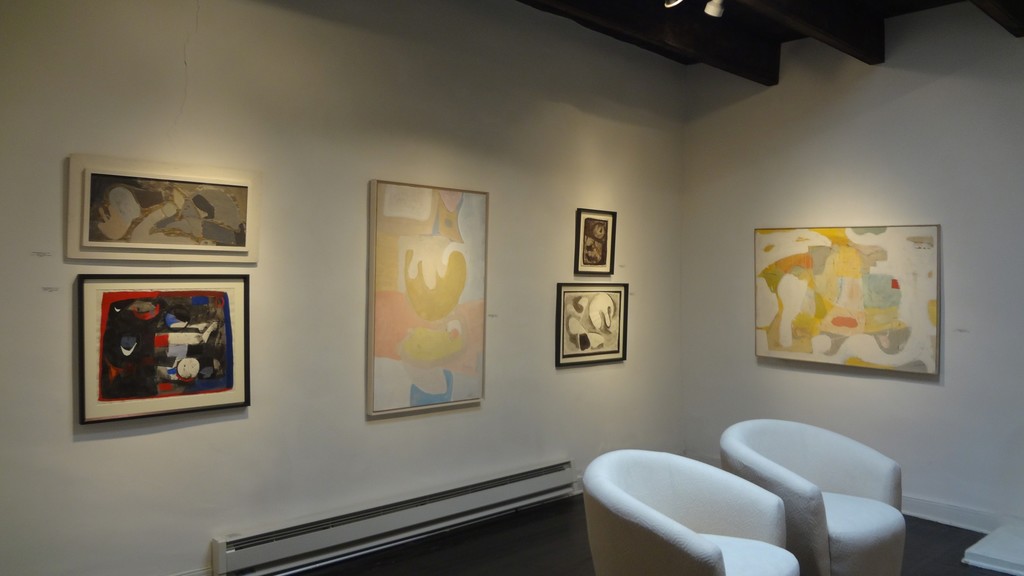 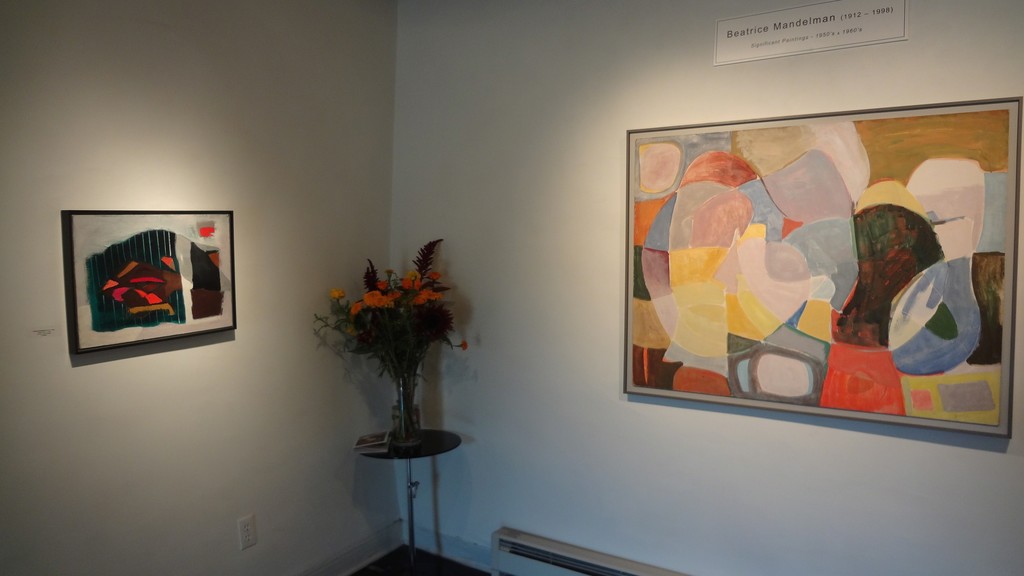 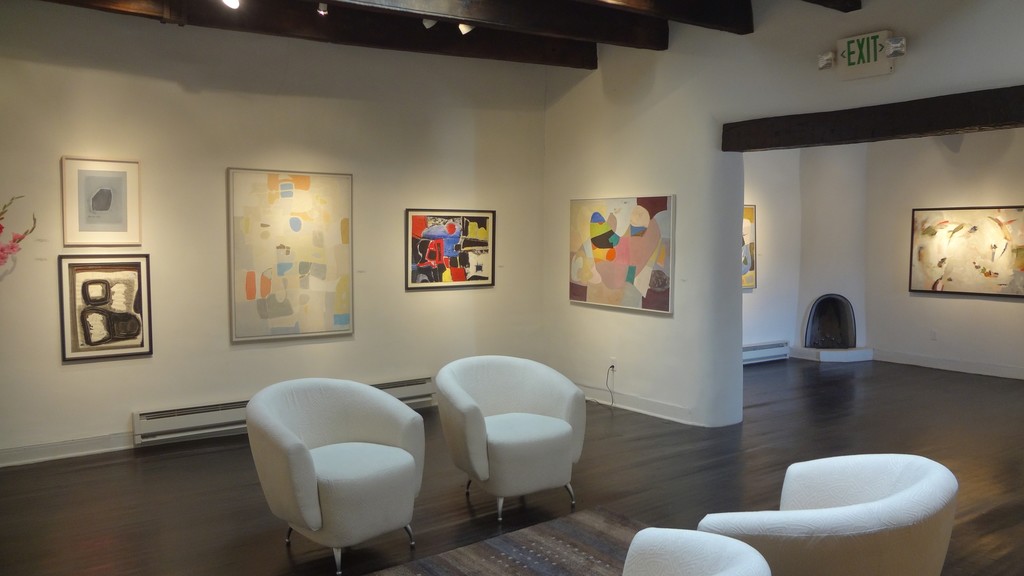 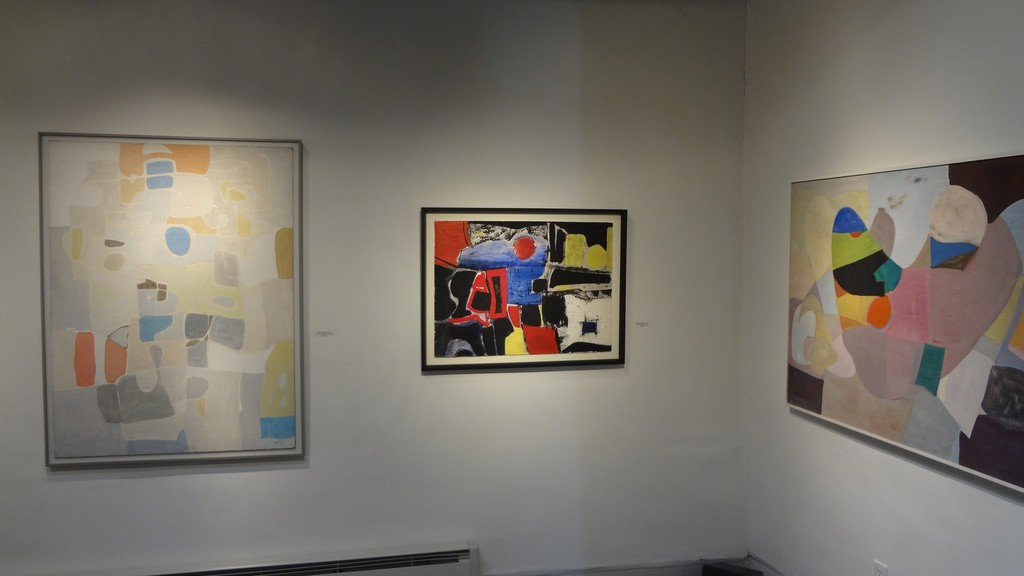 Beatrice Mandelman discussing her move from figurative to abstract art.

"I'm trying to get new meaning, new experience from the oldest, most primitive symbols-circles, squares, triangles. And the colors are elemental, basic. I'm using the most basic things, but using them
in a sophisticated way."

After two decades of formal schooling, both at Rutgers University in New Jersey and in Paris, with Fernand Leger, Bea Mandelman's work declared a new state of artistic independence. Beginning in the 1950's, aesthetic influences as varied as Surrealism, Biomorphism and Constructivism, combined with self study & the stunning landscapes of her new-found home, Taos New Mexico, inspired what many critics believe to be some of Mandelman's most mature work. Painterly techniques of dripping, the application of translucent gouache and metallic paint, in addition to mixed-media collage, resulted in works of profound introspection that were, suddenly, entirely her own. Quiet, calm sophistication would define Mandelman's work from the 1950's and 60's.
My whole world is about life & color surrounding me. Everything is overflowing with color. Even my dress is a collage.
Beatrice Mandelman
For over 50 years, Mandelman, adapting different styles & techniques, would interpret her eclectic surroundings & produce numerous series of masterful pieces. This 2014 exhibition, including paintings and works on paper, focuses on this period, presenting several fine examples of the most transcendent artwork from Mandelman's career.