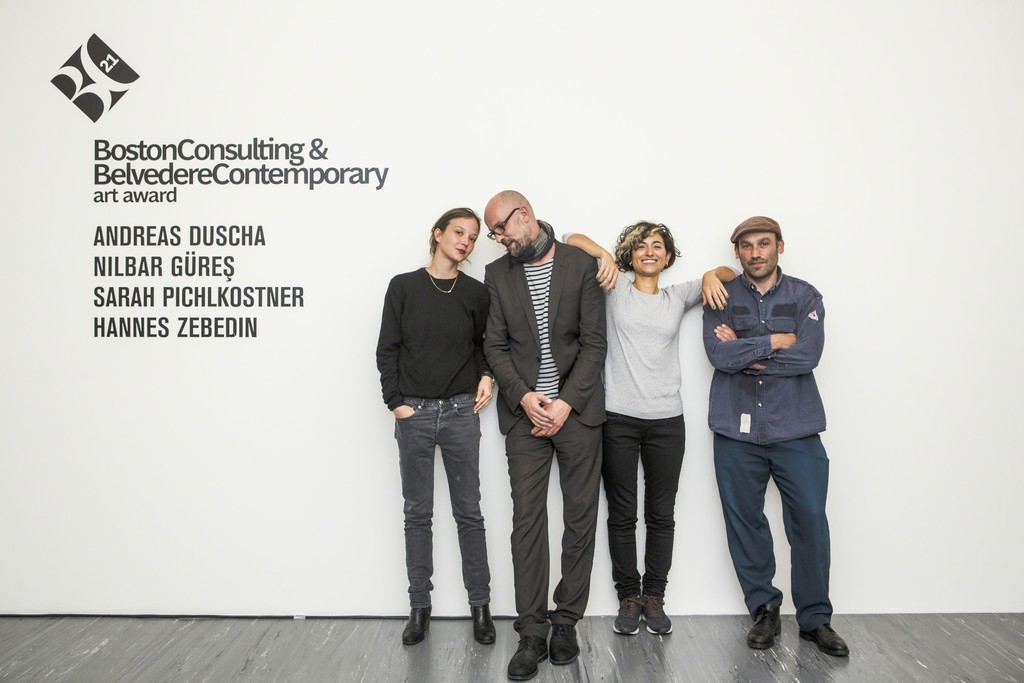 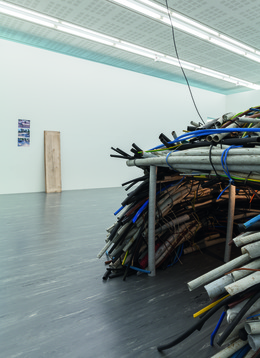 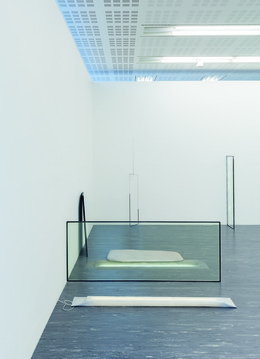 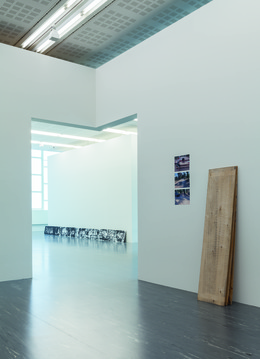 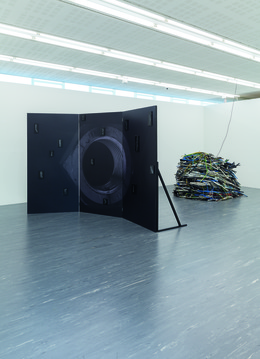 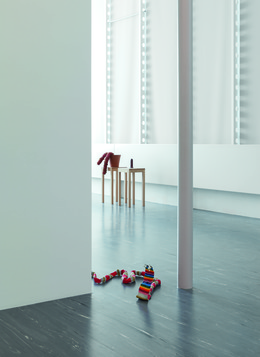 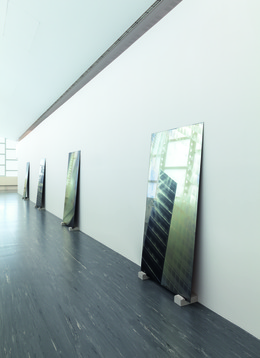 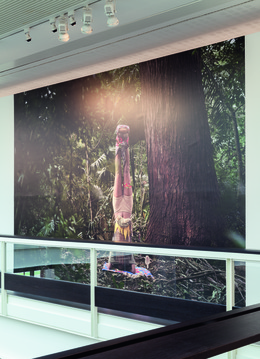 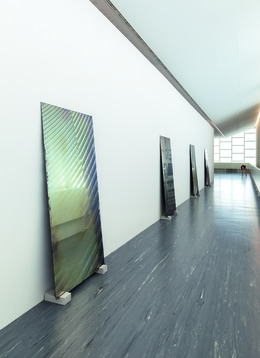 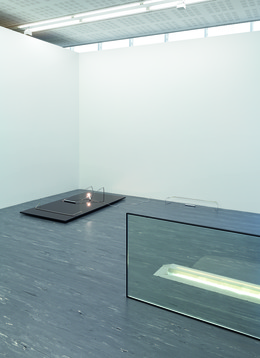 For the fifth time, the Boston Consulting Group and the Belvedere are awarding the BC21 Art Award of 20,000 euros. The four nominees’ work will be shown at an exhibition in the 21er Haus from 26 September to 29 November. At the end of October, an international jury shall decide on the award winner. Andreas Duscha (b. 1976), Nilbar Güreş (b. 1977), Sarah Pichlkostner (b. 1988), and Hannes Zebedin (b. 1976), artists who all live and work in Vienna, were nominated for this year’s BC21 BostonConsulting & BelvedereContemporary Art Award. Agnes Husslein-Arco, Director of the Belvedere and 21er Haus, stresses that, “with its focus on local, younger artists, the BC21 Art Award reflects the programmatic agenda of the 21er Haus as the museum of contemporary art.” She also highlights the successful cooperation with the BCG: “With one of Austria’s most valuable privately endowed art prizes, awarded entirely to the prizewinner, it is an outstanding example of corporate patronage.” Antonella Mei-Pochtler, senior partner of the international management consulting firm The Boston Consulting Group (BCG), has a strong commitment to supporting young artists: “Particularly in times of great change, art is a major source of inspiration and identity. Creative minds are therefore all-important in both art and business. In contemporary art especially, outstanding achievements are more necessary than ever for society’s further development.” 21er Haus curator Luisa Ziaja points out that the biannual prize draws attention to the local art scene through the exhibition at the 21er Haus as well as the participation of international colleagues in the nomination and decision-making processes. Furthermore, the prize money possibly facilitates the realization of a large-scale project . The BC21 Art Award was launched in 2007 by the BCG and the Belvedere and is awarded to artists under the age of 40 living and working in Austria. Previous prizewinners were Anna Witt (2013), Lucie Stahl (2011), Nadim Vardag (2009), and Constantin Luser (2007). This year’s nomination jury comprised Cathérine Hug (curator, Kunsthaus Zürich), Sophie Goltz (city curator Hamburg), Joshua Simon (Director of MoBY – Museums of Bat Yam, Tel Aviv), and Francesco Stocchi (curator, Bojmans van Beuningen, Rotterdam) who all independently decided on one artist.

In her textile collages, photographs, objects and videos, Nilbar Güreş stages humorous, sometimes surreal situations about transgressing traditional female patterns of behaviour. She keeps challenging patriarchal rules of normality and heteronormativity and also the image regime pervaded by cultural codes, confronting these with a self-confident, feisty, and occasionally defiant attitude.

The works by Hannes Zebedin can also be understood as a negotiation of the relationship between art, social reality, and politics. His performances, sculptures, installations, and interventions, often arising from context-specific, sometimes also collective processes, combine systems analytical approaches with questions regarding societal abilities to act and individual agency.

The works of Sarah Pichlkostner focus on form finding and related processes. Oscillating between abstraction and implied functionality, her objects address their basic conditions such as their material, referential, and tactile qualities and their appearance in space.