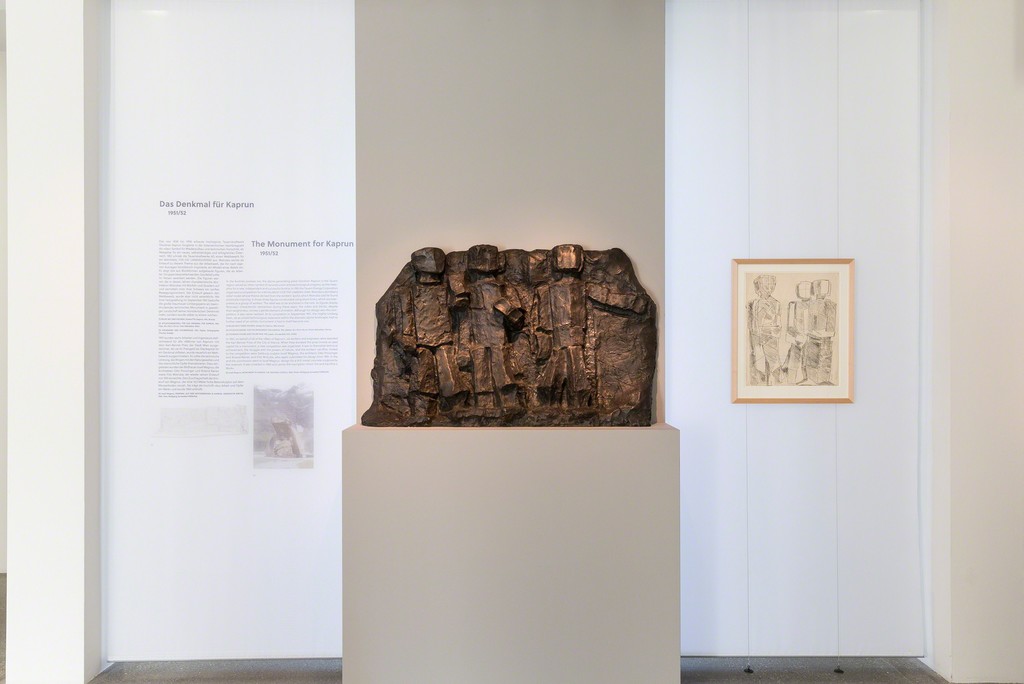 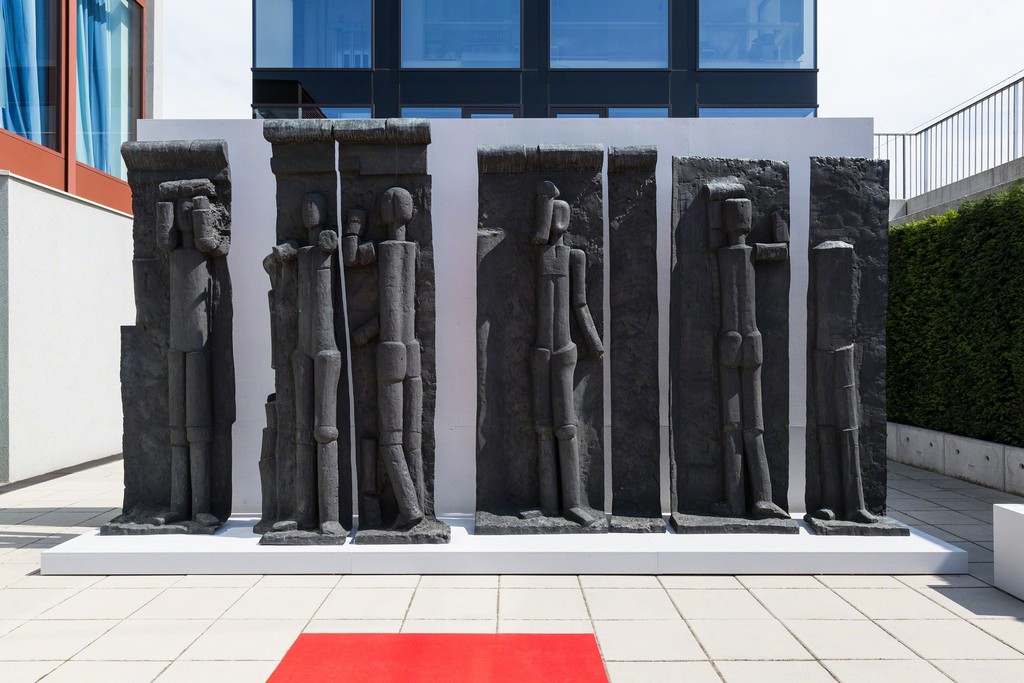 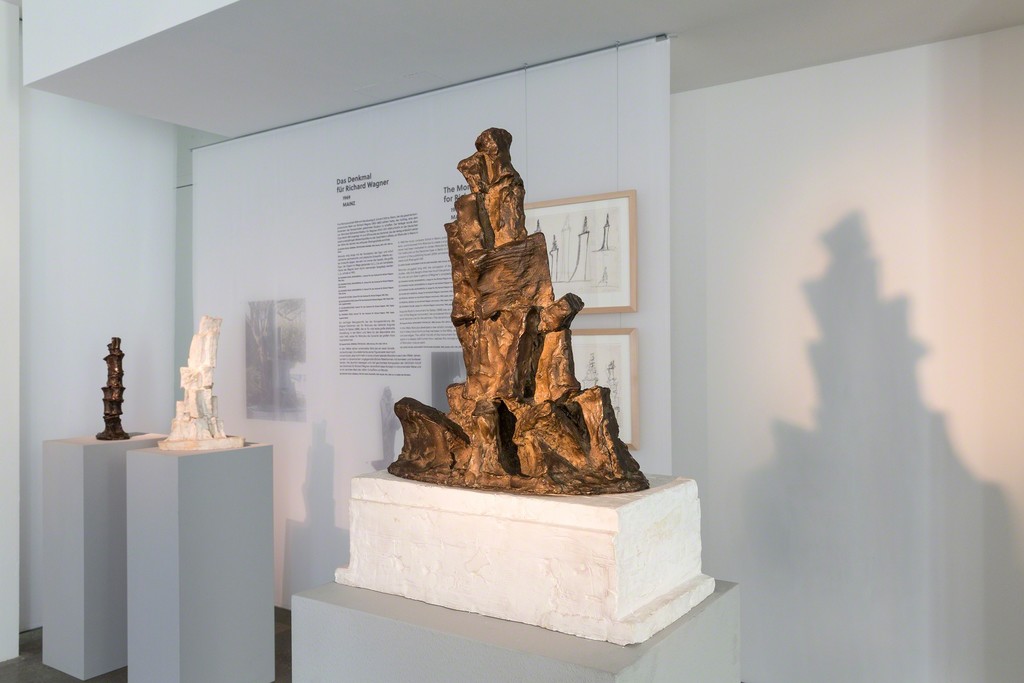 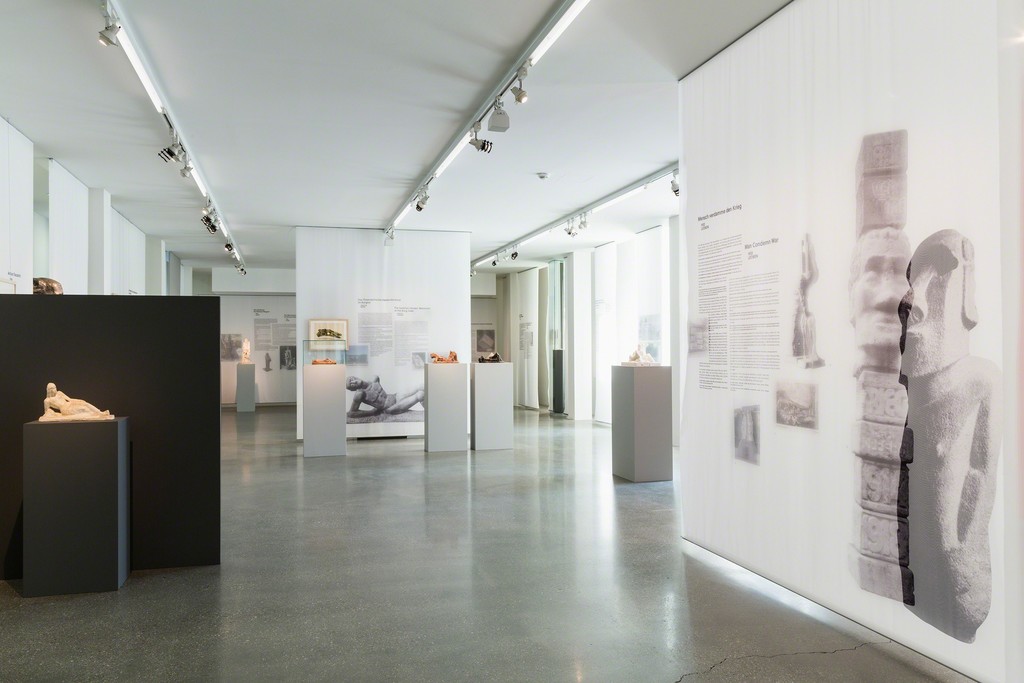 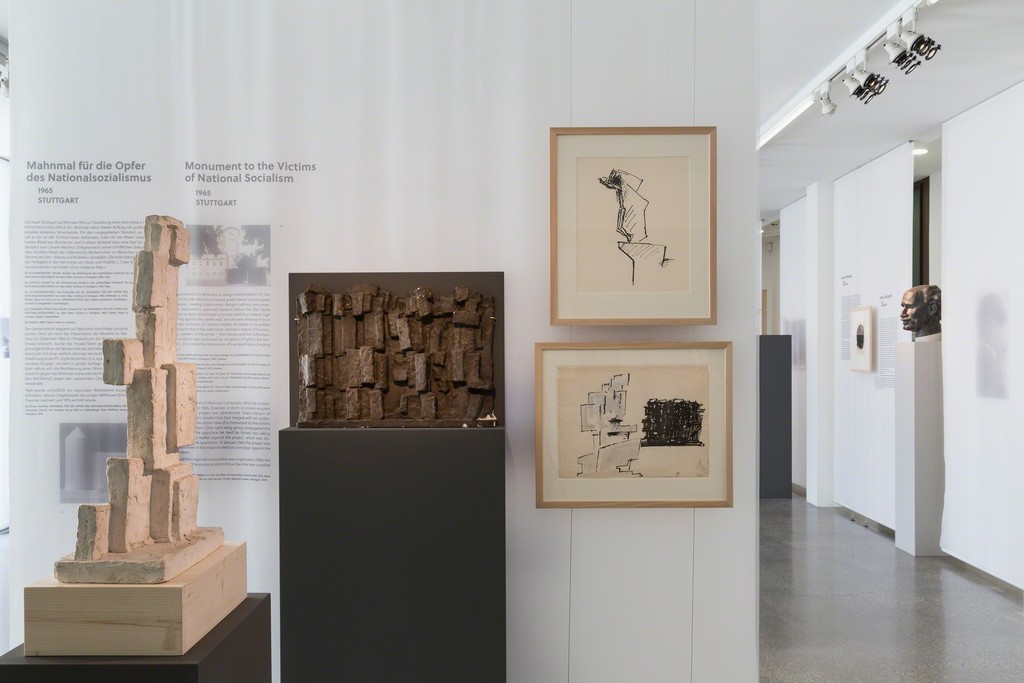 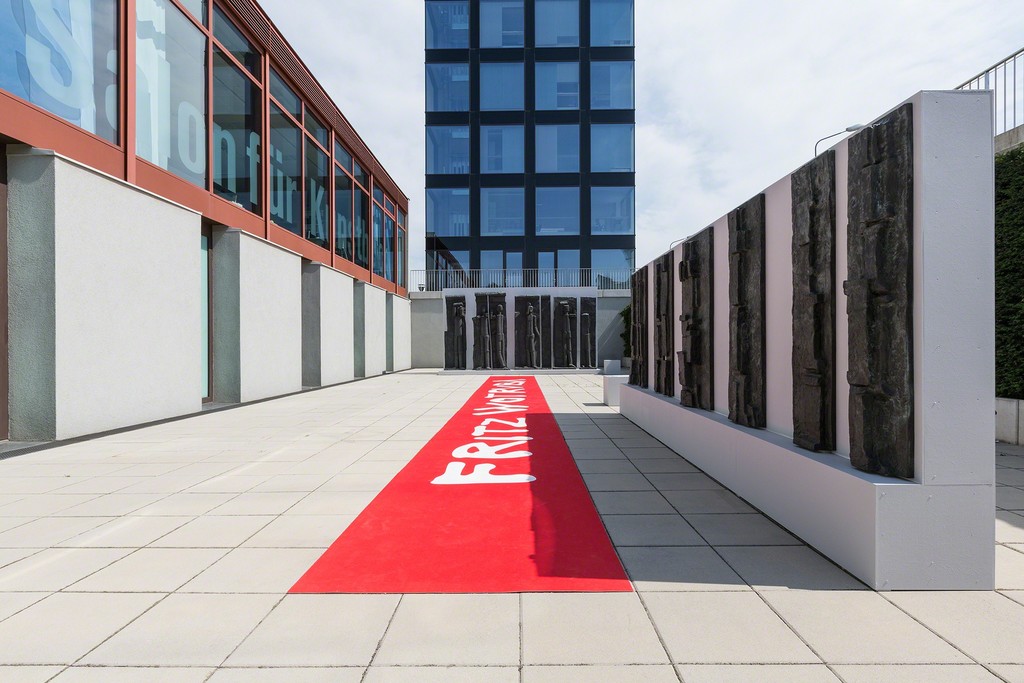 Since antiquity, monuments, as focal points of public remembrance and commemoration, have employed the sculpture medium. In the 19th century
the patriotic nation-building process gave rise to a cult of the monument, which in Vienna reached its highpoint in the Ringstrasse era. These sculptural monuments underpinned not only the mythos and imperial power of the
Hapsburg dynasty, but also glorified the values of the liberal bourgeoisie through statues of authors and musicians. Since the late 19th century, monumental sculpture in public space has been utilized to represent social and political ideas in ways that are able to communicate with the masses. Particularly between the two World Wars, monuments assumed the function of political representation. The era's pervasive struggle between divergent political ideals was also fought out in ideologically charged monuments. Often these works did not survive shifts in political power relationships, sharing the destiny of the factions that had commissioned them. The political fragmentation that had plagued the interwar period continued to exist inAustria after the restoration of democracy in 1945, although on the surface it was supplanted by a consensus born of political necessity. This era's monuments and culture of remembrance bear witness to the need for a new Austria and the underlying tensions.

Fritz Wotruba (1907–1975) numbers among the most important sculptors of the 20th century and is considered a “classic” of modern sculpture. He was intensely engaged with the social and political questions of his era, and he also addressed them in his work as an artist. More, he felt that art was a vehicle of enlightenment, with a mission to
renew culture and society. These views led him to participate in high-profile projects for the erection of monuments, whereby he concentrated his efforts primarily on projects dedicated to the labor movement and to victims of political violence, but also on memorials for artists.

Fritz Wotruba's monument projects should be seen in the context of the political upheavals and tectonic shifts in the politics of memory that characterized the First and Second Republics.

This year, in which we commemorate the end of the Second World War 70 years ago and the signing of the Austrian State Treaty 60 years ago, the Fritz Wotruba Foundation is presenting the first exhibition specifically devoted to the significance of monuments in Wotruba's work. The show – comprising 20 drawings, 18 sculptural designs and
extensive photo documentation – focuses on 13 monument projects in Austria and Germany, dating from the early 1930s to the 1970s, in which Wotruba became involved. Most of the original works are from the sculptor's estate, held by the Belvedere on permanent loan from the Fritz Wotruba Foundation. Many of them are
being shown for the first time in a public exhibition.

A number of Wotruba's monuments remain present in public space to the present day, among them the controversial 1932 memorial Man Condemn War in Leoben, Styria – removed for political reasons in 1938 and re-erected in 1988 – and the 1969 monument for Richard Wagner in Mainz. Numerous grave monuments by the sculptor can also be
seen at the Vienna Central Cemetery.

Several of Wotruba's designs remained unrealized on account of his uncompromising stance toward the brutality of war and the crimes of National Socialism, for example the naked figure of a fallen soldier designed in 1934 for the Heroes' Memorial in the Burg Gate, Vienna. This design was rejected in favor of the heroic Dead Warrior by Wilhelm Frass, which continues to be displayed in the crypt. Wotruba's design for the monument To the Victims for a Free Austria (1934–1945) at the Vienna Central Cemetery was considered too aggressive and accusatory. A monument To the Victims of National Socialism that Wotruba planned with the City of Stuttgart in 1965 was quashed by protests in the populace and the press, in which overt criticism of the abstract design's
modernism merged with an underlying rejection of the entire idea of a monument to the victims of National Socialism.

Wotruba was involved in one way or another in many of the central monument projects of his era, and these have remained in public discourse until the present day. This exhibition sheds light on the contexts in which the projects were planned and realized, documenting their reception and analyzing the aesthetic vision with which Fritz Wotruba
approached them. Furthermore, Wotruba's designs for monument competitions and commissions offer an overview of his artist development and characteristic formal language.

After 14 years, Wotruba's Large Figure Relief of 1957/58 returns to the site it occupied for decades. Originally the sculptor created this seven-part monumental relief for the Austrian pavilion at the 1958 World Expo in Brussels, which was designed by architect Karl Schwanzer. Later disassembled and rebuilt in the Vienna park “Schweizergarten”, the building was used between 1962 and 2001 as the Museum of the 20th Century, also
known as the 20er Haus. During this period Wotruba's relief was displayed in the museum’s sculpture garden. Subsequently the space was renovated, expanded and reopened as the 21er Haus, the Belvedere's museum for contemporary art and also home of the Fritz Wotruba Foundation, which has returned the relief, on loan from
MUMOK Museum moderner Kunst Stiftung Ludwig Wien, to its original site.

The exhibition is accompanied by a publication that is available in the Salon für Kunstbuch at the 21er Haus.