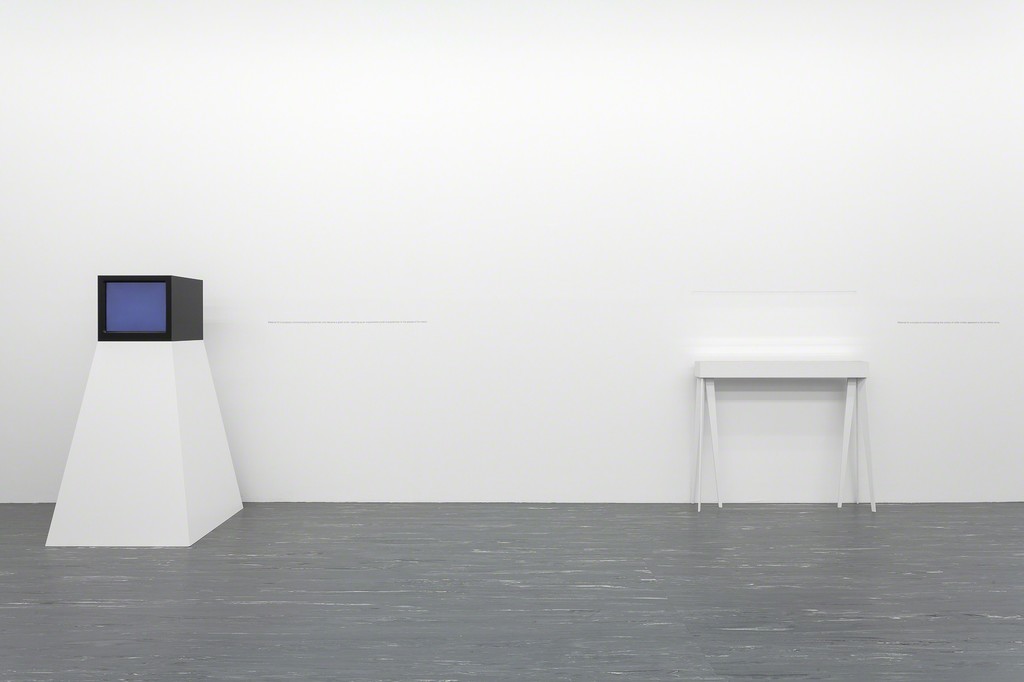 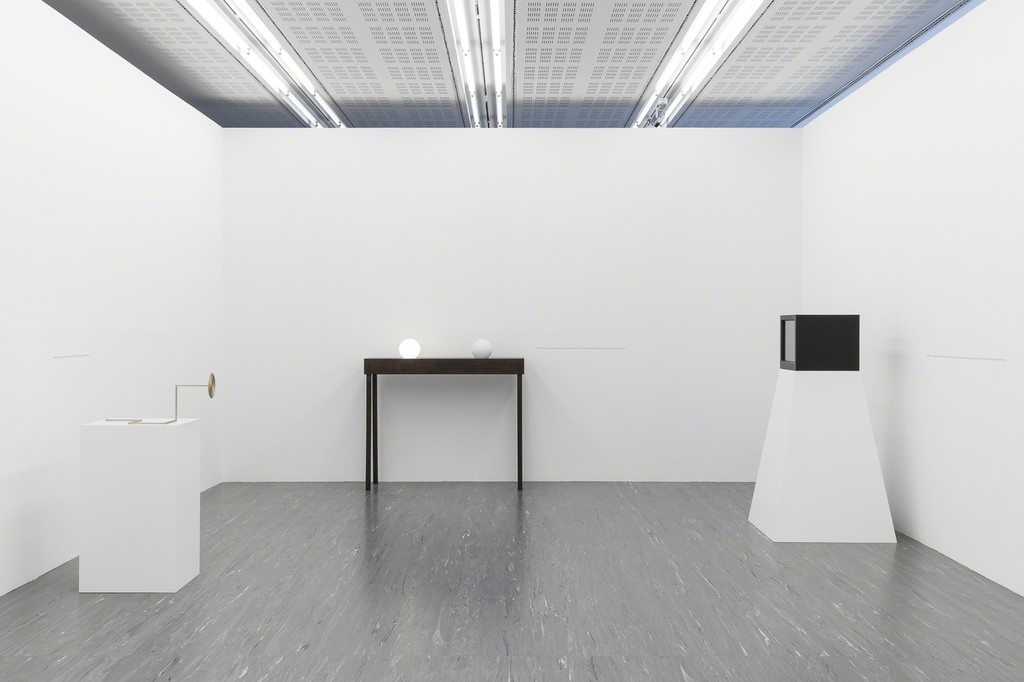 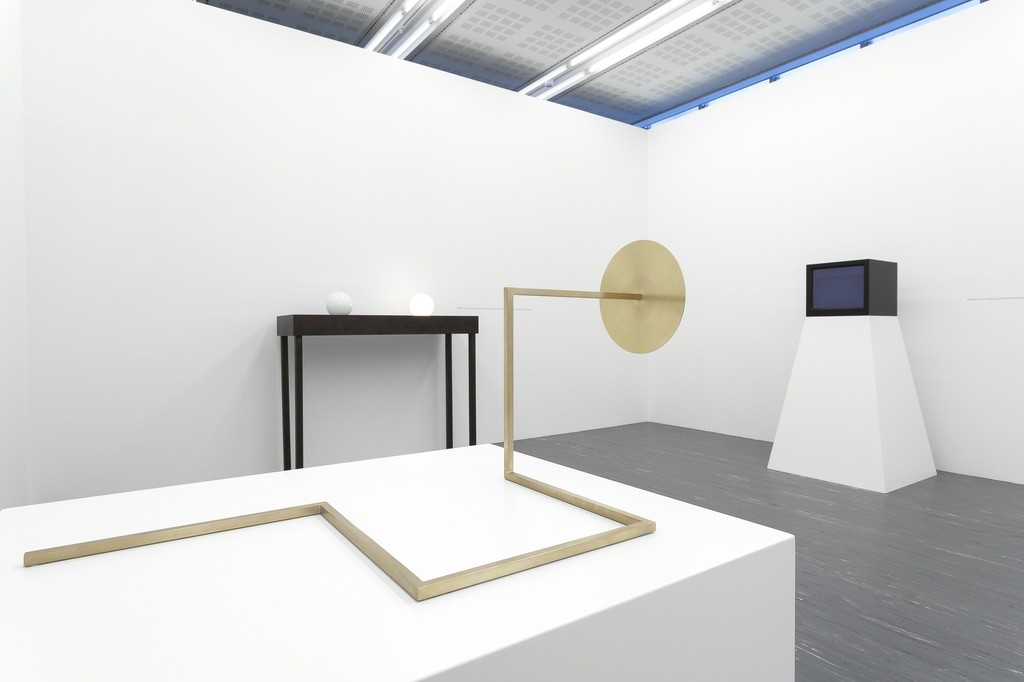 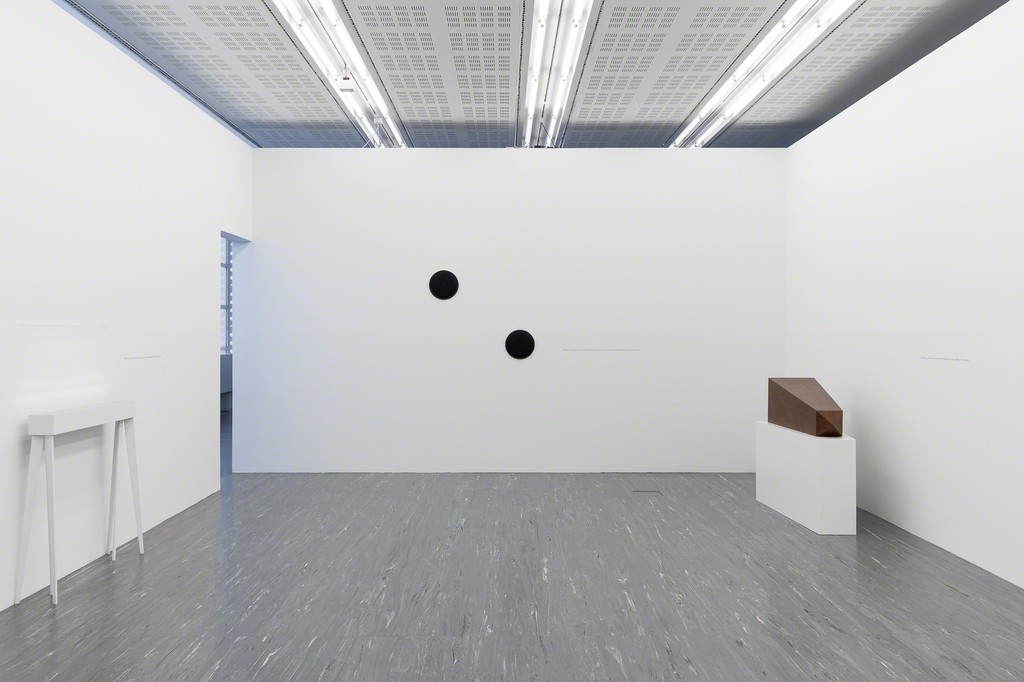 In her sculptural installations, photographic arrangements, video and audio works, Iman Issa is interested in the relationship between personal experience and forms of collective memory, commemoration, and representation as well as the transformative processes that take place in between. She usually develops her projects over a long time period in multipart series of works, each of which has its own specific visual grammar that interlaces various media with text, factual with fictional elements. In the summer of 2015, Iman Issa was Artist-in-Residence at the 21er Haus; she is now showing part of her series Material in an exhibition at the 21er Raum.

The title Material can be understood quite literally, bearing in mind that the exhibition presents sculptural displays that impress with their clear, reduced formal language executed in wood, metal, or glass, and which are invariably combined with a vinyl text beginning with the words: “Material for a sculpture...” Although these narrative, descriptive texts may allude to concrete objects, situations, and contexts in public memory, they elude conclusive identification and instead leave interpretations open to the interplay of form, reference, and subjective association. The point of departure for each of the altogether ten displays in the series—of which this exhibition presents a sample of six—are the artist’s personal memories and experiences with manifestations of commemoration in public spaces: monuments, memorials, street names, which—as the texts make clear to us—have become dysfunctional in one way or another.

A whole range of associated questions revolving around collective memory and forms of remembrance self-evidently follow on from this, for example: Which functions are they assigned with regard to establishing national identity, constructions of the self and the other, and constant self-assurance? Which type of representation seems appropriate at which time? And which forms of critical actualization are possible today that take a stand against a formulaic visual language? Yet Iman Issa’s objects are not designs for counter-monuments, but rather studies and thought experiments, which are shaped by the ambivalence of remembrance, the immanent failure of translating historic events, subjective experience, and representation, and which set in motion a process of contemplation—rich in associations—about individual and collective memory.