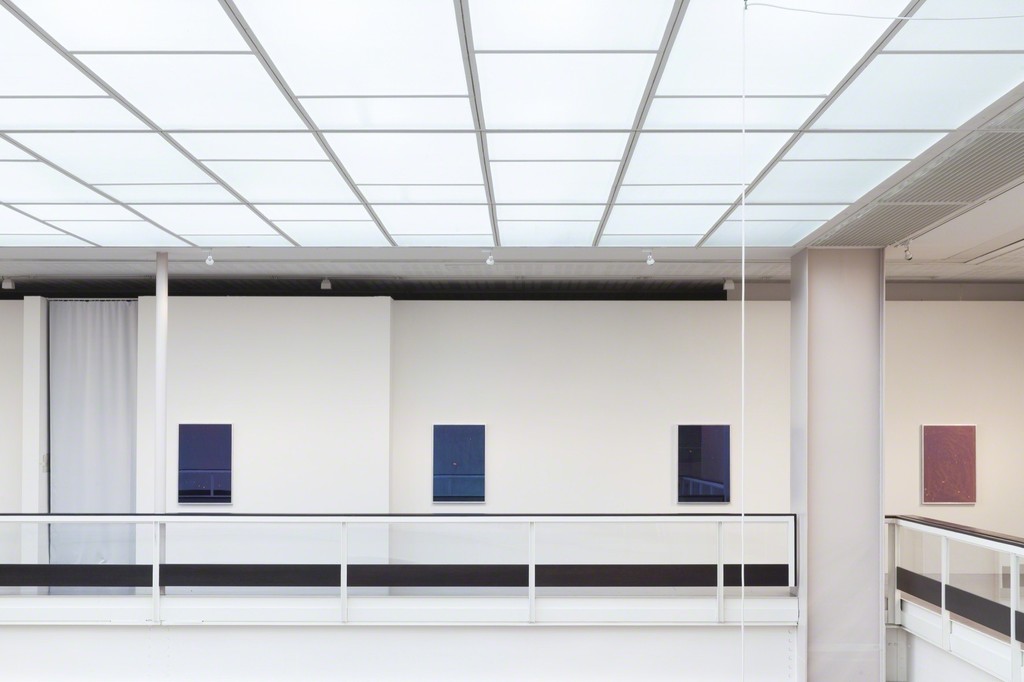 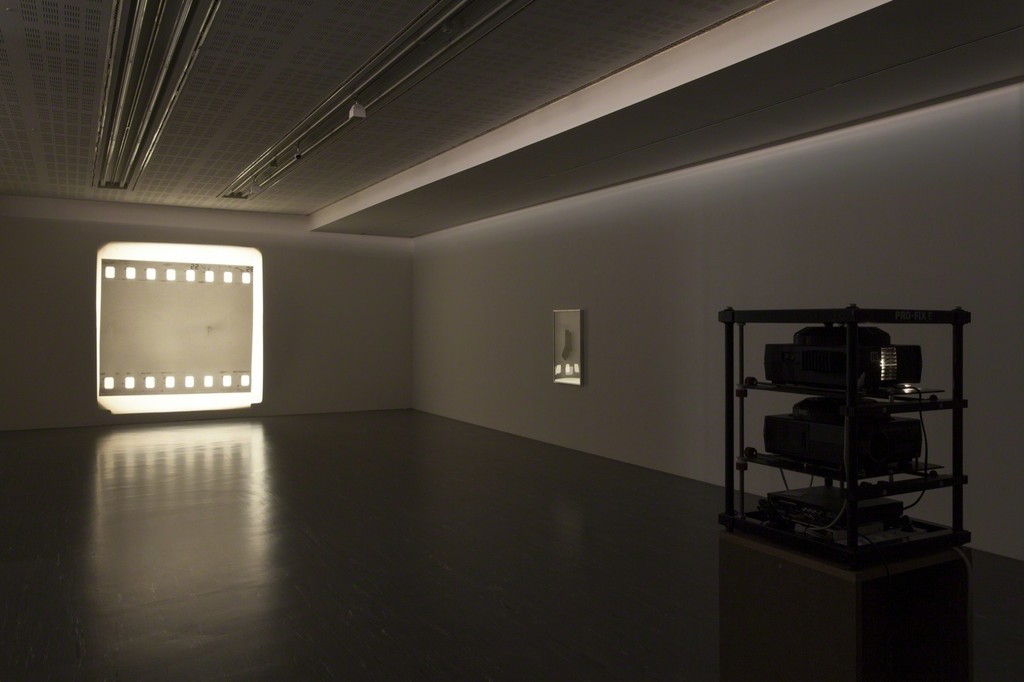 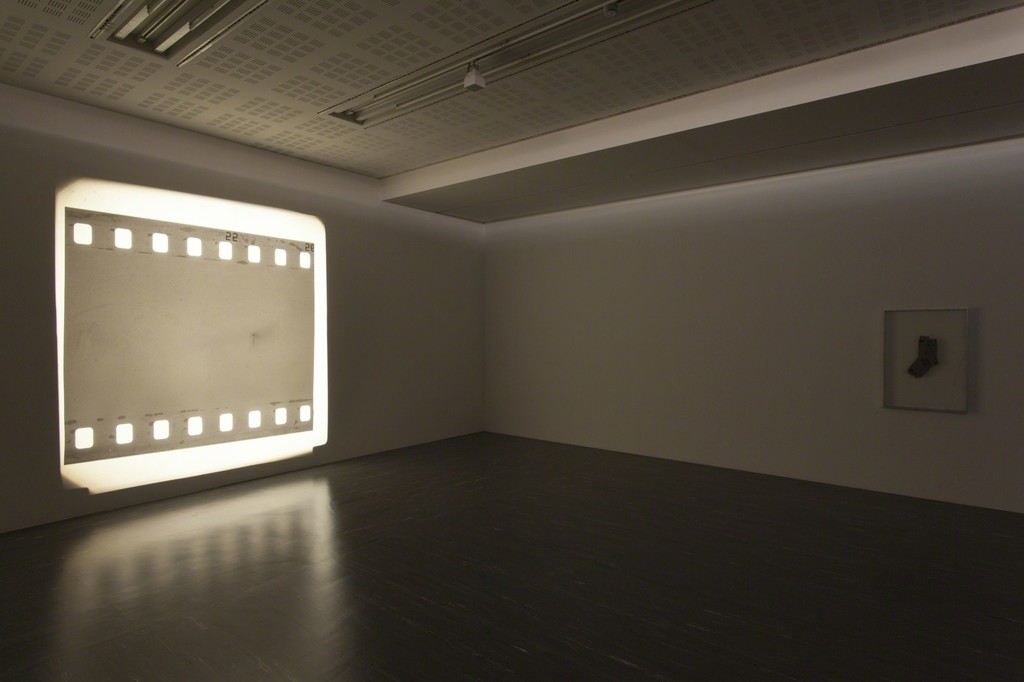 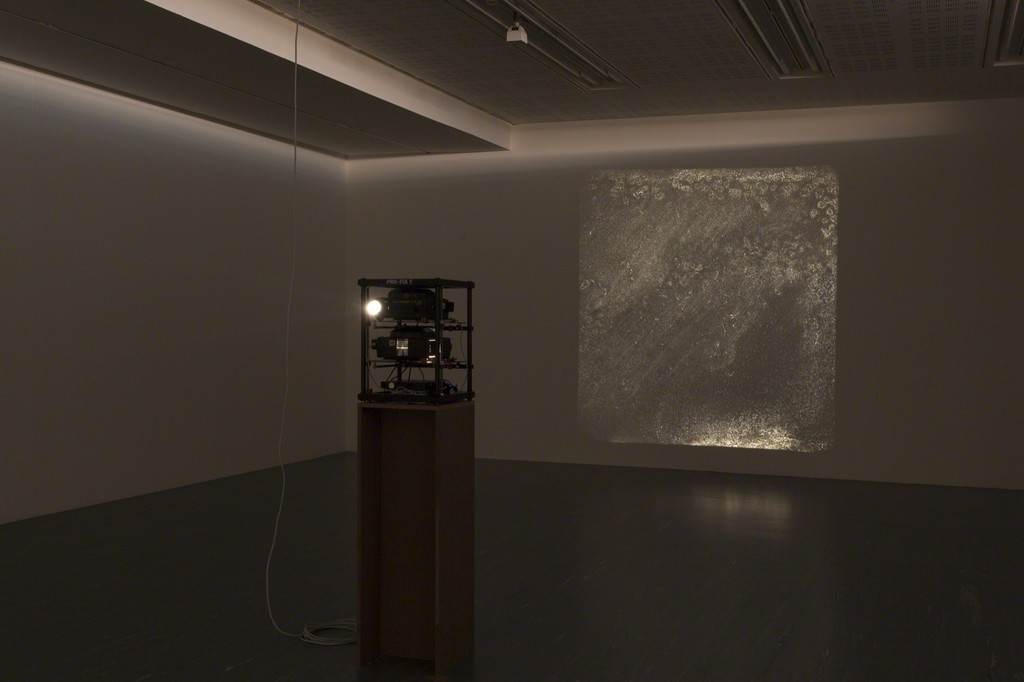 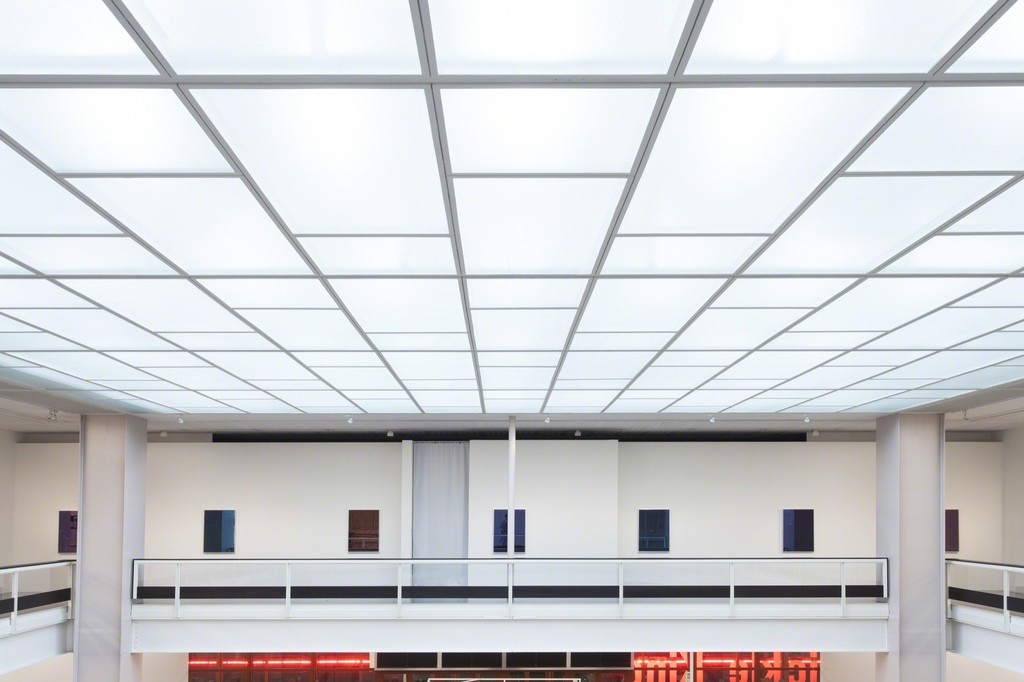 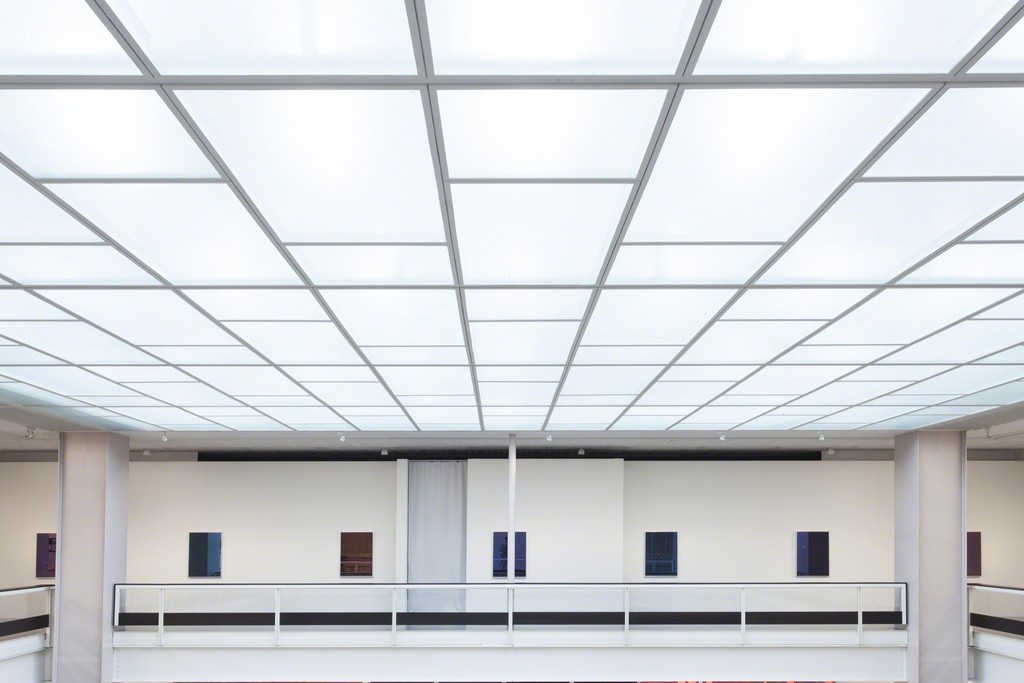 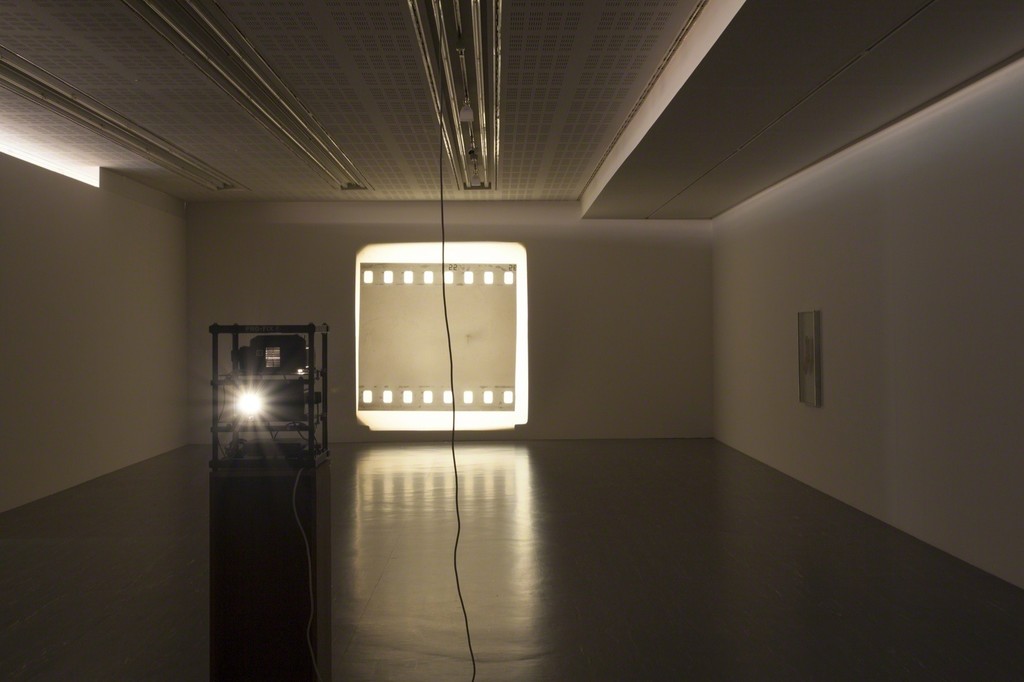 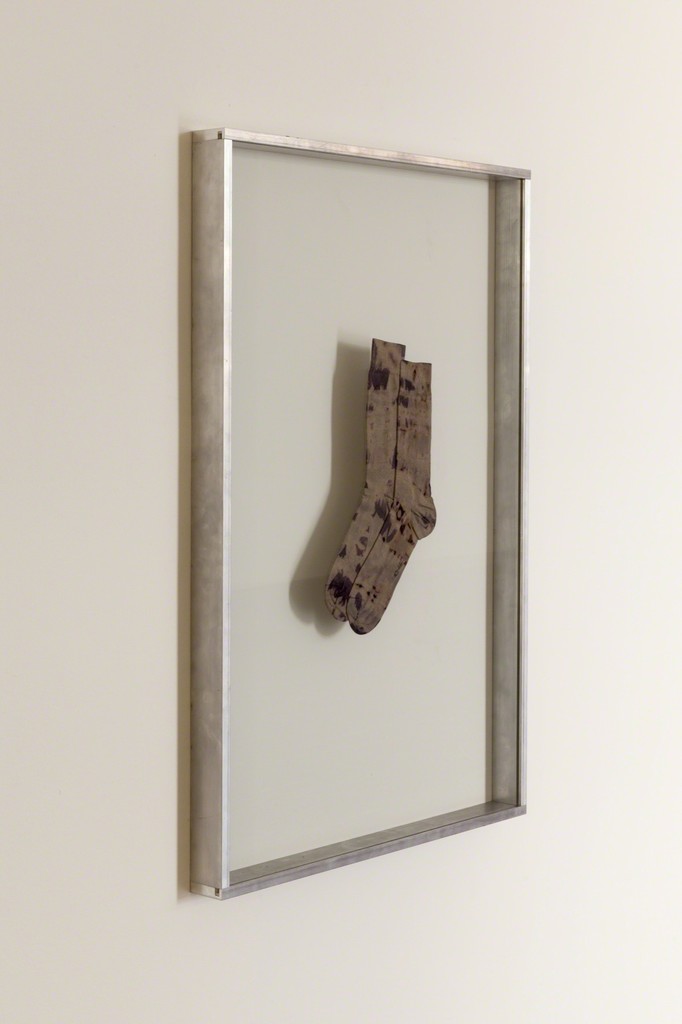 Michael Part works with and about photography. His concentration on the technical requirements of the medium is closely connected to the early history of analog photography. The title of Part’s exhibition, Mercury et al., names an element that was used in daguerreotype to bring out the image during the final stage of the process.

Developed between 1835 and 1839, daguerreotype is considered the first viable photographic process. A plate coated in silver halide is inserted into a camera; the molecular structure of the silver halide crystals is destabilized by exposure to light, which leads to the silver halide being reduced into metallic silver. Subsequently, the image is on the plate is enhanced with mercury vapor. The result is a daguerreotype; the silver areas are where there was little exposure to light. As no negative is used, the image is inverted and unique.

In contrast, the silver gelatin process does not involve the silver halide being reduced to metallic silver due to light exposure, but due to the application of a developer fluid. Selenium can be used to influence the levels of contrast and coloring. Selenium converts the silver into silver selenide, which is a chemically more stable compound than pure silver and makes photographs more durable and hence more suitable for archives.
It is precisely this selenium that is at the fore in a series of Michael Part’s works: silver mirrors on which colorful patterns catch the eye. The way in which the mirrors were produced resembles the silver gelatin process: in both processes, the source material is silver nitrate and the result metallic silver. However, the surface of the mirror does not capture an image with light; instead, selenium is used in an aqueous solution, as is the case with silver gelatin prints. As a result, various patterns emerge that render the use of selenium visible and hence illustrate a chemical process without portraying any motifs—since nothing was exposed to light.

To supplement the mirror process, which lacks any apparatus, the slide installation Untitled (Sodium dithionite et al.) has equipment at its core. On a pedestal is a projection stand in which two slide projectors are mounted. From it, a sequence of images is cast onto the walls opposite; those images refer to further photographic methods and contextualize the production process of the reflecting works displayed on the outer walls both in terms of content and form (namely via their textures).

The works by Michael Part question what the photographic image is; what its role is, above all in terms of documentary purposes; how it differs from other media; and what a photograph as a “light drawing” actually constitutes. His works achieve this by means of experimental configurations that combine the substances around the imaging methods in new ways. The function of chemicals is subverted without losing sight of their relation to photography and their history. What photography can depict is suspended; at what point photography becomes an image is called into question. Where that can be determined from a technical point of view, and whether it is defined as developing or enhancing, is more of a rhetorical question. After all, Part did not use the mercury of the title in his works—which is probably for the best, since the lives of the first daguerreotypists were indeed cut short as a consequence of their work with mercury vapor. In the style of the various treatment methods, however, Part advances a narrative that on the one hand lies beyond the depiction of motifs, and on the other makes the chemical processes themselves the subject of his images—an endeavor that could literally be described as “drawing with light.”