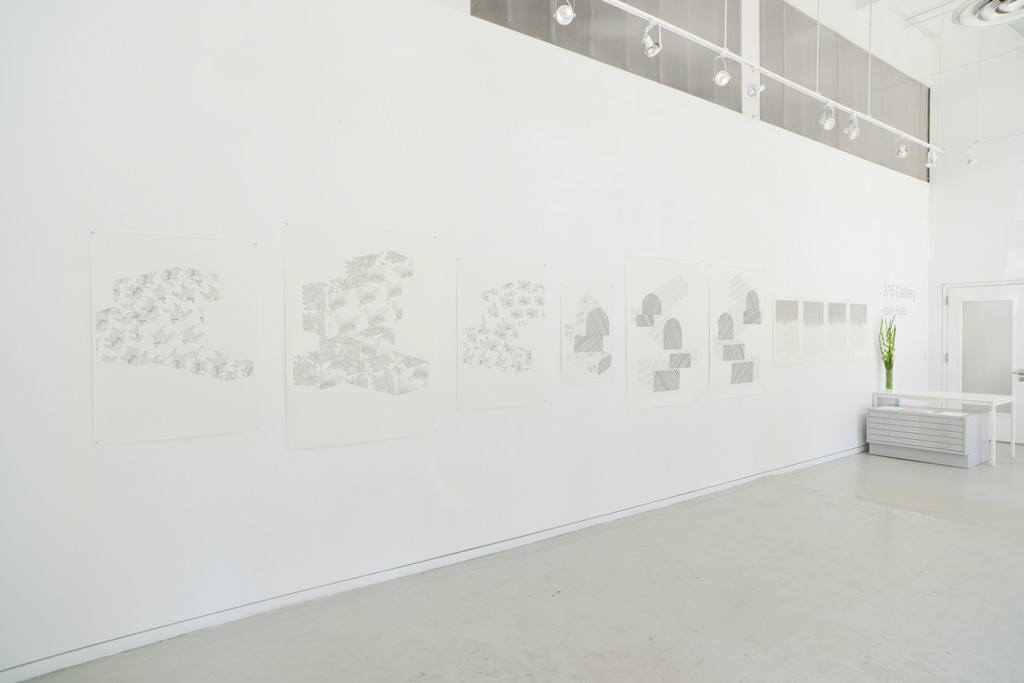 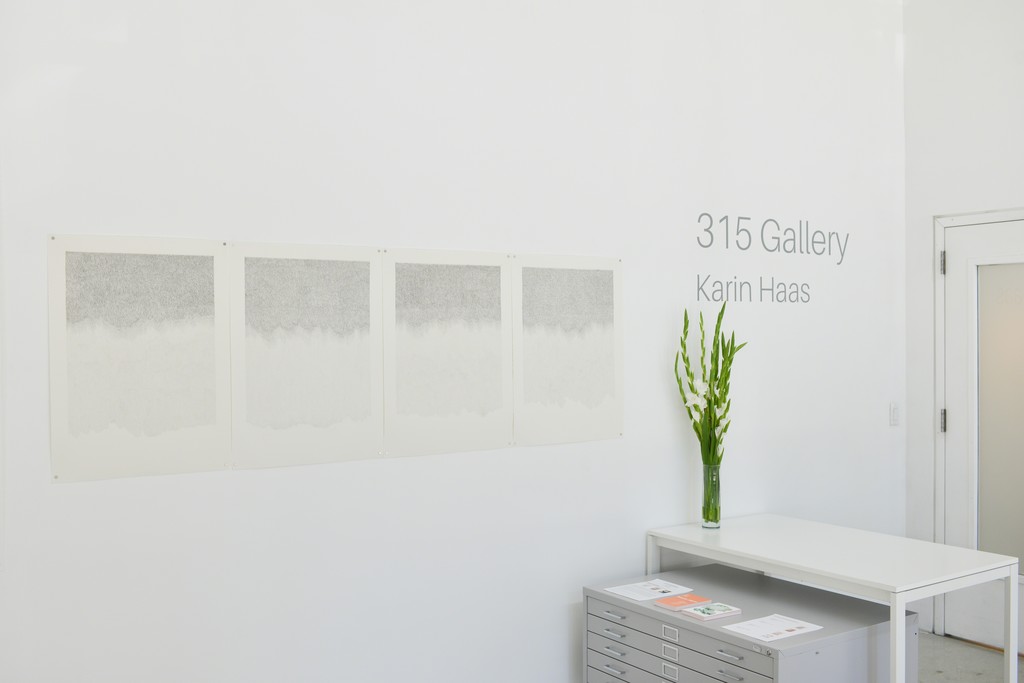 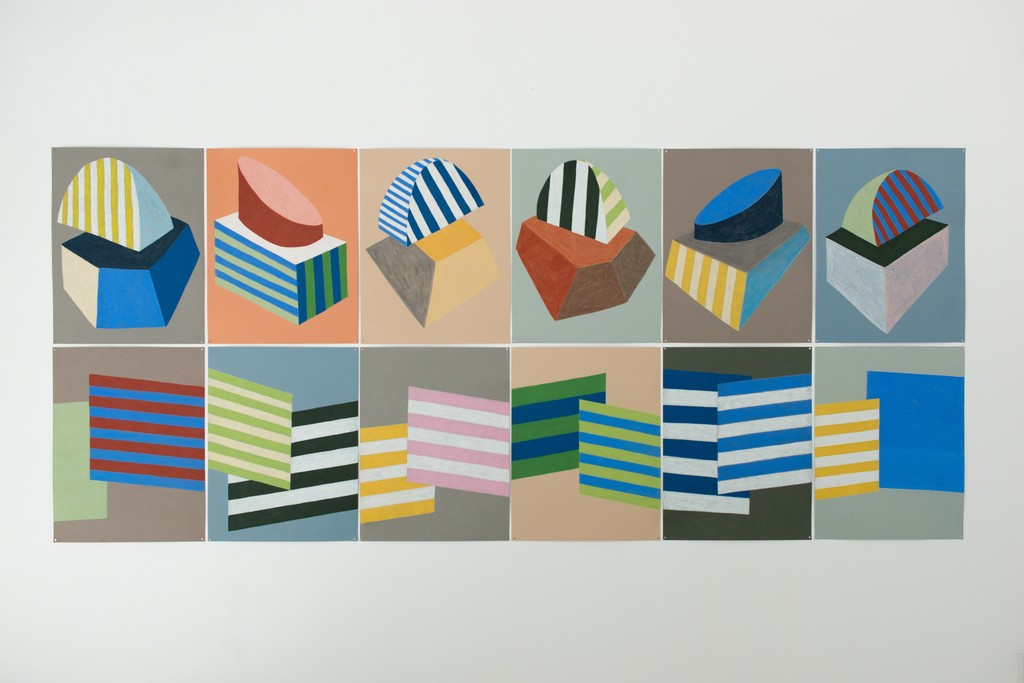 315 Gallery is pleased to present “plants with stripes”, a solo exhibition by Karin Haas. These 26 works are Haas’ most recent exploration on paper and are a natural evolution in her oeuvre. Meticulously rendered by hand, earlier works of Haas’ recall William
Farquhar’s collection of watercolors. However, her painstakingly detailed and scientific drawings morph into kaleidoscopic patterns while remaining hyper realistic.

While still examining natural phenomenon, this new body of work has been domesticated. The flora and fauna are now contained, filling deconstructed three-dimensional spaces within the page. Her traditional pencil works now take on forms of wallpapered shapes stacked in space. Engaging in new forms and mediums, Haas has also begun working in watercolor and pastel. The watercolors take on these sculpted forms while adding
vibrantly radiating stripes. The geometric forms of her pastels skew perspective while
conveying tactility. Viewing these works, one feels as though they have moved through a domestic interior that has then been deconstructed into its essential parts and placed on an object in front of them. Haas’ new work is as much an exploration of the mind as it is her natural surroundings.

Born in 1986, Haas received her BFA in Printmaking from the Milwaukee Institute of Art & Design (MIAD). She now lives and works in New York, NY.