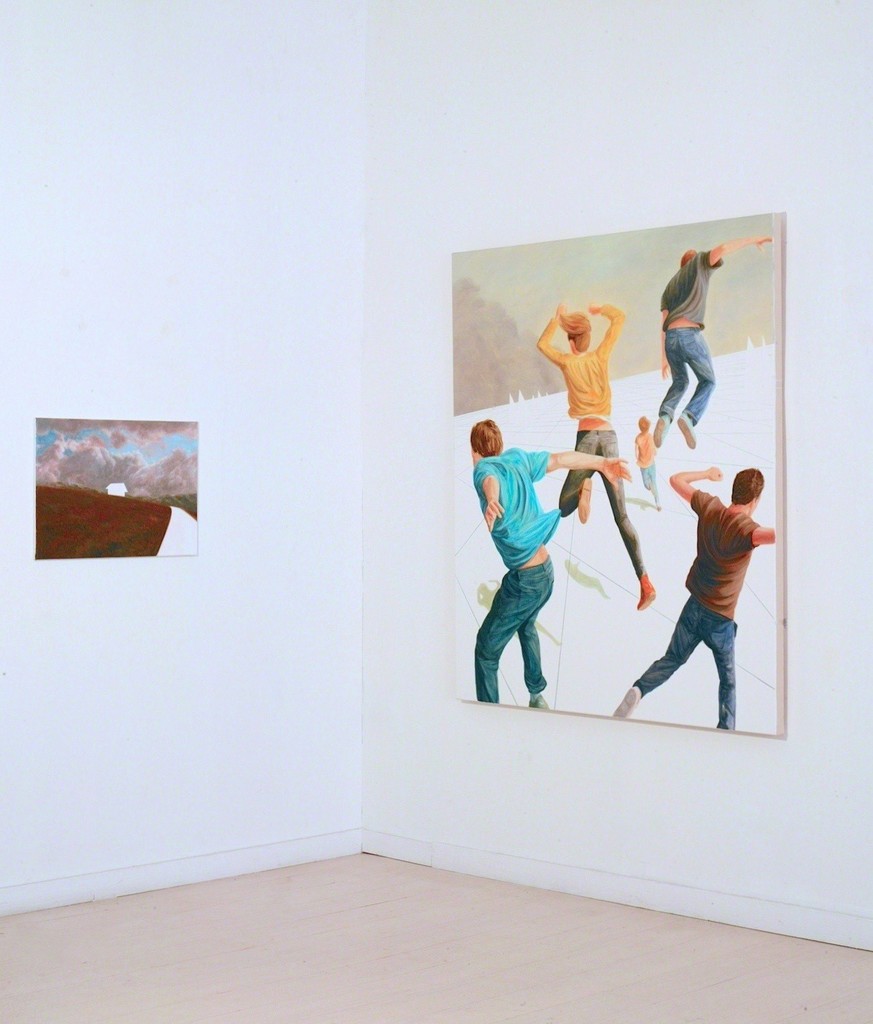 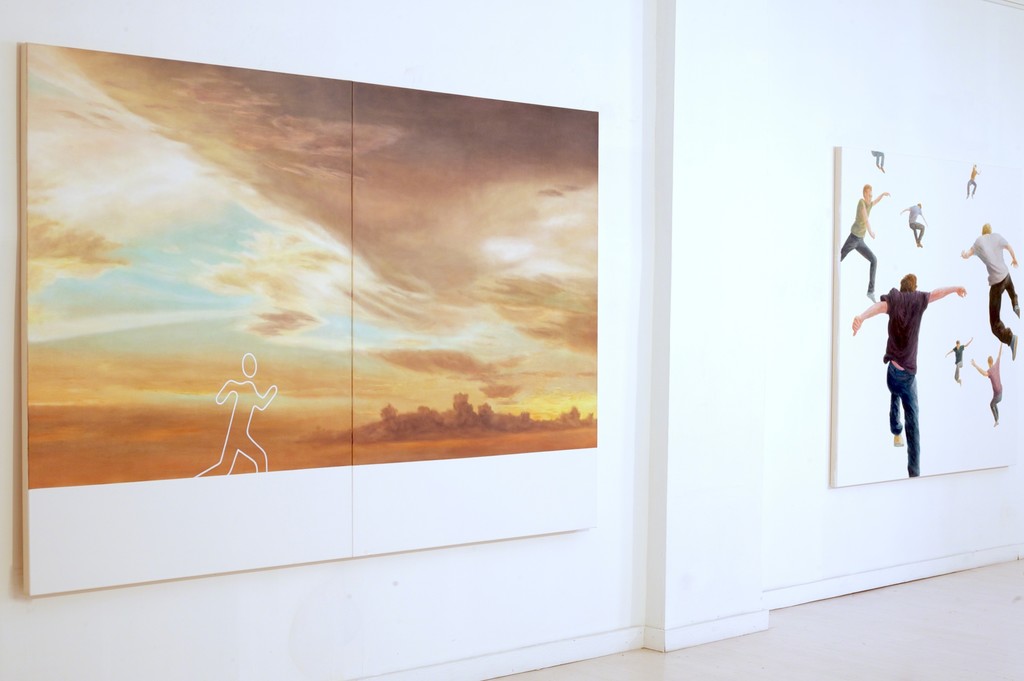 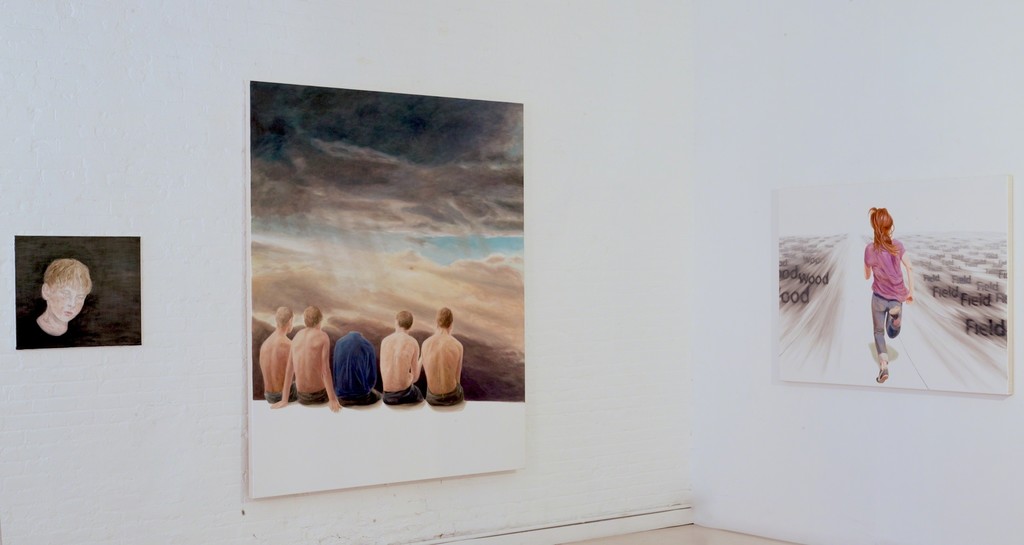 Bernard Ammerer
Interface
May 19 – June 18, 2016
A woman races from nowhere to nowhere through an indistinctly rendered forest. A loose scattering of young men hovers in a strange white space, suspended in time. Solitary wanderers traverse barren plains toward destinations that loom invitingly in the distance, yet fade into disheartening insubstantiality upon arrival. At every turn, there is the sense of something forever sought but never seized.
In his first solo show at 532 Gallery Thomas Jaeckel, Bernard Ammerer depicts a private domain of desolate landscapes and vaguely restless figures that would border on the surreal if it didn’t feel so eerily familiar. Across the exhibition’s dozen canvases—all from this year and last—we see small cliques of physically and psychologically isolated people at uneasy rest or in frantic motion; cloud-filled skies looming serenely over flat, featureless, stark-white plains; and lone travelers in obscure territories that are shrouded in fog, reduced to cartoonish black silhouettes, or completely replaced with generic words—Wood, Field—that diminish nature to an worthless and empty abstraction.
Ammerer’s pointed and ironic titles often hint at the somber thread of disaffection that ties these works together. Interface—a six-foot-square canvas depicting a constellation of nondescript young men in jeans and t-shirts frozen mid-leap in a white void—is most notable for the palpable lack of physical and psychological interaction among its inhabitants. Fulfillment Problem—that bland euphemism from the realm of online commerce that so often signifies corporate ineptitude and consumer frustration—is paired with the image of a cloudy yellowish sky overrun with a chaotic, maze-like swarm of identical running figures lifted from a Children At Play traffic safety sign. The infantile and perpetually unsatisfying urge toward instant gratification that’s satirized here is subtly underscored by Boyhood, which presents the sad and wistful disembodied head of a child floating alone in a dark, nebulous space. It’s the only place in these works where an actual face can be seen, and its stark difference from the other canvasses hints at an irrevocable loss of naive serenity that no hoard of shiny toys, transient pleasures, or wanderlust can amend. The moral—for Ammerer’s oblivious protagonists as well as us—is perhaps best embodied in Home, with its ghostly white house at the end of a blank path in a barren field: far too often, our ill-considered quests away from ourselves in pursuit of the Next Perfect Thing leave us alone and exhausted before a hollow apparition.
Bernard Ammerer (1978) lives and works in Vienna. He graduated University für angewandte Kunst, Wien in 2010 and is the recipient of the Strabag Art Award.
Recent exhibitions include “Vorher Nachher” Galerie Frey Wien (solo), Dagong Art Museum, Qingdao (group), ”Subjects” Galerie Drees, Hannover, (group) “A Better Place” Galerie Frey, Salzburg,(solo) “You Choose” Berlin Art Projects, Berlin(group)
For further information, please contact 532 Gallery Thomas Jaeckel by phone at 1.917.701.3338, or by e-mail at [email protected]