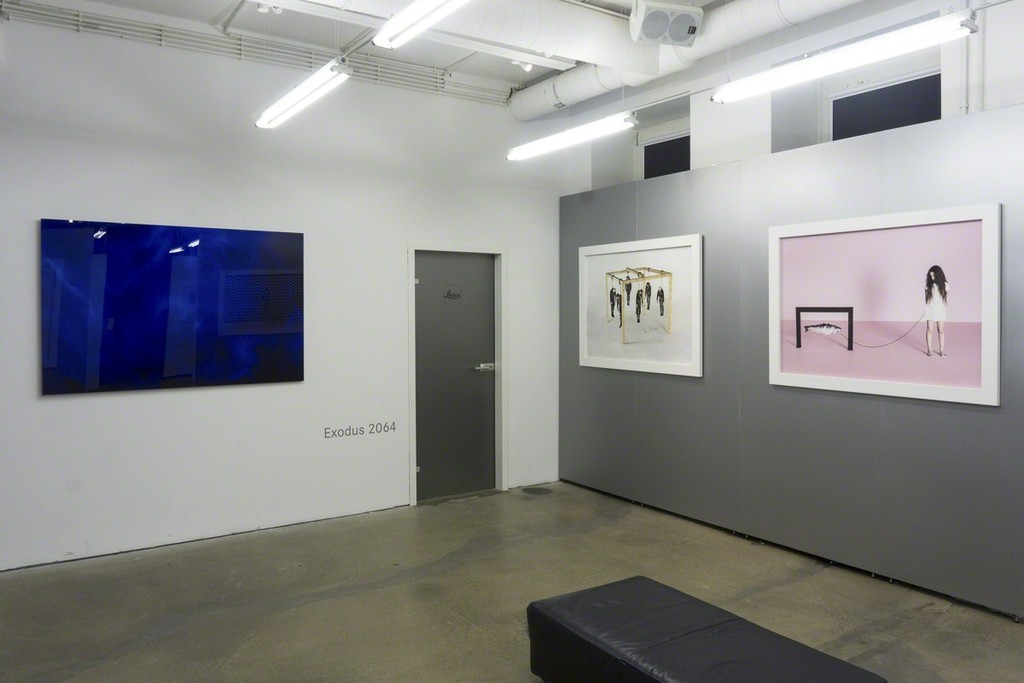 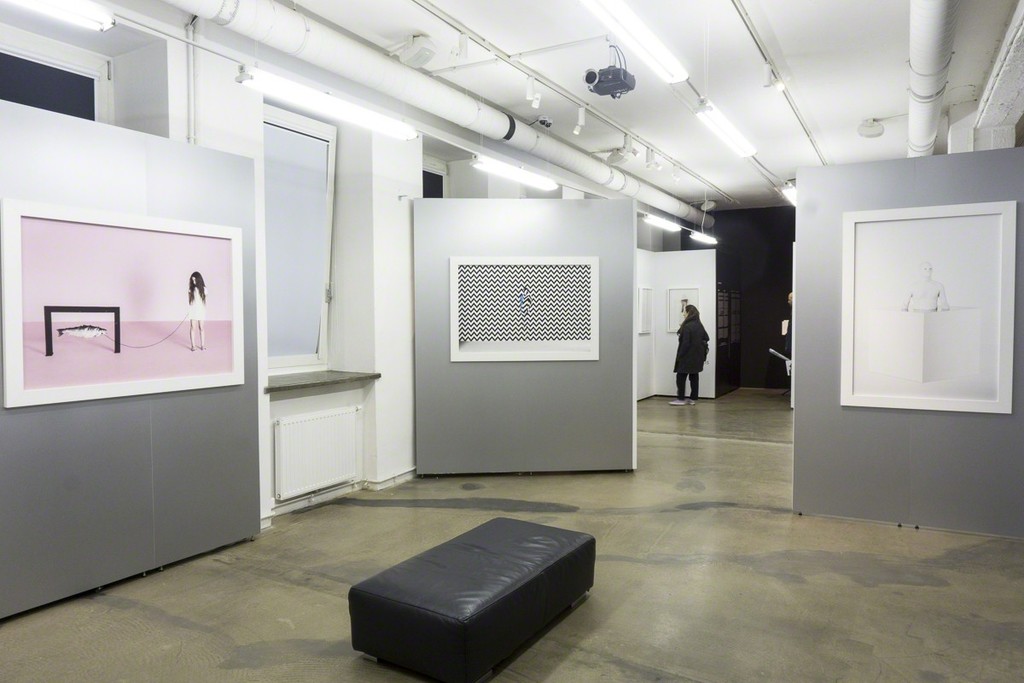 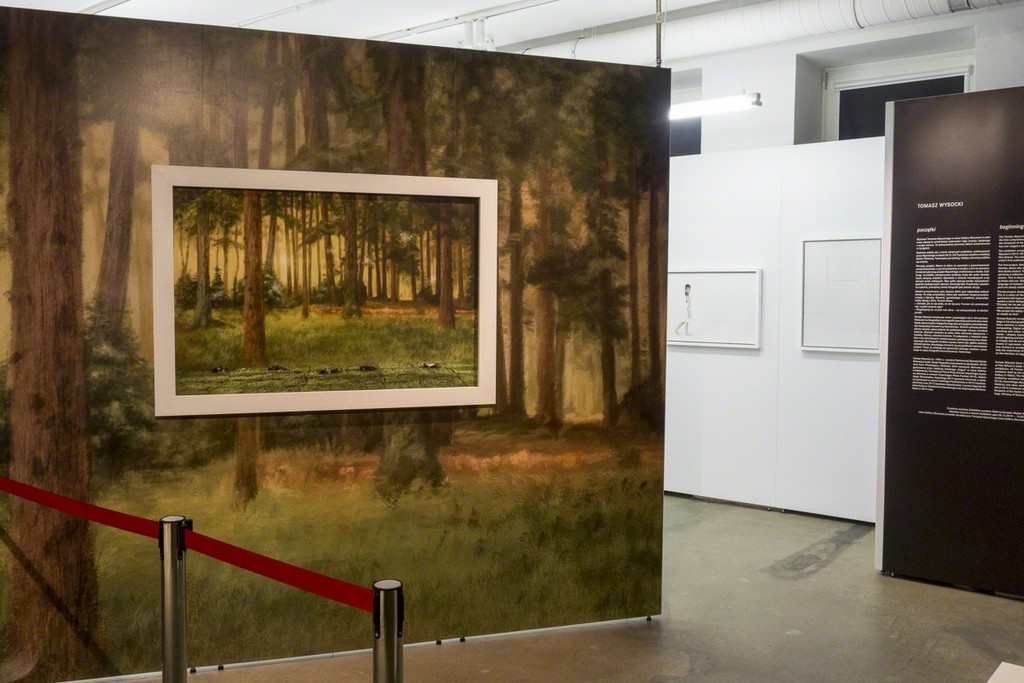 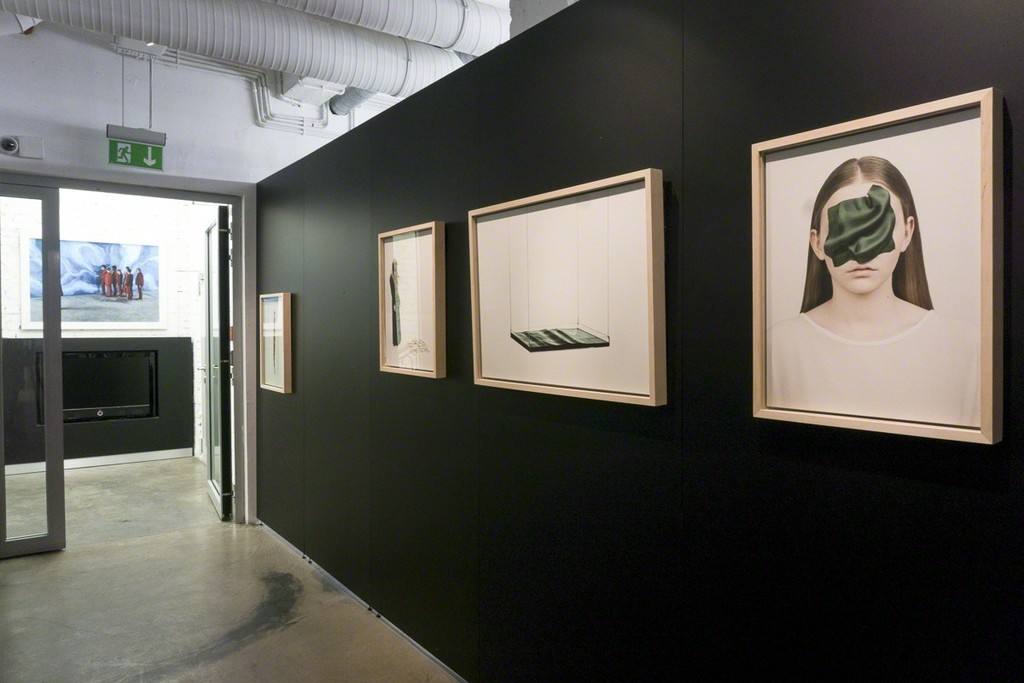 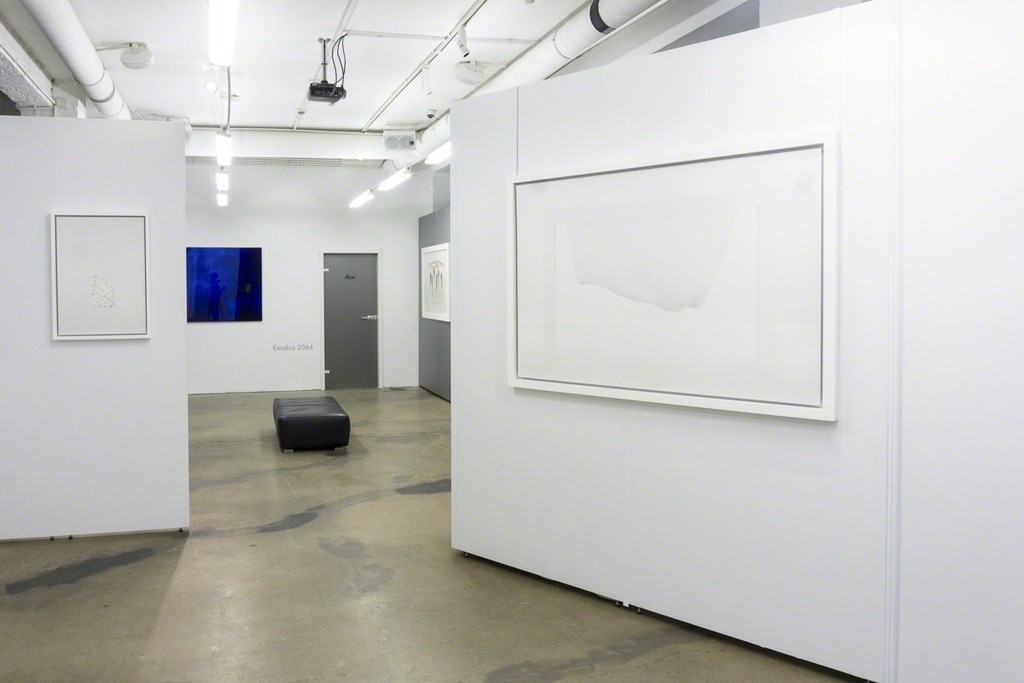 The exhibition curated by Rafał Łochowski & Wojtek Wieteska comprises three separate projects carried out by Wysocki in 2013—2015, during the course of his studies at the Łódź Film School. The exhibition is accompanied by a photobook — the artist’s first publication.

The first project, Return to Eden, is a story about trying to find our identity, about who we are, inside and out. This is also Wysocki’s first studio project.

The second cycle of images, In-visibilis, was inspired by a collection of fashion for blind people, and relates to the senses. This is about a world for those who cannot see arranged by those who can. Both cycles make use of a highly ascetic artistic language of isolated events. White predominates. People and objects are clearly visible — but the real theme of the image is obscured.

The last project, Exodus 2064, is the most spectacular of the three. This is a vision of the future that has come out of the artist’s experiments with hypnosis. When talking about this project, Wysocki quotes a short dialogue from the film The Truman Show:
“Christoph, let me ask you, why do you think that Truman has never come close to discovering the true nature of his world until now?”

“We accept the reality of the world with which we’re presented. It’s as simple as that.”

Tomasz Wysocki constructs his world and the people in it. The settings in his photographs are created with a specific frame in mind. Every element is meticulously arranged with no manipulation or compositing. Digital editing technology is only used for basic retouching and colour correction. Wysocki juxtaposes diverse elements — shapes, textures and shades of hues. The combined use of soft lighting and the frozen movements of his subjects gives rise to images that do not leave a trace of such typically photographic means of expression as depth of field, multiple planes, the decisive moment or accidental behaviour of the subject. These works defy the restrictions of a single medium and position themselves on the interface of staged photography and painting.