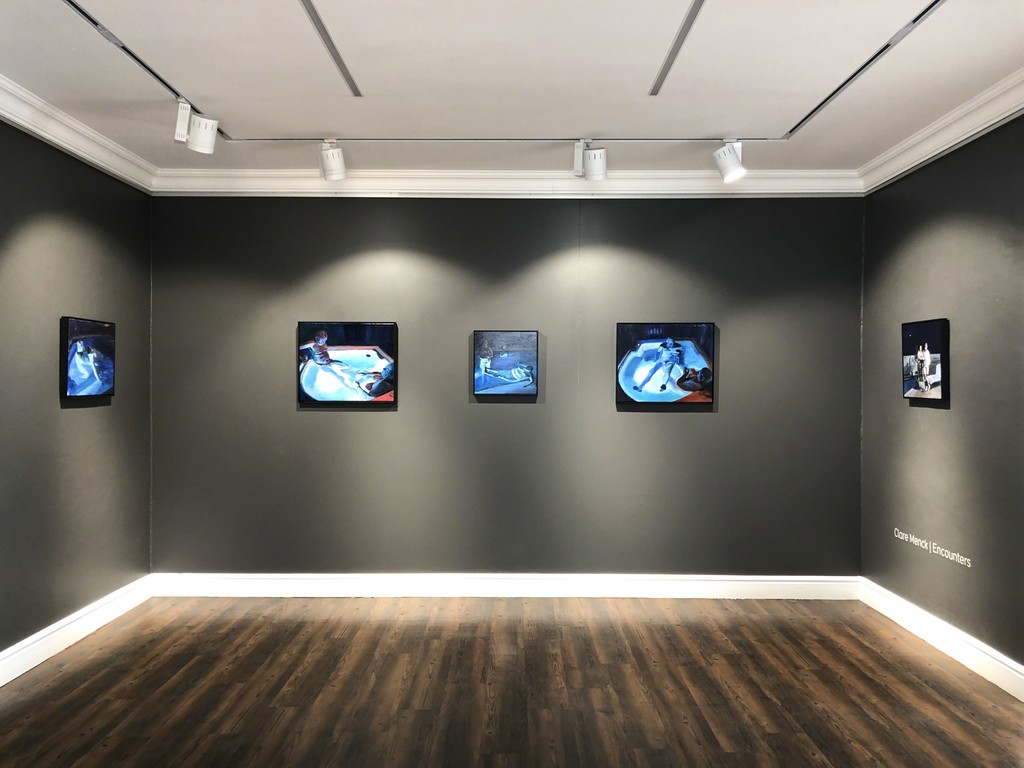 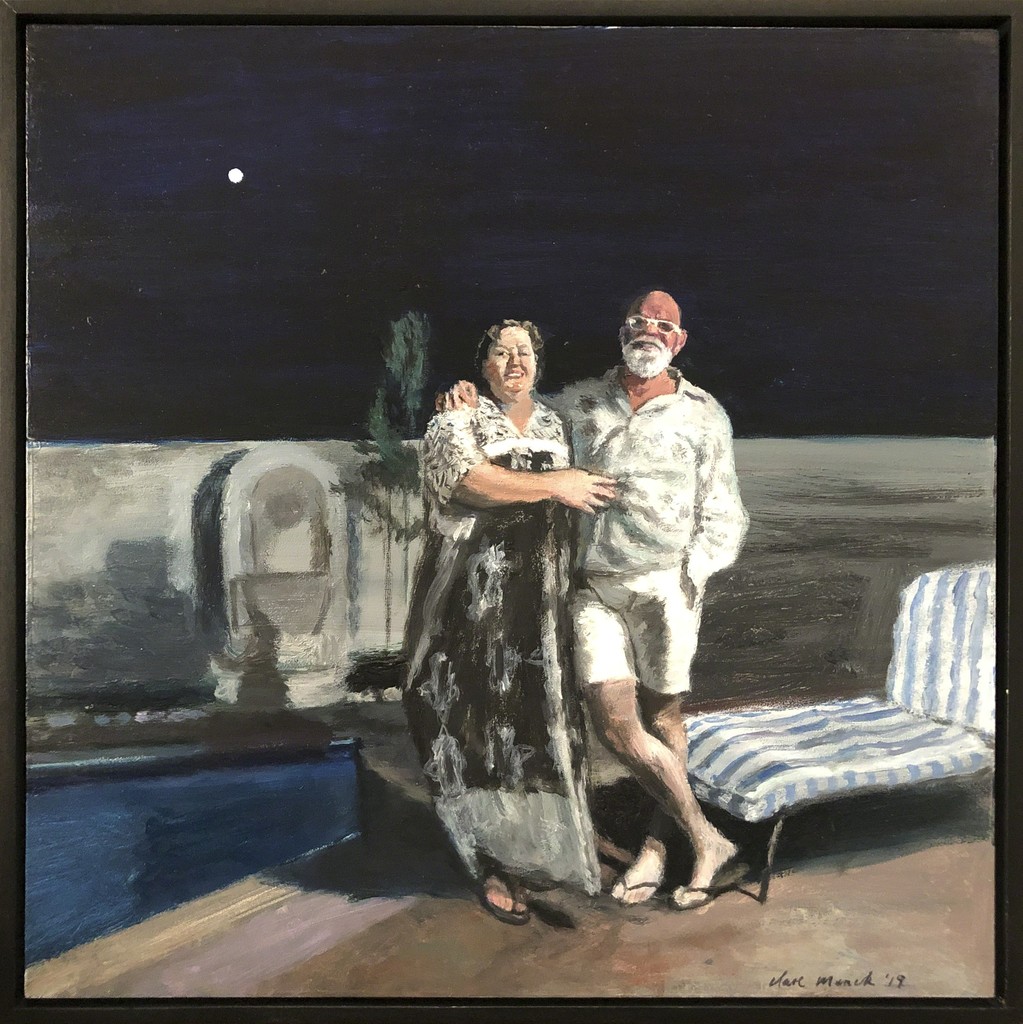 In this body of work Clare Menck happens upon a tongue-in-cheek 'Garden of Eden' theme. She arrests the viewer with her voyeuristic gaze upon couples that pose (and yet do not pose); self-absorbed in their own world but keenly aware of their audience. References to historical figures such as Pierot and Pierette (from 17th Century French literarture) and Adam and Eve (sometimes Eve and Eve) imbue the paintings with a particular melancholic atmosphere that draws to mind the painter Watteau's notion of 'Fin de siècle' - the pathos of the end of an era. Indeed Menck's work is a visual translation of her own era. They provide a contemporay take on historical themes within the tradition of painting.
The idea of 'paradise arrested' or 'paradise threatened' (expulsion from paradise is symbolized by several single figures turning away from the viewer) is further fleshed out in the series of hounds around pools with their uncanny, listless and hovering poses of unpredictable mood.